A MUM has learned to love herself again after cancer ate away at her bones and left her permanently disfigured.

Miia Saarinen has now said she has made peace with the way she looks, despite the fact that people stare at her wherever she goes. 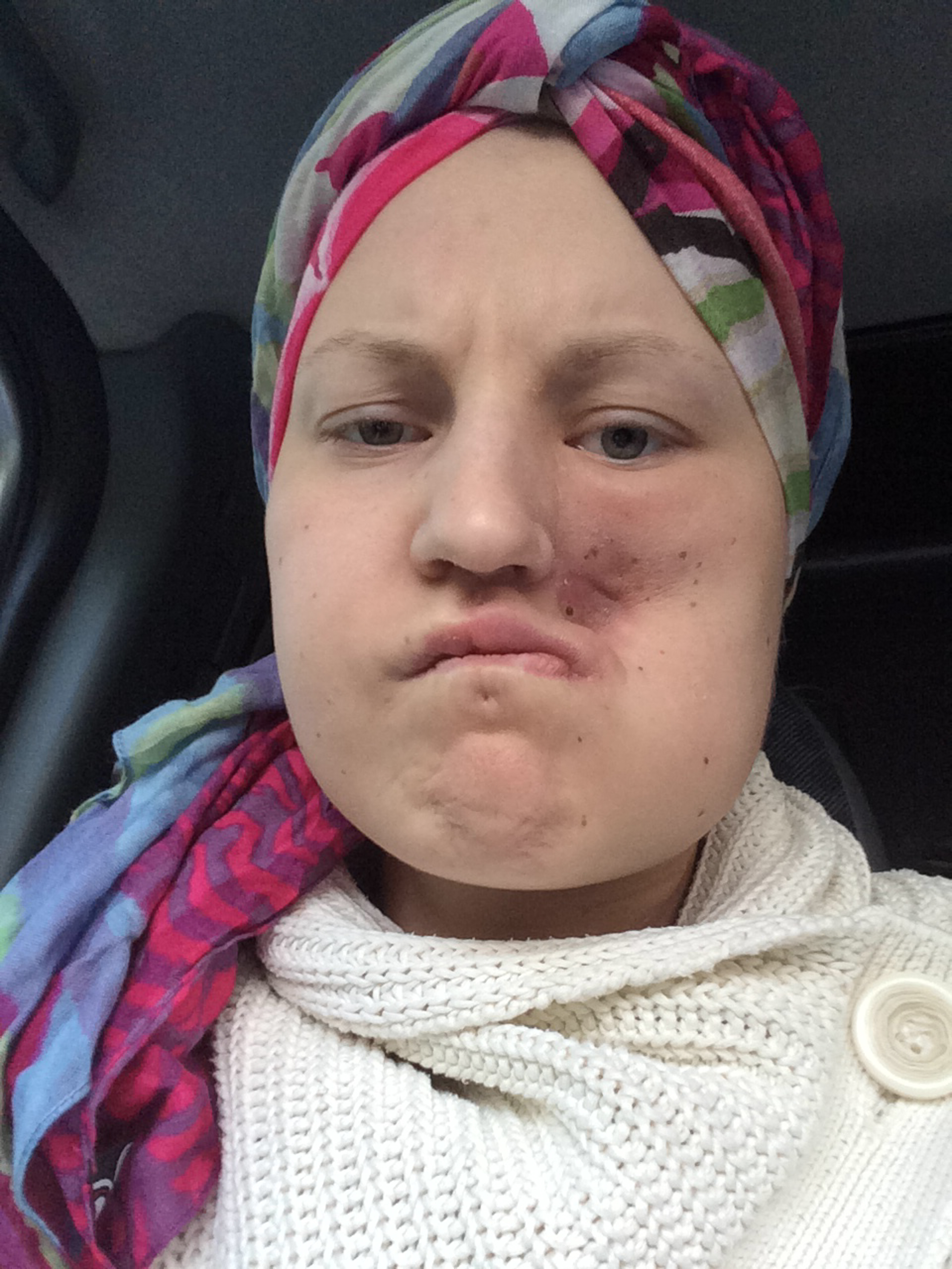 The 33-year-old from Finland noticed she had a blocked nose in October 2014 and decided to visit her doctor.

There she was prescribed antibiotics for sinusitis.

After a week of taking the antibiotics her symptoms weren’t getting any better.

Doctors performed puncture tests and X-rays which caused her to pass out and her nose to bleed for hours. 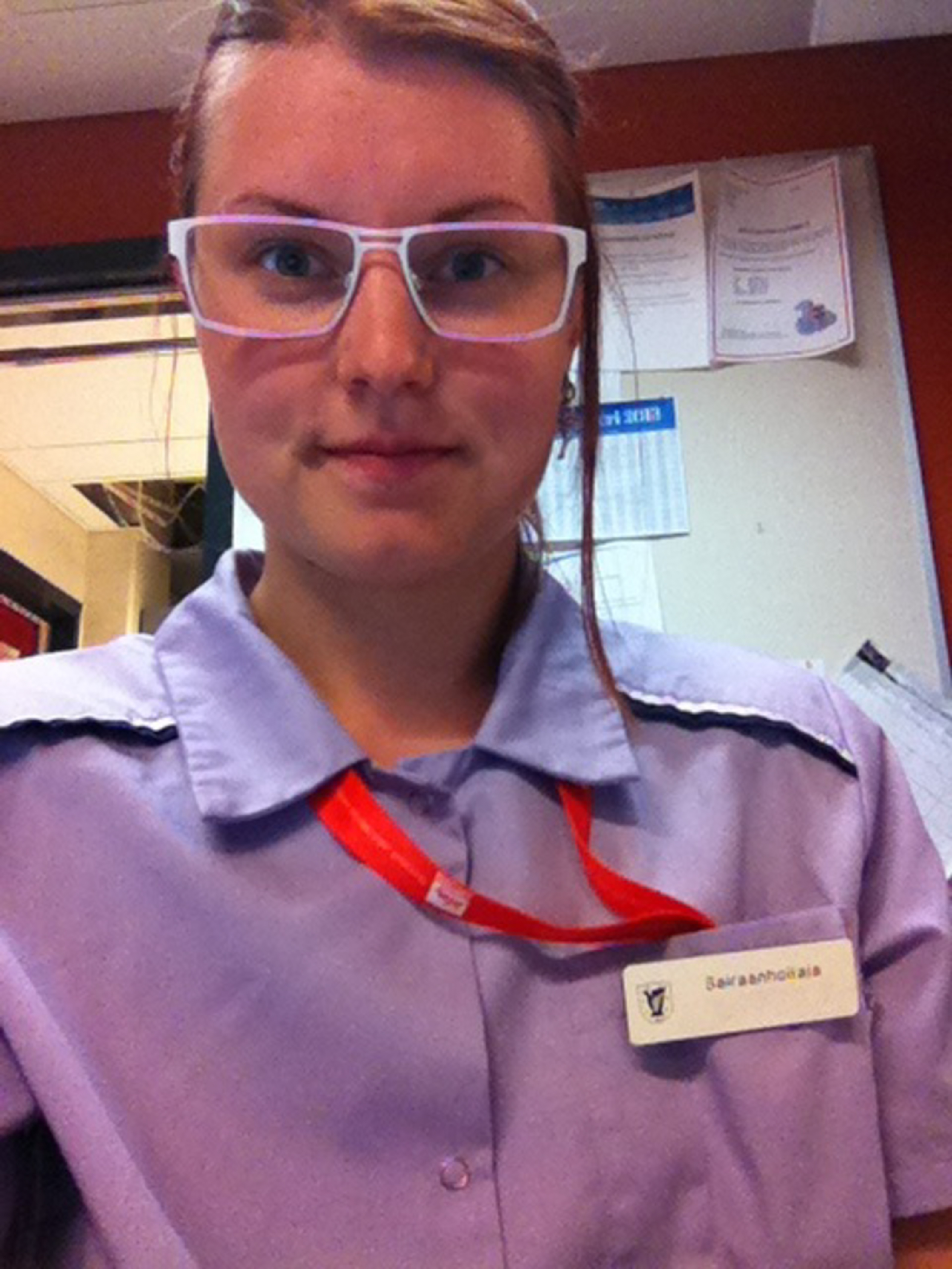 After being referred to a specialist she was diagnosed with rhabdomyosarcoma in December 2014 – a rare cancer in adults that was ‘eating’ the bones around her left sinuses.

Miaa, who is a stay-at-home mum, underwent 10 facial surgeries after doctors discovered the 5cm tumour.

Whilst chemotherapy shrunk her tumour, it further destroyed the bone in the left side of her face, so doctors performed an intense 12 hour operation that left her face permanently disfigured.

Miaa began to lose all confidence because she felt insecure about the visual effects of cancer that meant she had no hair and no face. 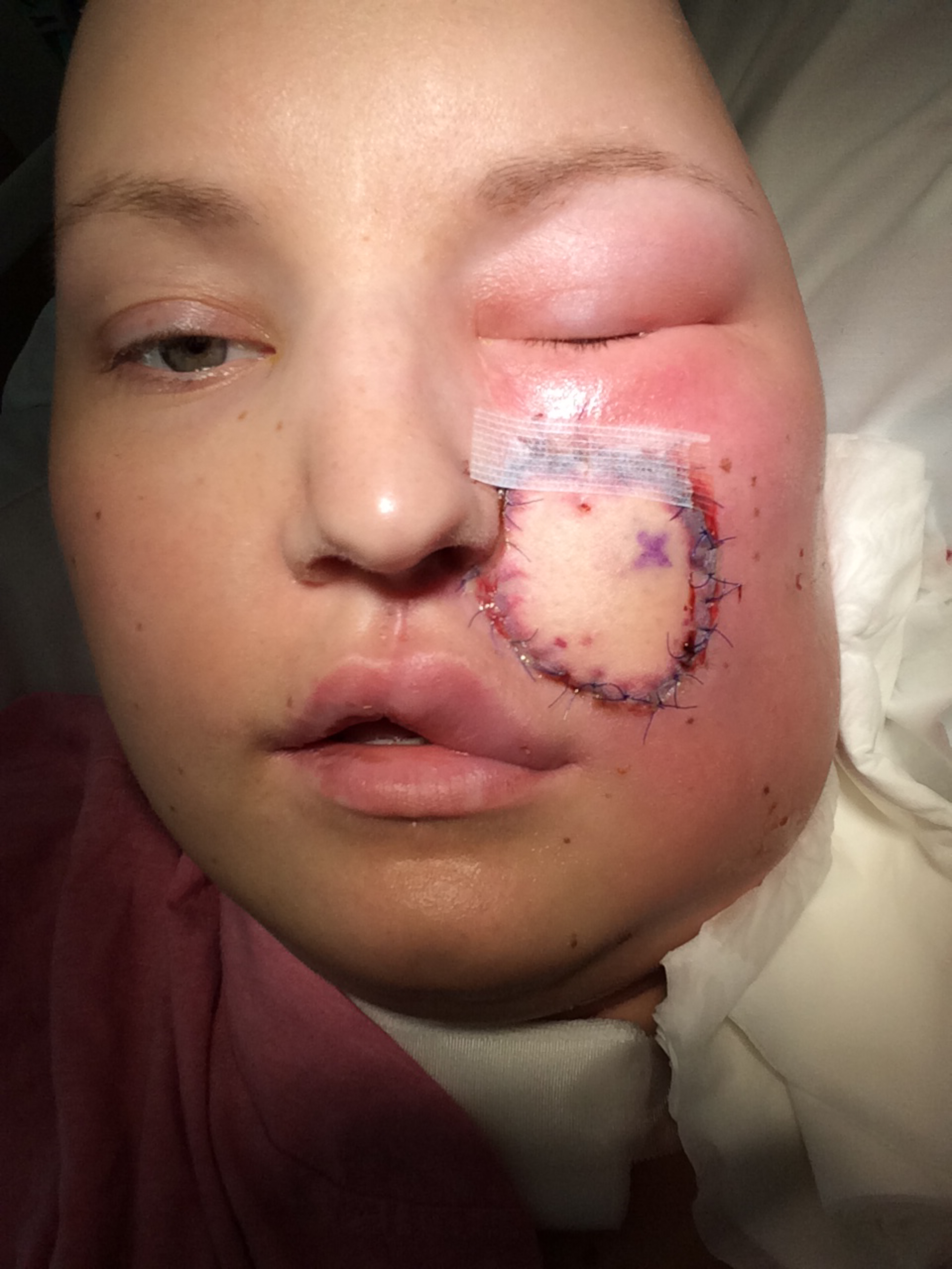 In the last five years Miaa has had a further nine facial surgeries and has been given the all clear.

“The first big surgery to take off the tumour and reconstruct my bone was the hardest part of my journey – I lost my face, my smile and myself”, she said.

“I was a funny looking, skinny bald girl with no teeth and a funny face with scars all around my body.

“I avoided people for a long time, so much that it was really hard to see even my closest friends.

“I was cancer free, but my life was a mess.”

Rhabdomyosarcoma (RMS) is a type of soft tissue sarcoma that grows in active muscles of the body.

They are extremely rare – about 3,300 new cases are diagnosed each year in the UK.

These are muscles we control (for example, to move arms or legs).

The most common places for rhabdomyosarcoma are the head, neck, bladder, vagina, arms, legs and trunk of the body.

Very rarely, rhabdomyosarcoma can also be found in other places, such as in the prostate gland, middle ear and bile duct system.

There are three types of rhabdomyosarcoma which affect different age groups: