It was nearly the purrfect crime.

A Louisiana couple called police when they repeatedly found someone else’s threads strewn around their yard — only to learn that the culprit was their own kleptomaniac kitty.

The mysterious ‘tail’ began last month, when Heather Bardi, of New Orleans, first spotted a stranger’s gray tank top on her patio chair, along with other duds in her backyard, she told Kennedy News and Media.

“I found one sock in the backyard which really freaked me out initially because I didn’t know it was the cat and thought a prowler that had some laundry stuck to a leg had climbed in,” Bardi, 36, told the outlet.

Over the next few weeks, she also discovered bikinis and torn boxer shorts eerily laid out in her yard.

The cops were called, and stopped by periodically to check on Bardi’s welfare, but were otherwise stumped.

The case busted wide open on on June 25, when Bardi spotted the suspect red-pawed — 3-year-old Admiral Galacticat, with a sock in his mouth.

“When I saw him it was like I had an epiphany, I was excited to finally figure out what was happening,” she said. “I was also feeling kind of embarrassed because my husband had called the cops and filed a report and had them drive by periodically to make sure there wasn’t a prowler, at least not a human one,” she said. 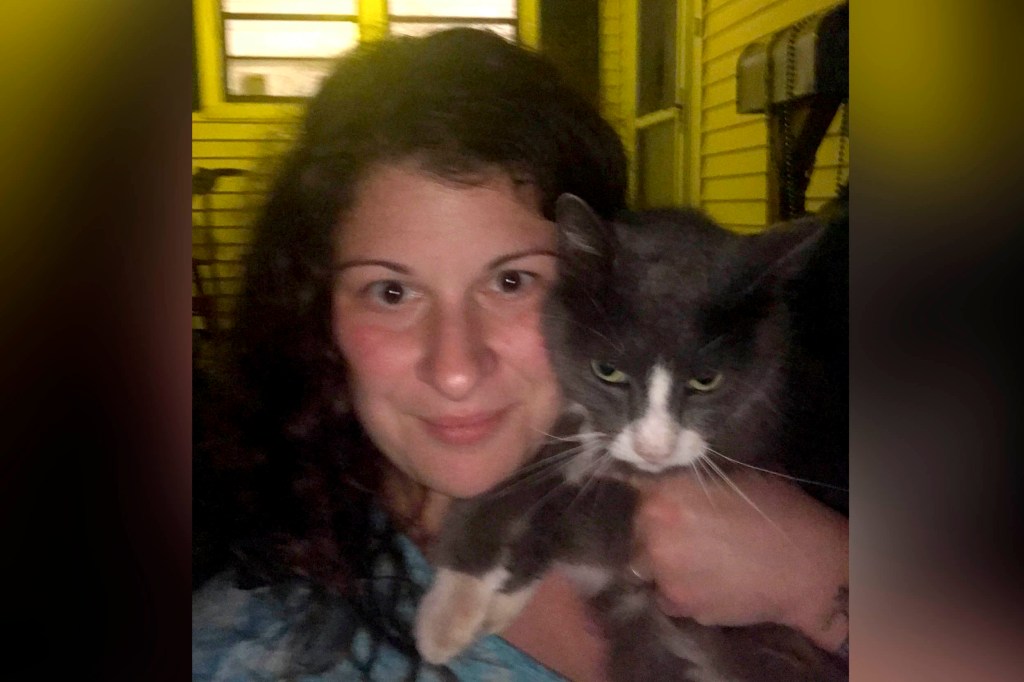 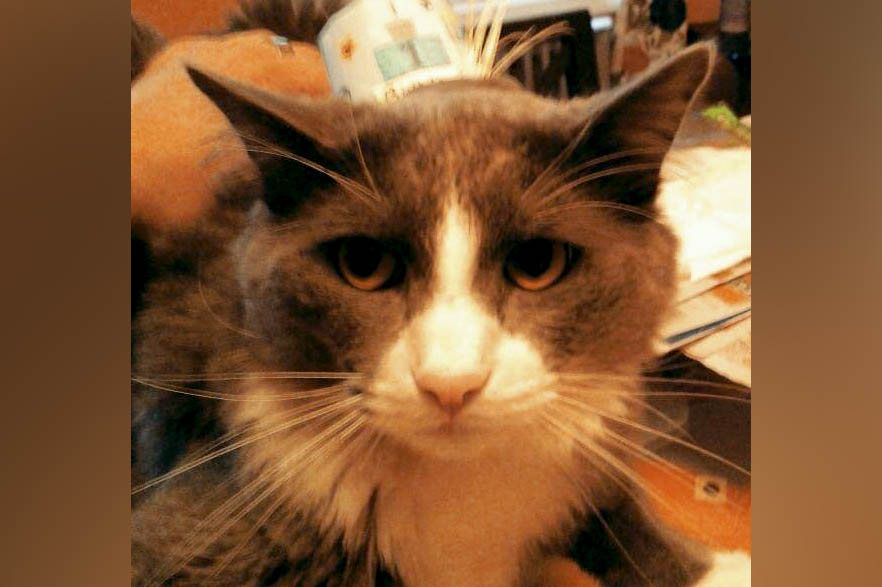 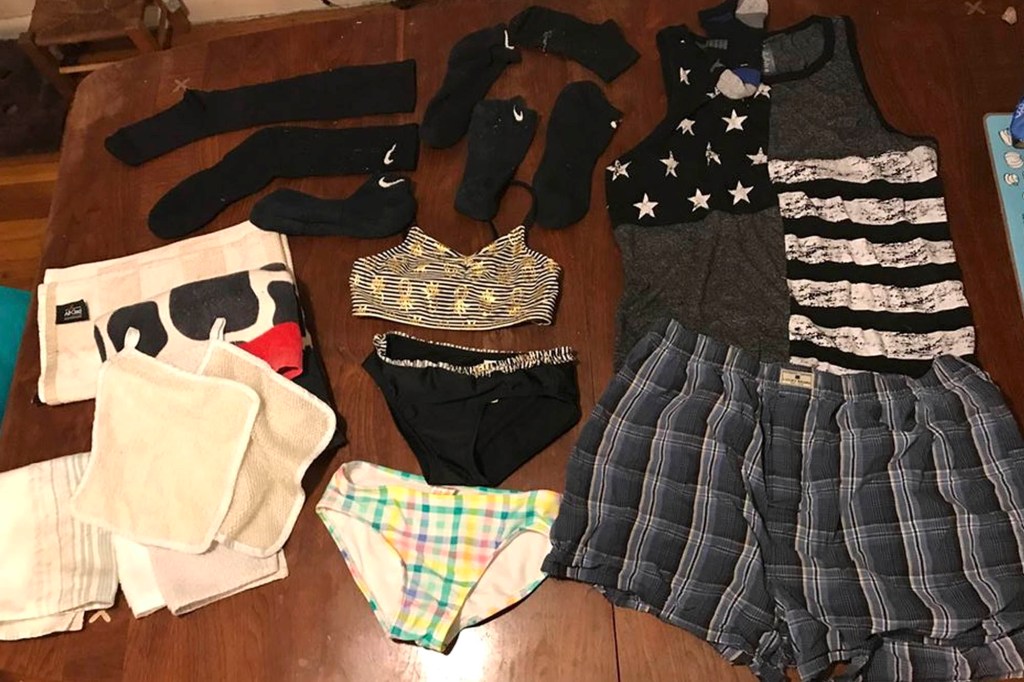 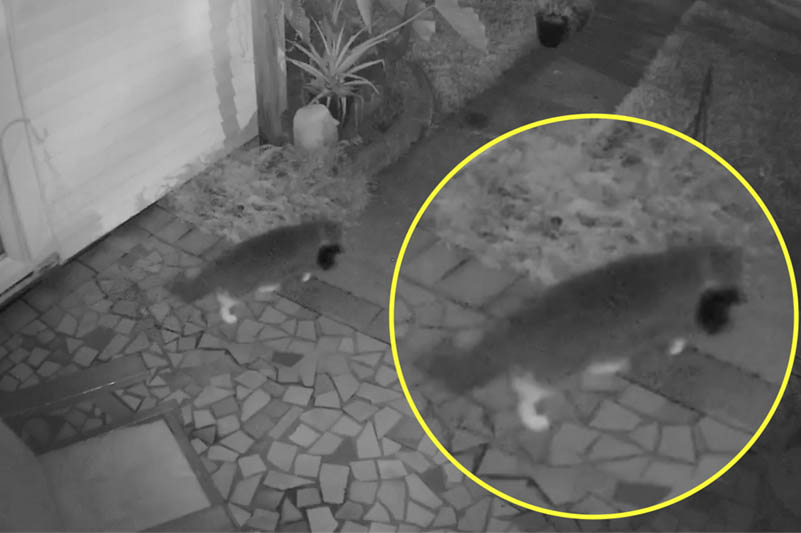 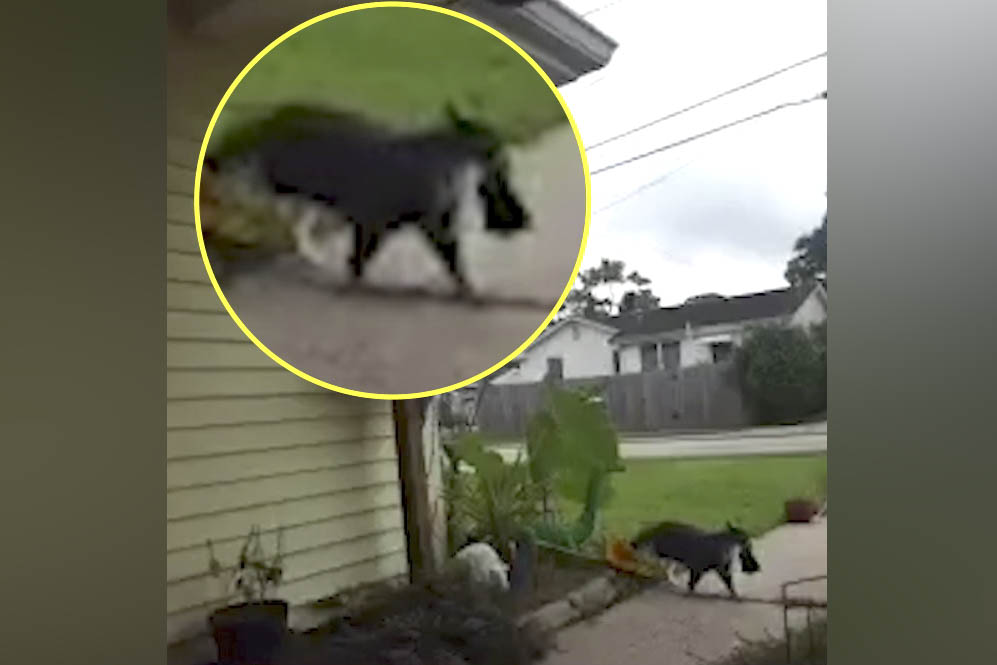