REPUBLICANS have introduced legislation to protect monuments and statues, after dozens were toppled and vandalized. 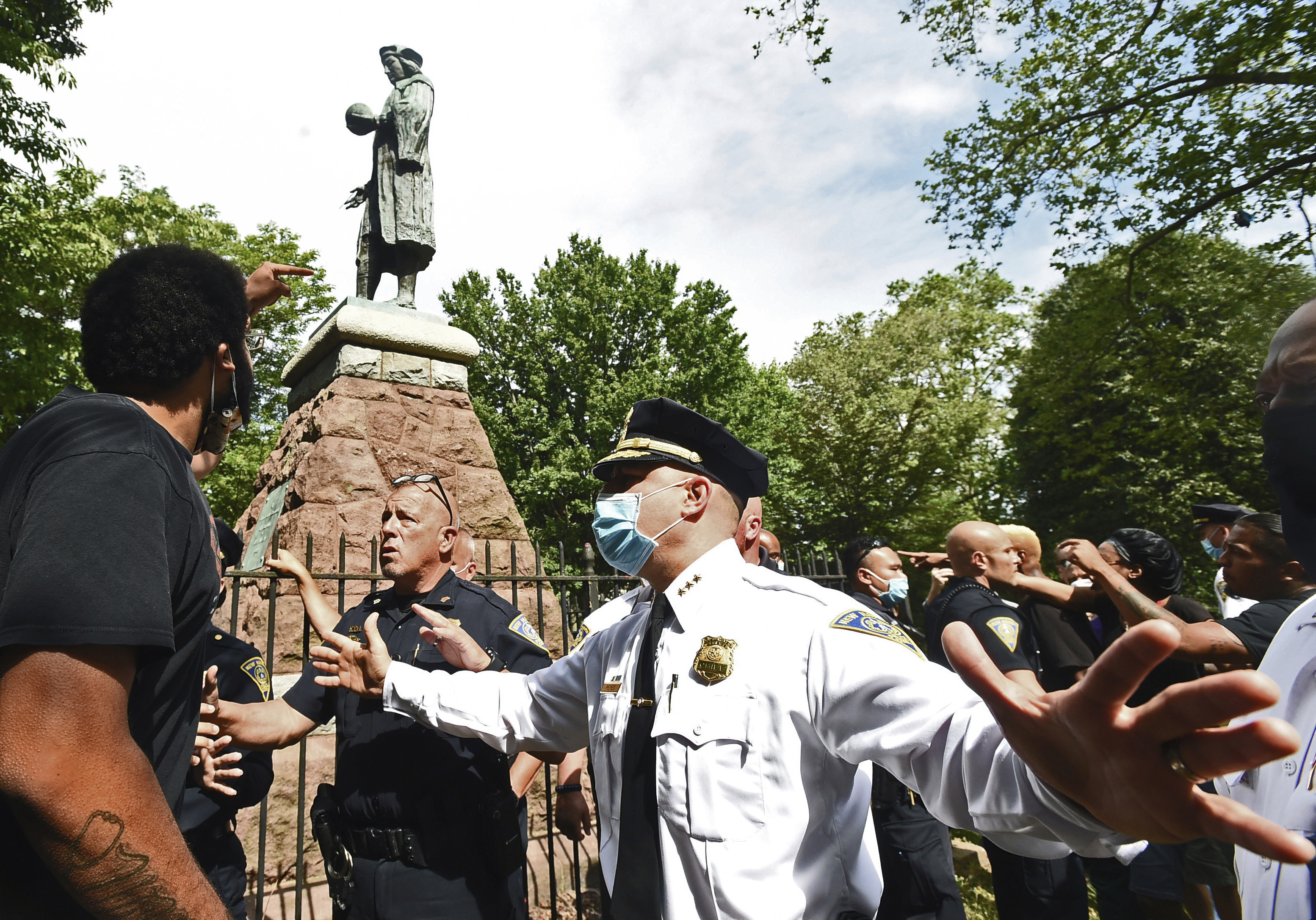 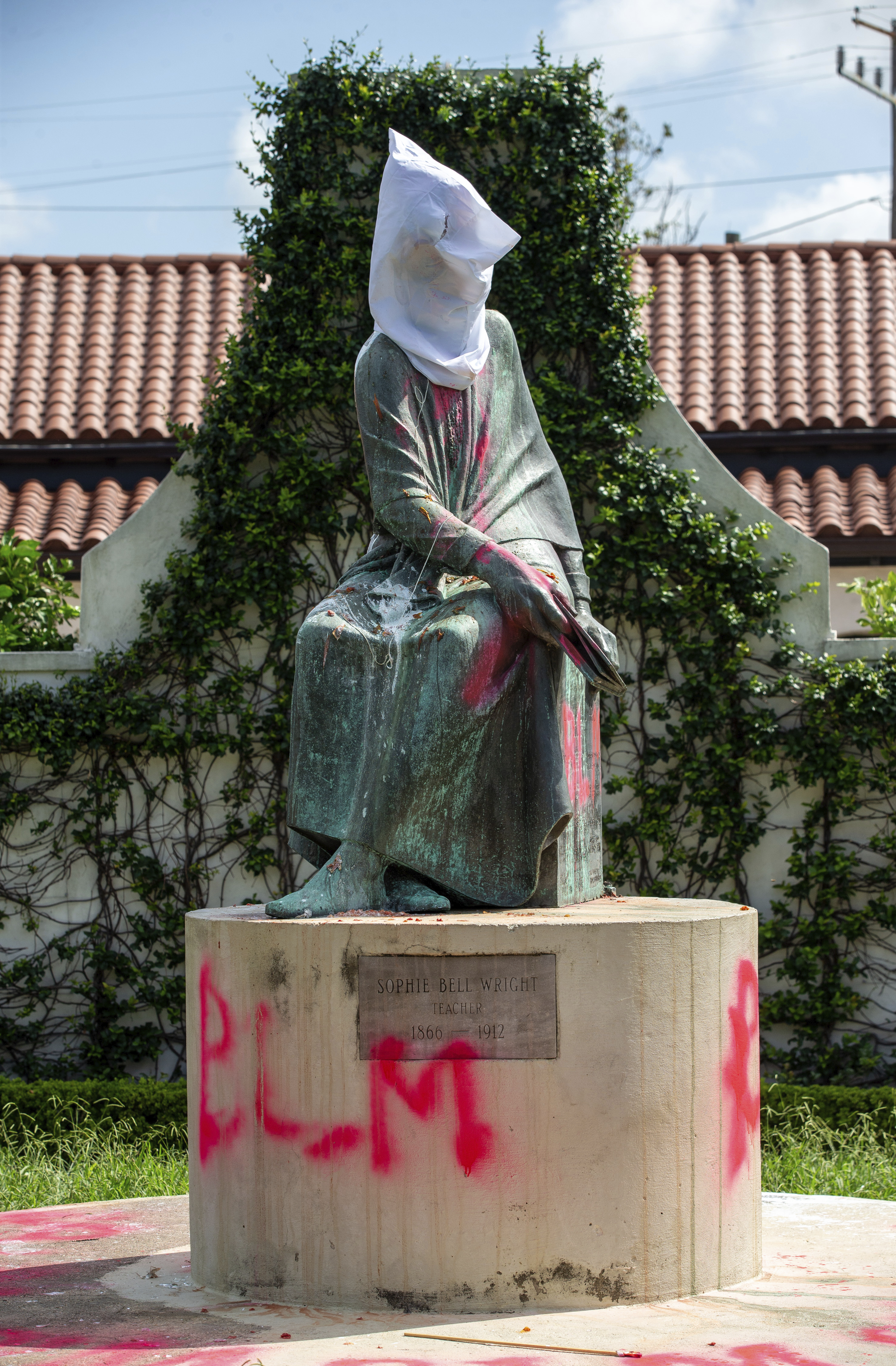 The bill, also signed by Reps. Jim Jordan, R-Ohio, and Sam Graves, R-Mo, punishes localities who do not protect historic monuments and statues by blocking them from receiving public grants.

“Public monuments are indispensable because they tell the American story," McCarthy said in a statement.

"It is wrong to erase our history. We should be learning from it.”

He added: “My legislation has real consequences for states and cities: no order, no funding. It is time to respect our laws, protect our history, and punish the statue smashers.” 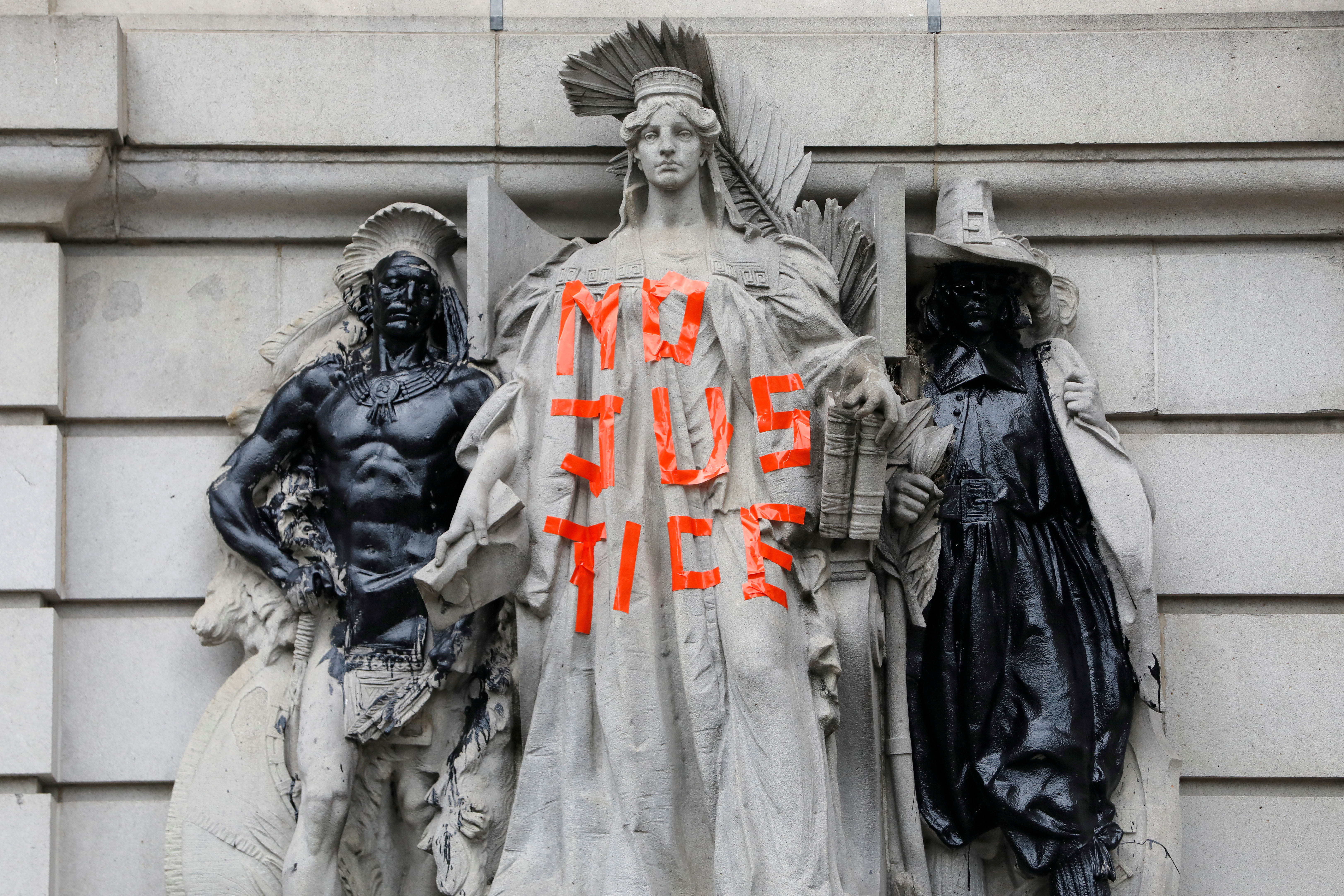 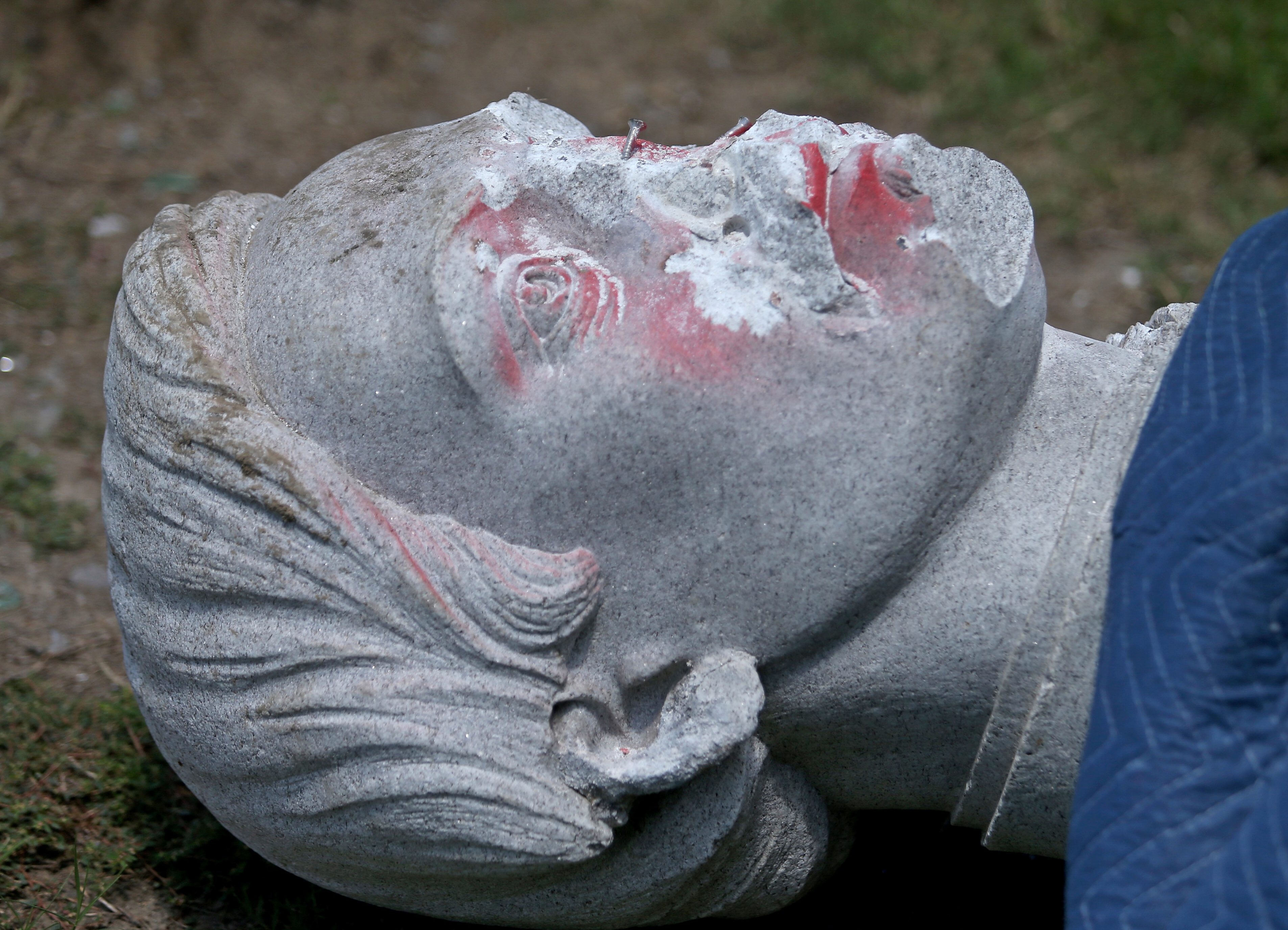 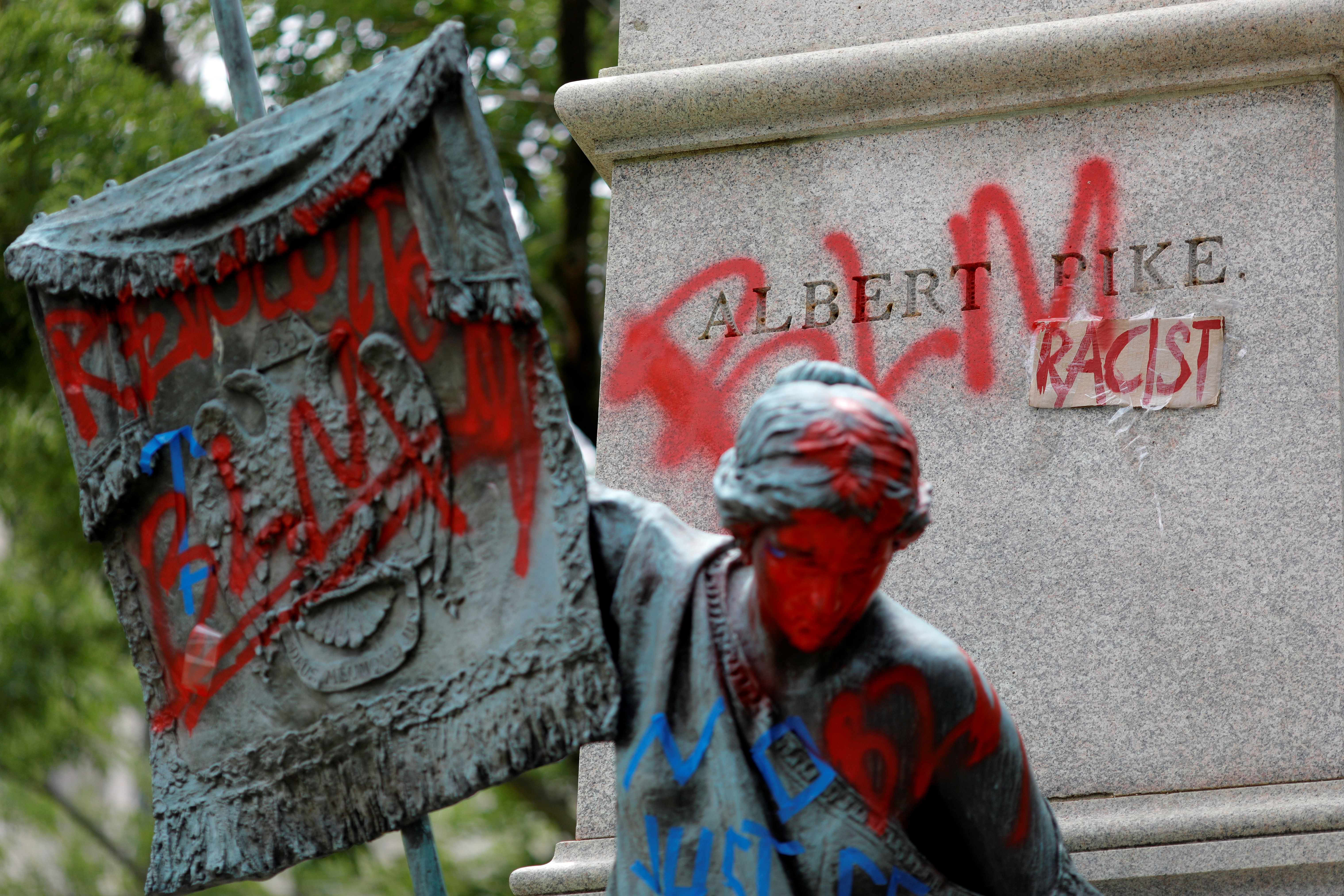 During months of protests in the response to the death of George Floyd in police custody in Minneapolis, some demonstrators have vandalized and even pulled down monuments dedicated to historic figures, including Confederate leaders and Christopher Columbus.

Many Americans feel the statues, depicting figures who fought to uphold slavery or owned slaves, represent hate and racism, and should no longer be in public spaces.

It comes days after President Donald Trump threatened "radical left anarchists" and anyone who tries to tear down statues with "ten years prison."

"No, Radical Left anarchists, agitators, looters or protesters will not be knocking down or harming the Washington Monument, the Lincoln or Jefferson Memorials," Trump tweeted on Sunday.

"If they even try, an automatic 10 years in prison. Sorry!"

Trump's warning included "just about any other federal statues or monuments as well."

Last week Trump claimed "anarchists have no bounds" after the statue of Black abolitionist icon and former slave Frederick Douglass was torn down.

The monument of Douglass was ripped off its base in a park in Rochester, New York, and dumped over the fence in Genesee River gorge.

Trump tweeted: "Statue of Frederick Douglass Torn Down in Rochester. This shows that these anarchists have no bounds!"

Cops said that, alongside the damage to the bottom of the statue, one of the fingers on the left hand was damaged.

The outlet reported that the statue was “one of 13 Douglass statues that were placed around Rochester in 2018 in honor of his 200th birthday.”