Notorious mob boss Whitey Bulger refused to get on his knees when he was busted by FBI agents after 16 years on the run because he ‘didn’t want to get his pants dirty’, new book reveals

Whitey Bulger’s arrest almost ended in a deadly standoff with FBI agents after the notorious mob boss refused to get on his knees because he ‘didn’t want to get his pants dirty’, a new book has revealed.

The Boston underworld kingpin was finally captured in Santa Monica with girlfriend Catherine Greig in June 2011 after being on the run for 16 years.

Details of his capture and subsequent death in jail are laid bare in a new book, Hunting Whitey: The Inside Story of the Capture & Killing of America’s Most Wanted Crime Boss, by Casey Sherman and Dave Wedge, due for release on Tuesday.

An excerpt obtained by the New York Post reveals how Bulger remained defiant even as feds armed with multiple automatic weapons closed in on the then 81-year-old in the garage of his apartment complex. 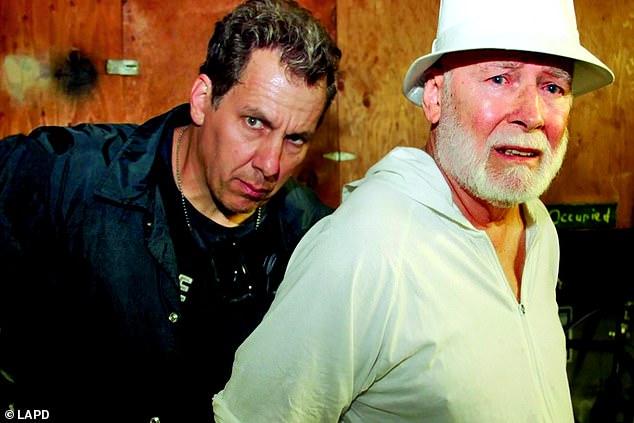 Details of Whitey Bulger’s capture is laid bare in a new book about the notorious kingpin. Pictured: FBI agent Scott Garriola and Bulger after his 2011 arrest 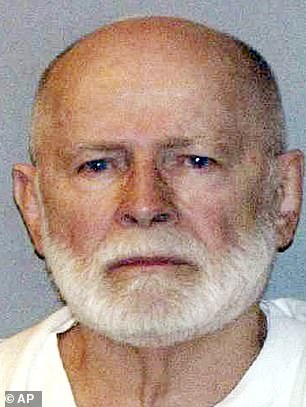 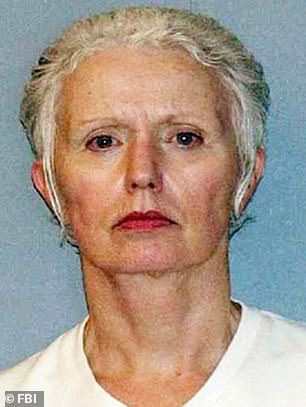 Bulger, who had been on the run for 16 years, managed to go undetected with girlfriend Catherine Greig (right)  by posing an elderly couple under the names of Charles and Carol Gasko

FBI agents were finally able to corner Bulger with the help of Josh Bond, the manager of Princess Eugenia Apartments, where the fugitive had been hiding.

Bulger and Greig had managed to go undetected for years by posing as an elderly couple under the names of Charles and Carol Gasko.

When authorities descended on the apartment building on June 21, Special Agent Scott Garriola had located the couple’s storage locker in the garage before hatching a plan to stage a break-in in hopes of luring him downstairs.

Using a set of bolt cutters, Garriola cut the lock off the storage unit, before instructing Bond to call Bulger and notify him of the supposed robbery. 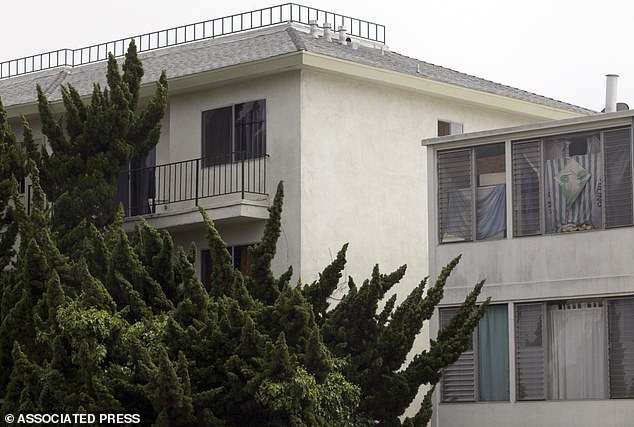 ‘Do you want me to call police or meet me down in the garage?’ Bond asked.

‘Then Whitey Bulger himself stepped out of the apartment in his white hat and took the elevator down to the garage,’ the book states.

As he arrived, Bulger was immediately greeted by a swarm of heavily armed men aiming machine guns at him.

In a letter describing the scene included in the book, Bulger admits he noticed something ‘wasn’t right’ after seeing colored pieces of tape on the ground, ‘as if to mark positions like on a stage’.

FBI agents immediately ordered him to get on his knees, but Bulger refused after seeing a small pool of oil on the ground.

‘They were screaming, “We will shoot,” and I responded, “Go ahead . . . I’m not kneeling down in the oil,” Bulger recalled,’ the book states.

‘I told them that there was a clean place to my right and for him to take two steps to the right to that area and then I’d comply’.

According to the book, Garriola at that moment feared the arrest would escalate into a deadly standoff or a police chase, if Bulger did not obey. 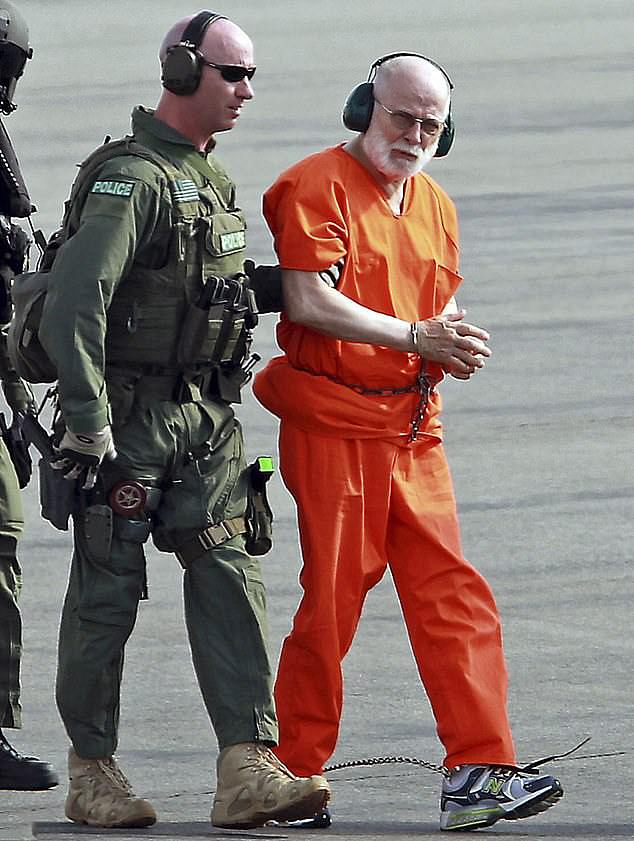 Bulger was brutally beaten to death in October 2018 by inmates in his cell at U.S. Penitentiary Hazelton in West Virginia. He was 89 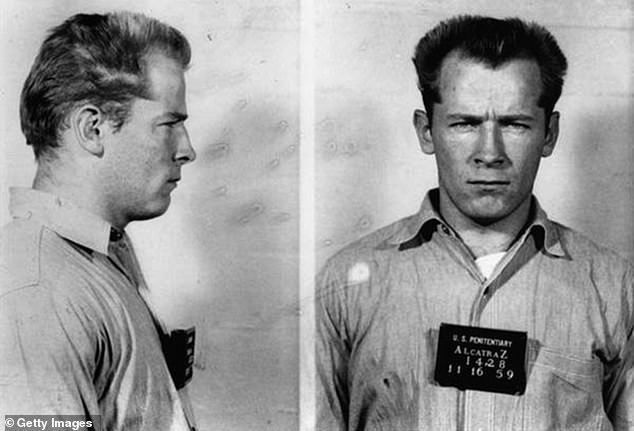 But Bulger eventually ‘moved two steps to the side’, before finally surrendering.

Bulger, who at the time was one of the FBI’s most-wanted criminals, was sentenced to life in prison for his role in 11 gangland killings.

More than $822,000 and 30 guns were found hidden in the walls of the couple’s rent-controlled apartment.

At the time of his arrest, it was revealed FBI agents had been tipped off by a woman named Anna Bjornsdotti, from Reykjavik, Iceland.

She is said to have become friendly with Greig after the two women took a shared interest in a local stray cat. 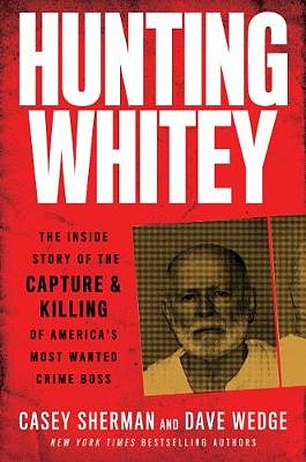 Just days before the arrest, the FBI had bought 350 time slots during daytime TV shows to air public service announcements about the pair, aimed at female viewers who might have seen Greig.

Bjornsdotti would come forward days later, calling in with the address of Bulger and Greig’s apartment.

Bulger was the notorious head of the Irish mob who led a decades-long reign of terror in south Boston from the 1970s to the ’90s.

In 2013, he was convicted of a slew of crimes, including at least 11 murders and was sentenced to life behind bars.

Bulger was brutally beaten to death in October 2018 by inmates in his cell at U.S. Penitentiary Hazelton in West Virginia less than 24 hours after he was transferred to the facility.

They brutally attacked the wheelchair-bound Bulger, beat him with a lock in a sock, tried to gouge out the mobster’s eyes with a shiv and attempted to cut out his tongue.

His body was found wrapped in a sheet 12 hours later by prison officers, who said the gangster was hardly recognizable.

Whitey Bulger: Life and crimes of a mob kingpin

Sept. 3, 1929: James Bulger is born to Irish immigrant parents living in Boston’s Dorchester neighborhood. He is the second of six children. His shock of platinum blonde hair earns him the nickname ‘Whitey.’

1956: Whitey Bulger is sentenced to federal prison for bank robbery. After he’s suspected of plotting an escape from one prison, he’s transferred to Alcatraz.

1960: Bulger’s younger brother, William, is elected to the state House of Representatives. John Connolly, a childhood friend from South Boston, works on the campaign.

1965: Bulger is released from prison and returns to Boston. He becomes a top underling to local mobster Howie Winter, boss of the Winter Hill Gang.

1970: William Bulger is elected to the state Senate.

1975: Bulger cuts a deal with Connolly – now a Boston-based FBI agent – to provide information on the Italian Mafia in exchange for protection.

1981: Roger Wheeler, owner of World Jai Alai, a gambling enterprise from which Bulger was skimming money, is shot between the eyes in the parking lot of his country club in Tulsa, Oklahoma.

1982: Bulger and Stephen ‘The Rifleman’ Flemmi gun down a former henchman in broad daylight on a South Boston street to silence him over the Wheeler murder. Connolly files a report with the FBI saying rival gangsters made the hit.

January 1995: Bulger disappears on the eve of his indictment on racketeering charges.

1997: The FBI, under court order, admits that Bulger was a ‘top echelon’ informant launching a federal probe into the agency’s corrupt ties to its mob informants.

Aug 12, 2013: Bulger is found guilty of a raft of racketeering charges, including his role in 11 murders.

Nov 13 2013: Bulger, aged 84 , is sentenced to two consecutive life sentences plus five years. Before announcing her sentence, the judge tells Bulger that the ‘scope, callousness and depravity of your crimes are almost unfathomable.’ She says they are made ‘all the more heinous because they were all about money.’

Oct. 30, 2018: Bulger is found dead inside USP Hazelton at 8.20am, the day after he was transferred to the federal prison in West Virginia.