New York Lyft and Uber drivers are having to get creative when staying hygienic as the state grapples with the coronavirus.

Hairstylist Phil Ring shared a video of one ingenious driver’s efforts to protect himself from the deadly virus while driving in Manhattan.

A cube of plastic surrounds the driver, fashioned from a clear sheet of plastic which was taped to the roof and a pole to keep it in place.

‘My Lyft driver created this airtight seal in his car,’ Ring shared in the video’s caption. ‘If anyone out there is doing Lyft or Uber for work, you may consider doing this to protect yourself and others.’ 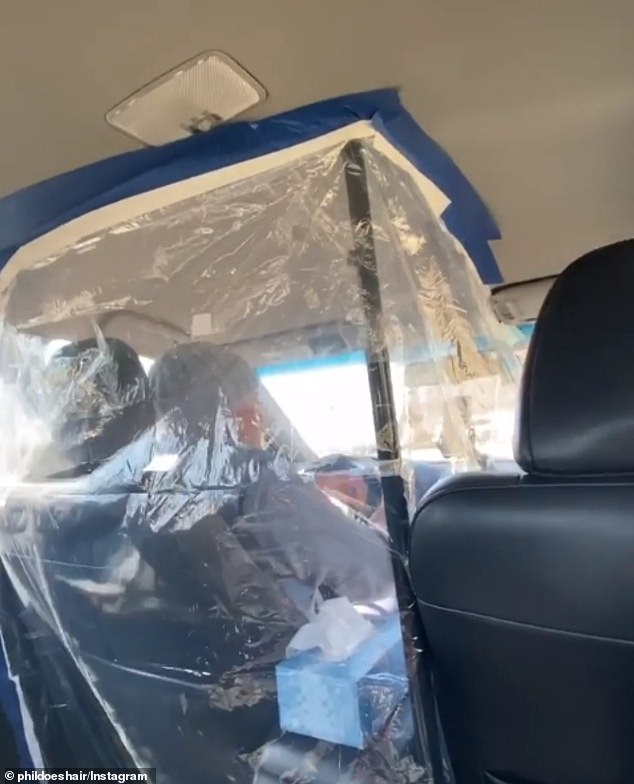 Phil Ring, a hairstylist who specializes in hair replacement pieces, shared the video of the ingenious driver diligently working to keep germs away from his driving in Manhattan

A box of tissues sits next to the driver on the car’s armrest but it is unknown if the passengers were also treated with a box of tissues.

One has to wonder how the service was for the ride since all the plastic would make it difficult for the rider to talk to his passenger. 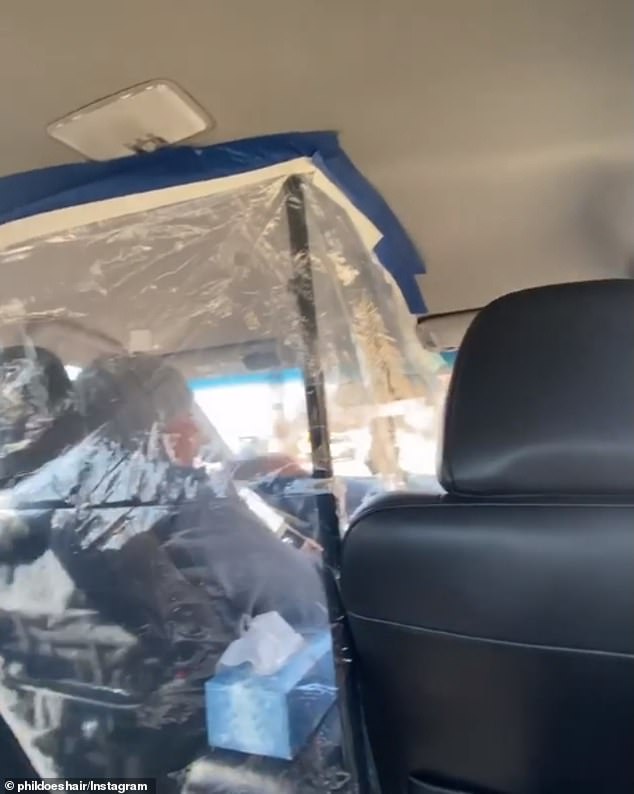 The video comes as there are now 149 cases of coronavirus in New York state.

The main cluster of cases remains in Westchester where a Manhattan attorney was first struck down with the virus early last week and subsequently infected his family and others.

New York City Mayor Bill de Blasio urged people to bike or walk to work and to avoid using the subway unless it is essential.

As the number of cases continued to rise, de Blasio urged New Yorkers to try to reduce overcrowding and acknowledged that subway cars made it difficult for people to avoid direct contact with those who could be infected. 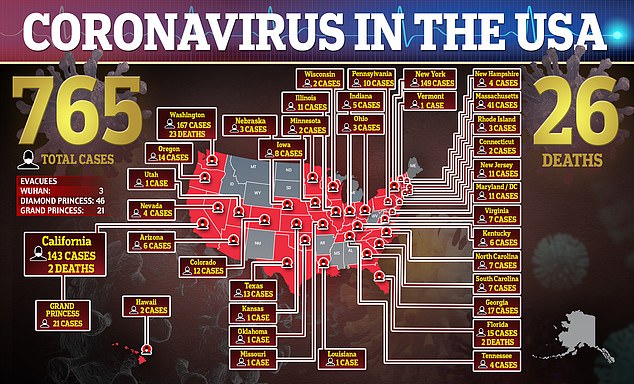 He encouraged people to bike or walk to work if they weren’t able to work from home.

‘We need everyone to do their part in reducing overcrowding. I know that sounds impossible in New York City, but consider some basic steps like telecommuting if your job allows it,’ de Blasio tweeted.

‘Stagger work schedules so people can arrive later or leave earlier to beat the busiest times of rush hour.

‘Plan to have some extra travel time in your commute. If the train that pulls up is too packed, move to a different car or wait to take the next one. Bike or walk to work if you can.’