THE NFL has said it was WRONG to muzzle protesting players, just hours after Donald Trump repeated his criticizm of kneeling during the National Anthem.

Commissioner Roger Goodell said the league made mistakes by not listening to players in a video posted to social media on Friday. 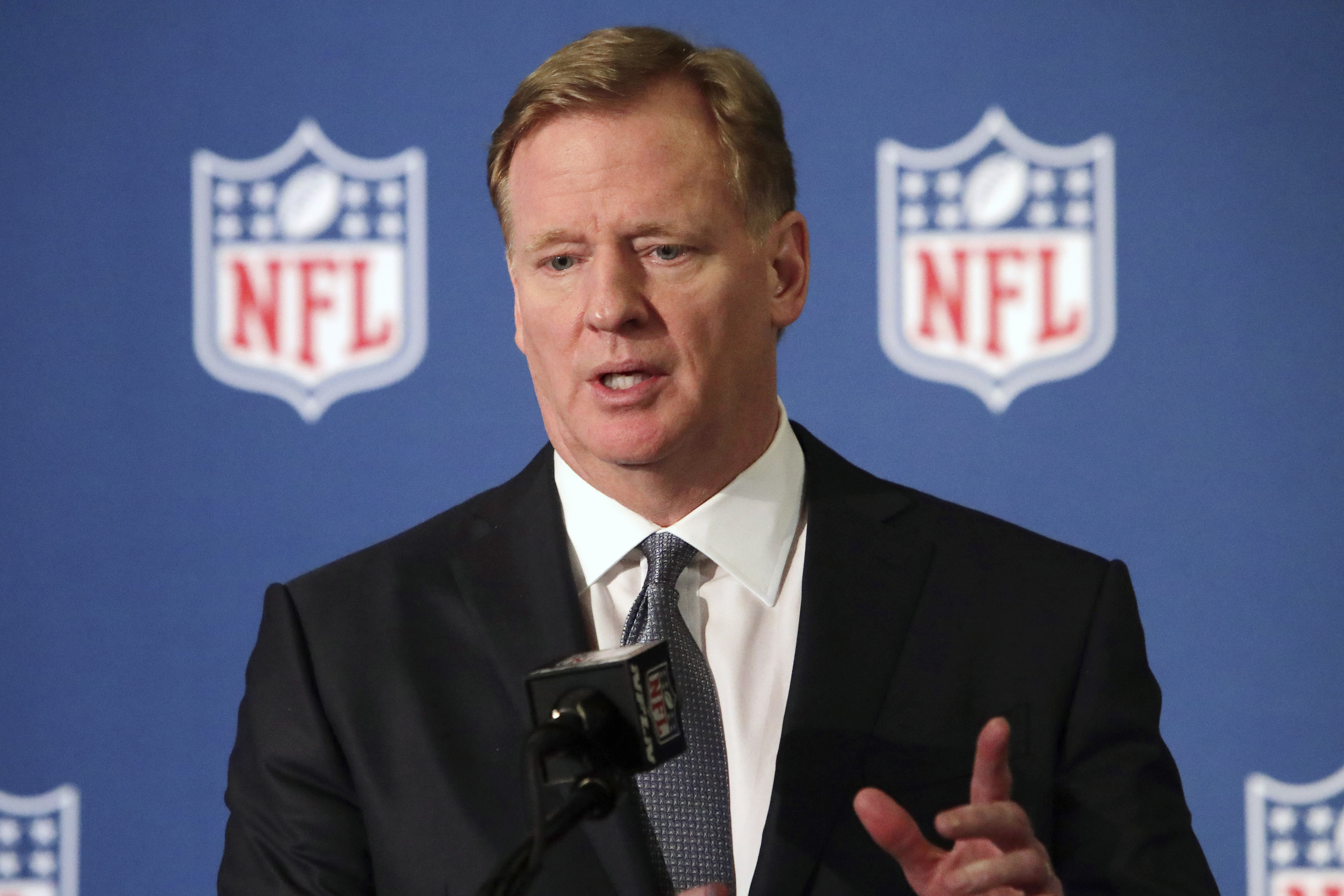 "We, the National Football League, admit we were wrong for not listening to NFL players earlier and encourage all to speak out and peacefully protest," said Goodell.

"We, the National Football League, believe black lives matter."
The NFL has been locked in an ongoing debate with players over kneeling protests during the national anthem before the start of games, a practice popularized by quarterback Colin Kaepernick in 2016 to protest racial injustice and police brutality.
Kaepernick filed a grievance against the league in 2017, claiming collusion as no teams signed him after he parted ways with the San Francisco 49ers. The NFL and Kaepernick settled in 2019. 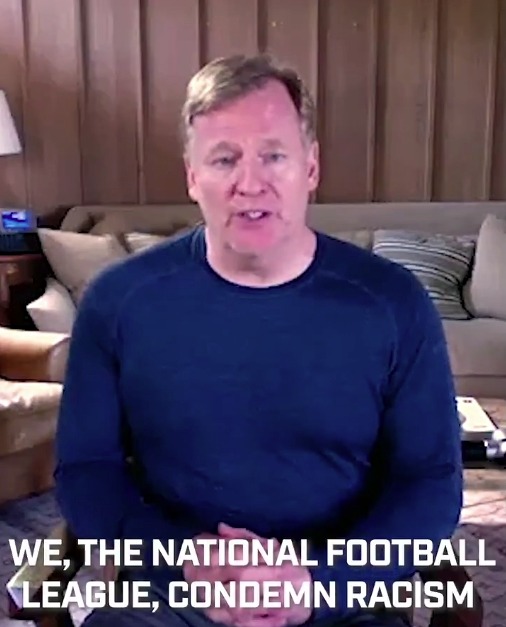 "Protests around the country are emblematic of the centuries of silence, inequality and oppression of black players, coaches, fans and staff," said Goodell.

"I will be reaching out to players who have raised their voices and others on how we can improve."
The NFL sent the video out just hours after President Donald Trump renewed his call for an end to kneeling protests during the national anthem.
On Friday, Trump stoked flames over the feud surrounding NFL players kneeling during the national anthem as he tweeted in support of New Orleans Saints quarterback Drew Brees.

The US President tweeted: "I am a big fan of Drew Brees. I think he’s truly one of the greatest quarterbacks, but he should not have taken back his original stance on honoring our magnificent American Flag.

"OLD GLORY is to be revered, cherished, and flown high…

"..We should be standing up straight and tall, ideally with a salute, or a hand on heart.

"There are other things you can protest, but not our Great American Flag – NO KNEELING!"

On Wednesday, Brees told Yahoo Finance he will not be supporting NFL players who choose to kneel during the national anthem in the upcoming 2020 season.

In the interview, the NFL star firmly stated: "I will never agree with anybody disrespecting the flag of the United States of America or our country."