More than nine million jobs are now being propped up by the government’s furlough scheme – amid fears many will never return.

The numbers covered by the massive bailout have risen by another 200,000 in the past week to 9.1million, with the value of the claims nearing £21billion.

The staggering scale of the support comes as official figures showed early signs of the damage being wreaked on the labour market by lockdown.

In spite of furlough, the number of UK workers on payroll plummeted by 600,000 between March and last month.

In a small glimmer of hope, a few companies have indicated they will try to repay some of the furlough costs to the government as they have been less hard-hit than expected.

But the dire picture has heaped pressure on Boris Johnson to ease the draconian curbs strangling swathes of the economy.

Tory former leader Lord Hague has joined calls from a swathe of MPs for the two-metre rule to be abandoned immediately. 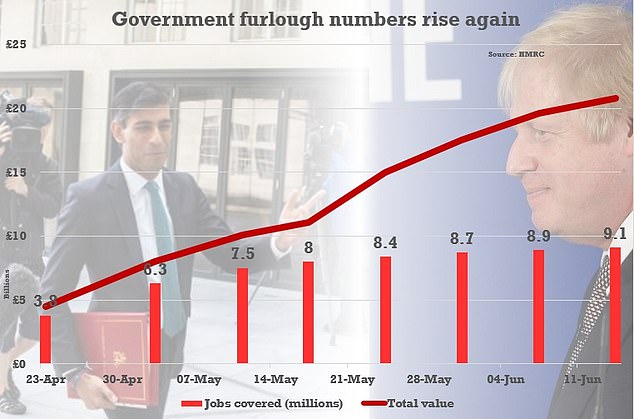 The numbers covered by the massive furlough bailout have risen by another 200,000 in the past week to 9.1million, with the value of the claims nearing £21billion 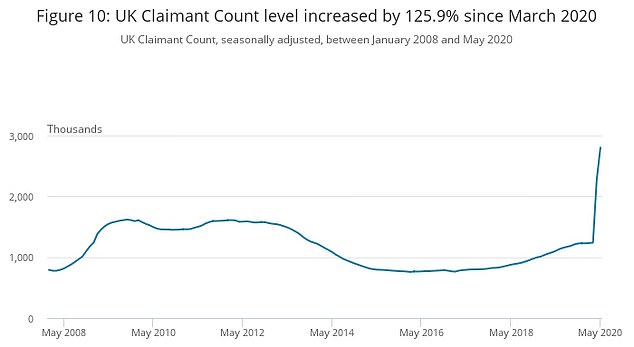 According to the latest HMRC figures, some 9.1million jobs are now having their wages subsidised by the state under the bailout

According to the latest HMRC figures, some 9.1million jobs are now having their wages subsidised by the state under the bailout.

That is up from 8.9million last week, according to HMRC figures.

The total value of the claims increased from £19.6billion to £20.8billion as of Sunday.

The government is covering 80 per cent of salaries up to a ceiling of £2,500 a month.

The scheme will be in place until October, although companies will need to start bearing some of the burden before that – leading to concerns about a wave of redundancies as bosses are forced to decide whether they can keep staffing levels despite lower activity due to coronavirus.

Some 2.6million claims have been made under the separate self-employed support, with a total value of £7.6billion.

They are entitled to a grant of a proportion of average monthly profits.

Experts believe the final costs of the two schemes together will top £100billion.

Ikea initially expected to claim for some of the 10,000 UK staff it furloughed, but in the end decided not to.

‘We furloughed around 10,000 co-workers in the UK. At such an uncertain time, we had initially anticipated putting a number of co-workers on furlough under the job retention scheme,’ an Ikea UK spokesman said.

‘However, we did not claim for or accept any money under the job retention scheme, and we will not be doing so.’ 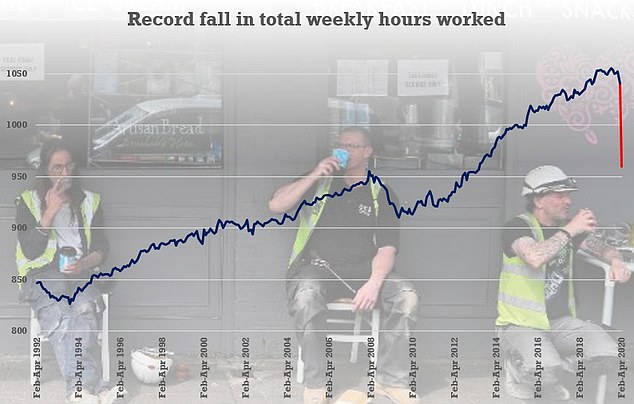