Another member of medical staff at a Merseyside hospital has tested positive for coronavirus – 24 hours after a surgeon working there also fell ill, it was revealed today.

The unnamed worker has been sent home from Aintree Hospital in Liverpool and is in isolation for the next 14 days.

Yesterday it was revealed a top surgeon at the same site was struck down with coronavirus after a skiing trip to Italy had returned to work for several days before falling ill.

A spokesman for Liverpool University Hospitals NHS Foundation Trust said: ‘We can confirm that a second member of staff at Aintree University Hospital has tested positive for coronavirus. They were identified, informed and advised as part of contact tracing related to an existing case. 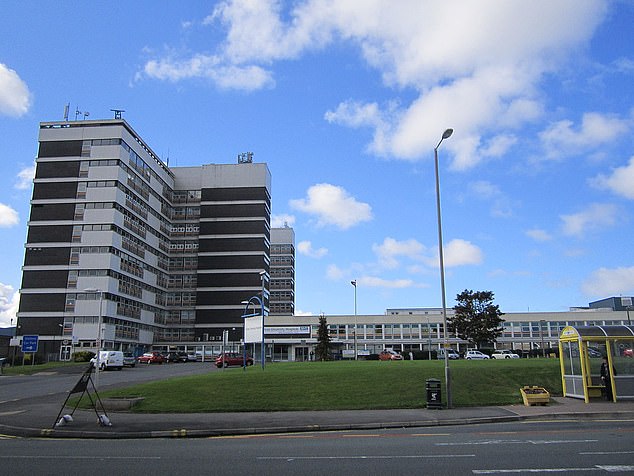 ‘The member of staff concerned has been asked to self-isolate at home. This tried and tested method is to ensure we are able to minimise any risk to them, our patients and the wider public.

The new virus, called COVID-19, is transmitted from person to person via droplets when an infected person breathes out, coughs or sneezes.

‘Advice has been sought from PHE experts and the chance of transmission to staff and patients in the wider hospital setting is considered to be low.

The latest Merseyside cases came as the infection toll in the UK approached 600 and deaths reached 10.

Dozens of Aintree Hospital patients and staff who have come into contact with the surgeon have been urged to self-isolate – and more will be told the same now a second worker has fallen ill.

Concerns have been raised that the surgeon in Liverpool may have been operating on patients and mixing with staff for up to three days while having the virus.

He is also said to have attended a team meeting at the hospital last Wednesday, alongside dozens of other surgeons – all of whom went on to treat patients.

It is understood the number of staff and patients notified and asked to self-isolate is below 50.

The doctor, a married father in his 50s who treats patients with conditions ranging from cancer to sinus conditions, was diagnosed on Monday morning having fallen ill last Wednesday.

The hospital has not revealed exactly how many people who had contact with him have been notified and asked to self-isolate.

Areas where the consultant surgeon worked are reported to have been deep cleaned. 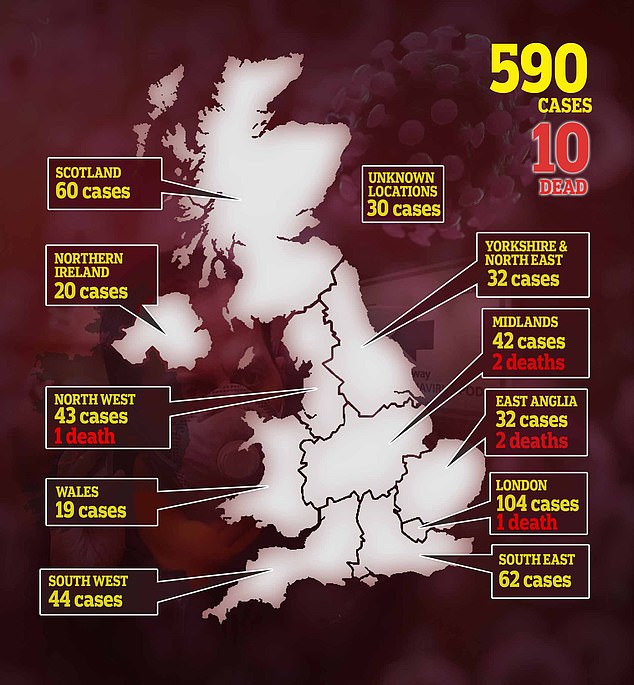 Questions are now being asked about whether he should have returned to work at the hospital after returning from northern Italy.

It is believed he flew back on February 29, when government guidance was to self-isolate for two weeks if showing symptoms of the virus. The surgeon went back to work on Monday, March 2.

A concerned source close to the hospital said: ‘The member of staff in question is male, and he is a surgeon, who returned from Italy over a week ago.

‘Upon return, he didn’t self isolate, and went into work, and proceeded to operate on patients and mix with his colleagues. Four other colleagues who had temperatures were sent home to self isolate, but were not tested.

‘Given that this employee has been in that hospital continuing to work, surely the hospital needs to take a more serious approach and strong measures to ensure that the virus is not spread any further.’

Another source told The Sun: ‘It’s very worrying for his patients and also for colleagues who have come into contact with him.

‘He’s done surgery on patients and it was only (last) Wednesday he started to feel ill.

‘It’s very worrying for his patients and also for colleagues who have come into contact with him.

‘He has a lot of expertise and is highly regarded and very experienced, so it is surprising he stepped foot in that hospital until he’d spent two weeks in self-quarantine.’

The doctor also works for private medical firm Spire Healthcare – but it said he had not carried out any work at its sites since his return from Italy, so no staff or patients were affected.

The unnamed staff member was working in the cardiology unit at the specialist children’s hospital, which is based in Bloomsbury.

The hospital said any children who had been in contact with the individual would be ‘contacted directly’, although they did not provide a figure.

But the announcement will undoubtedly cause alarm for families as these young patients may be more susceptible to the virus than healthy children.