Nudists want hate crime law to cover them: Plea for protection from ‘textiles’ – which is what they call people who wear clothes

You may think the biggest threat to nudists would be some sunburn or pesky insect bites in the height of summer.

But naturists say they are increasingly facing abuse – and now want to be protected under hate crime laws.

British Naturism, which represents about 9,000 nudists, wants the right to get naked in public to be recognised as a ‘philosophical belief’ in the eyes of the law.

Its president, Mark Bass, told the Mail on Sunday they were lobbying for the change ‘so we are not abused in our day-to-day lives. These days we all agree that shouting abuse at somebody because of the colour of their skin, their sexual preference or their religion is not acceptable. 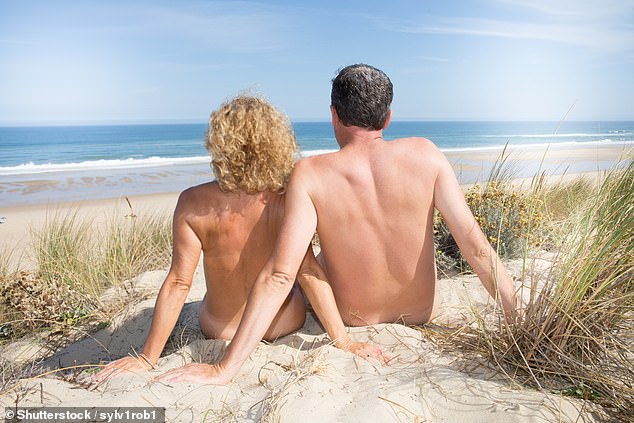 British Naturism, which represents about 9,000 nudists, wants the right to get naked in public to be recognised as a ‘philosophical belief’ in the eyes of the law

‘Yet naturists still receive that type of abuse based on their dress code. We are not asking that people should be forced to be naked.

‘But everybody should have the freedom to choose how they dress, including if that choice is to wear nothing at all.’

And writing on British Naturis’s website, he added: ‘Despite attempting to avoid confrontation, it is not uncommon for a naturist to receive abuse from a neighbour or when out walking.

‘You would be upset if somebody shouted abuse or threatened you because they did not like the colour of your shirt – we would prefer not to receive such abuse for not wearing a shirt.’

Last March, hundreds of people protested against a nude children-and-adult swimming session in Stoke-on-Trent, claiming it would attract paedophiles.

And Dr Bass said one naturist recently had a dog set on him, adding: ‘We are now moving from hate speech into actual physical attacks.’ 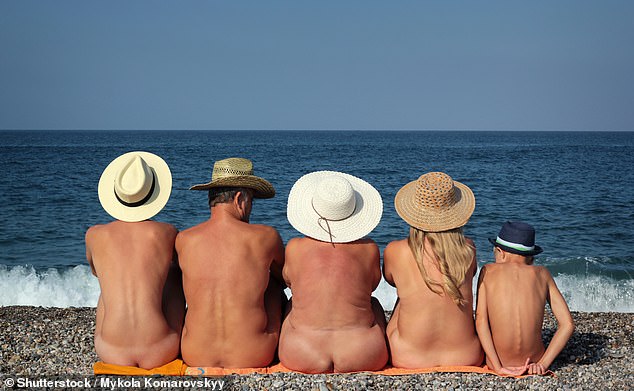 Crown Prosecution Service guidance calls for a balance between the rights of naturists to be naked in public and the public to be safe from ‘harassment, alarm and distress’

Upcoming events organised by British Naturism, which was founded in 1964, include naked yoga, swimming, ten-pin bowling, cycling, gin tasting, waterpark trips, a ‘Call My Buff’ pub quiz night and llama walking. Some naturists use their own terminology – including ‘textiles’ for non-nudists, and ‘cotton-tails’, which refers to recent converts to nudism who still have white, untanned bottoms.

They have set up a task force, headed by Colin Langham-Fitt, a former acting Chief Constable of Suffolk Police and an outspoken defender of civil liberties, but no nudist, to lobby a Law Commission consultation on hate crime this summer. Current protected characteristics are disability, race, religion, sexual orientation or transgender identity.

At the moment, guidance from the Crown Prosecution Service says ‘a balance needs to be struck between the naturist’s right to freedom of expression and the right of the wider public to be protected from harassment, alarm and distress’.

It says it would not normally bring a prosecution for outraging public decency in the absence of a sexual context or evidence of actual distress caused.