Only one in FOUR pupils who were allowed to return to school last week showed up for classes, new figures reveal

Just one in four children returned to classrooms last week as primary schools across the country reopened.

Government figures have revealed just over half of primary schools in England welcomed back nursery, Reception, Year 1 and 6 pupils in addition to the children of key workers.

The data, published by the Department for Education, showed 11 per cent of pupils in those years returned to state primary schools, which is believed to be a quarter of those eligible to join classes when they kicked off again on Monday last week. 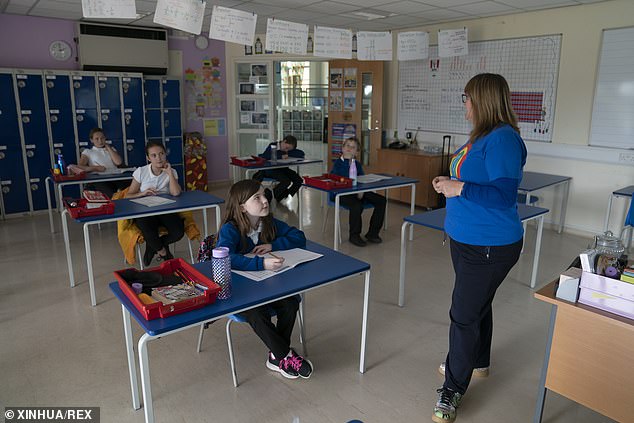 Just one in four children returned to classrooms last week as primary schools across the country reopened (pictured: Year 6 pupils in a socially distanced classroom in Staffordshire)

Overall, 52 per cent of schools reopened for extra pupils amid ongoing resistance from some head teachers and local authorities, as well as difficulties adapting to strict social distancing guidelines.

Yesterday, Education Secretary Gavin Williamson said: ‘It is encouraging to see the majority of primary schools open their doors to more pupils, and almost double the number of children now attending early years settings. This is still a difficult time for families and many feel anxious about their children going back.

‘But I can reassure families, and those working in education settings, that the welfare of children and staff will continue to be at the heart of all our decisions.’

Schools, colleges and nurseries have been closed to most pupils for more than 11 weeks due to the Covid-19 outbreak, remaining open only for vulnerable youngsters and children of key workers.

Approximately 91 per cent of all settings were open in some capacity on June 4, up from 80 per cent on May 21.

Around 659,000 children attended an education setting this month, including children of key worker children, against 244,000 in May. 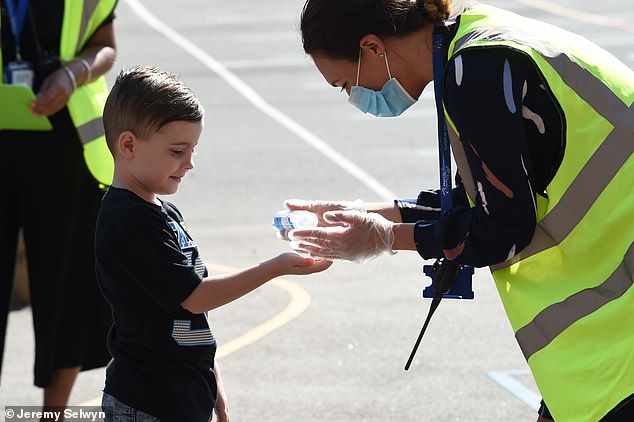 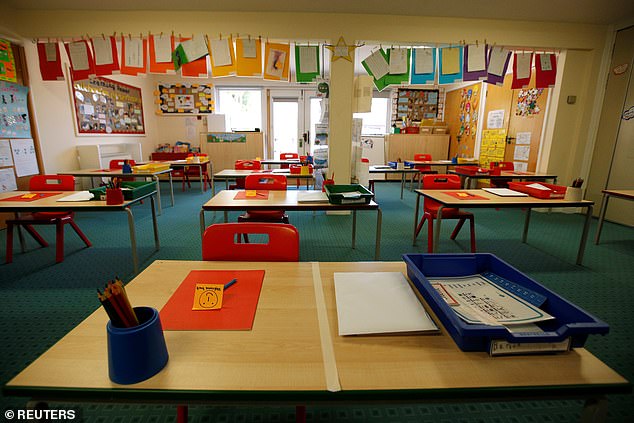 And roughly 166,000 children attended early years settings on June 4, around 10 per cent of the normal number.

Analysis of the data by the National Education Union suggests around 300,000 primary school pupils –or one in eight – attended classes last Monday, rising up to 480,000 – or one in five – by the end of the week.

Kevin Courtney, joint general secretary, said: ‘The figures released show what a very long way the Government has to go to convince the nation’s parents and teachers that a wider opening of schools is safe.’

He said: ‘The demand for places is nowhere near what it would have been.

‘This means settings across the country, which were often already struggling financially as the result of years of Government underfunding, are facing a sharp drop in income, with many unsure if they will be sustainable in the long term.’

‘Coronavirus’ is children’s word of the year

Given that last year’s Children’s Word of the Year was ‘Brexit’, it may not come as a major surprise to learn that this year’s winner is … ‘coronavirus’.

Lexicographers at the Oxford University Press analysed words used by thousands of youngsters aged five to 13 who had submitted entries for the Radio 2 Breakfast Show’s annual 500 Words short story competition.

Despite closing on February 27 before lockdown, coronavirus was mentioned 459 times.

There was also an increase in the use of words associated with the pandemic, including NHS, virus, antibodies, epidemic, Wuhan and lockdown.

There were also references to the Australian bushfires and Greta Thunberg. Donald Trump was the person referred to most in the 134,709 stories submitted, followed by Hitler and Cristiano Ronaldo.