Police find body washed up on shore in hunt for missing estate agent Chelsie Dack, 23, who vanished three weeks ago while stressed over lockdown

Police have informed parents of estate agent Chelsie Dack, who vanished from her home last month, that a body has been found washed up on a beach.

Suffolk Police said a member of the public called the emergency services at 8pm last night after finding the body at Sizewell – around 30 miles from the 23-year-old’s home town of Gorleston in Norfolk.

A post-mortem examination to establish the identity of the woman has yet to take place. 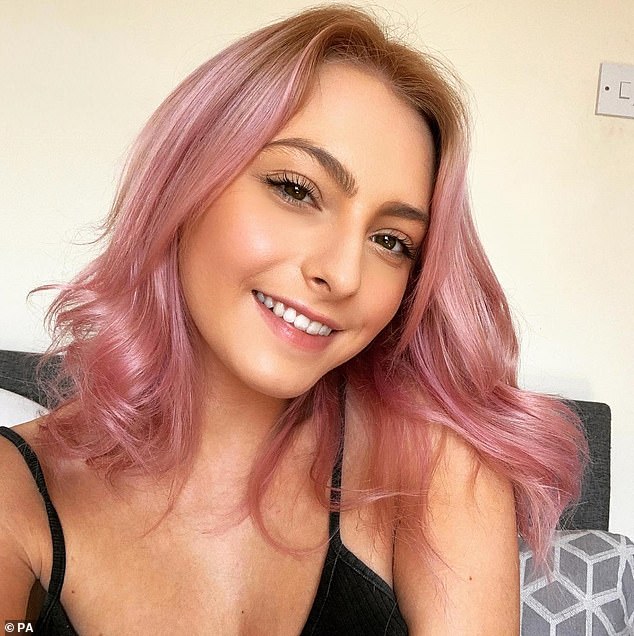 Police have informed parents of estate agent Chelsie Dack, pictured, who vanished from her home last month, that a body has been found washed up on a beach

The cause of death is currently being treated as unexplained but is not believed to be suspicious, police said.

The coroner’s office has been informed.

Miss Dack was reported missing at 3am on April 20 and posted a haunting message on Facebook about her struggles with life in lockdown just three weeks earlier.

She wrote that life was getting ‘scarier by the day’ and that she had ‘really underestimated this current situation’. 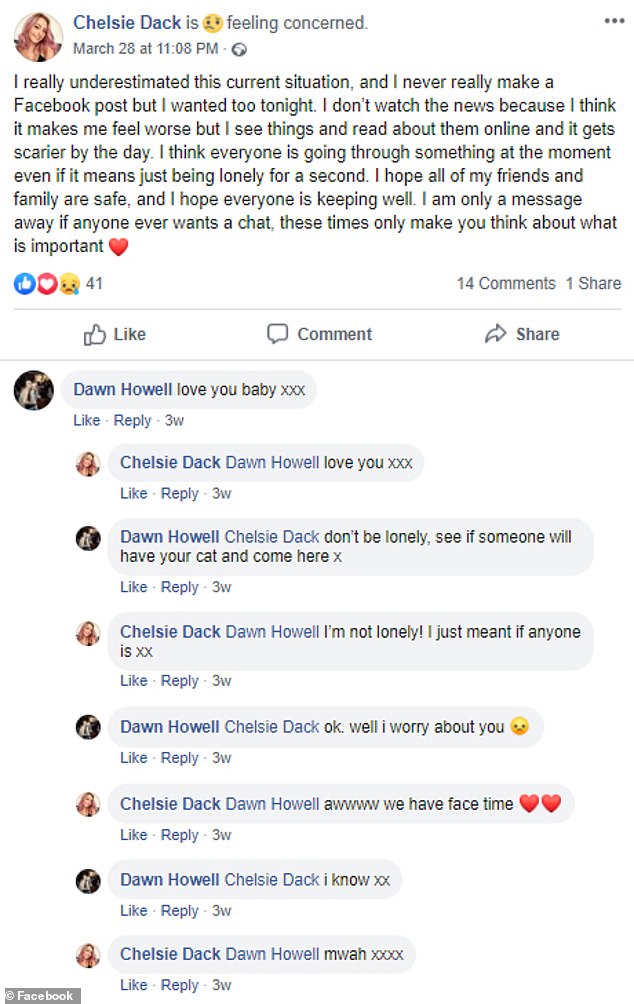 Just weeks before going missing, Miss Dack wrote that life was getting ‘scarier by the day’ and that she had ‘really underestimated this current situation’

Detectives called off a search two days later and said the ‘most likely scenario’ was that Miss Dack had entered fast-flowing water and been swept away, after her phone was found on the pier in the seaside town near Great Yarmouth.

In response to Miss Dack’s post on Facebook, her mother, Dawn Howell, urged her daughter to move back home if she was feeling lonely, which Chelsie insisted she wasn’t.

Ms Howell went on to tell her: ‘I worry about you,’ in comments under the post, which was written just days after the coronavirus lockdown was announced.

Another post, shared by the mother at the time of the disappearance, said it was ‘strongly believed Chelsie has taken her own life’. 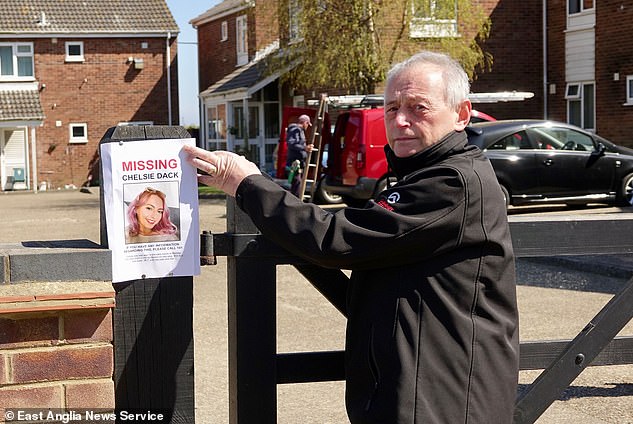 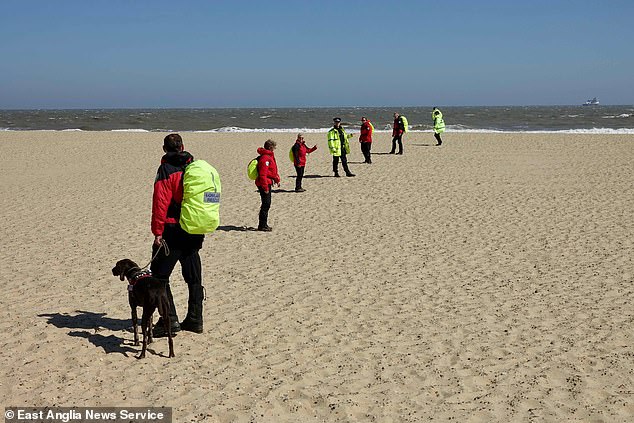 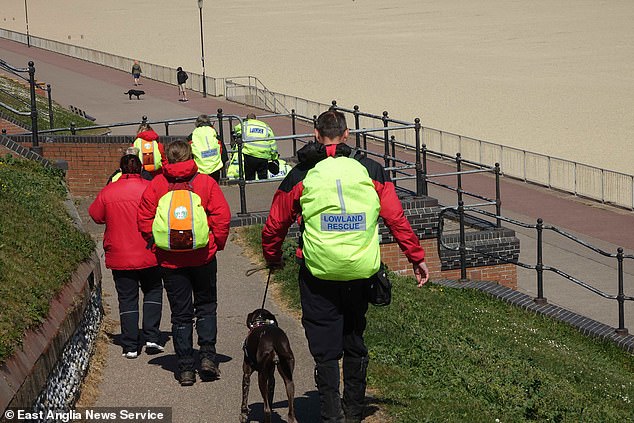 ‘Unfortunately there has been no sign of Chelsie and she hasn’t used her bank accounts or social media accounts since the early hours of [April 20].

‘This, combined with CCTV inquiries, leads us to believe the most likely scenario is that she has entered the water.’

He thanked the local community for helping in the search but asked them to keep maintaining social distance.

Emma Halls, who set up a Facebook page dedicated to help find the estate agent, wrote that relatives believed she had taken her own life, adding: ‘The family are together and heartbroken, they are overwhelmed by all the support and love from friends, family and the community.

‘They ask that you respect their privacy at this very sad time, but to know that they are still holding on to a glimmer of hope.

‘They thank each and every one of us in helping find our beautiful Chelsie.’