The parents of Pittsburgh Steelers quarterback Dwayne Haskins say they will not attend his funeral services on Friday.

“We have never met or spoken to the wife, and we didn’t want our son’s funeral service to be the place we met her for the first time,” said Dwayne Sr. and Tamara Haskins in a statement to USA TODAY Sports.

Haskins was killed April 9 in Fort Lauderdale, Florida, when he attempted to cross an interstate and was hit by a dump truck. He was 24. The Florida Highway Patrol said in a crash incident report that Haskins was also struck by a second vehicle.

A 911 call later revealed that Haskins' wife called authorities from Pittsburgh to let them know that Haskins had run out of gas and was walking to get assistance. She called 911 after not hearing back from him. 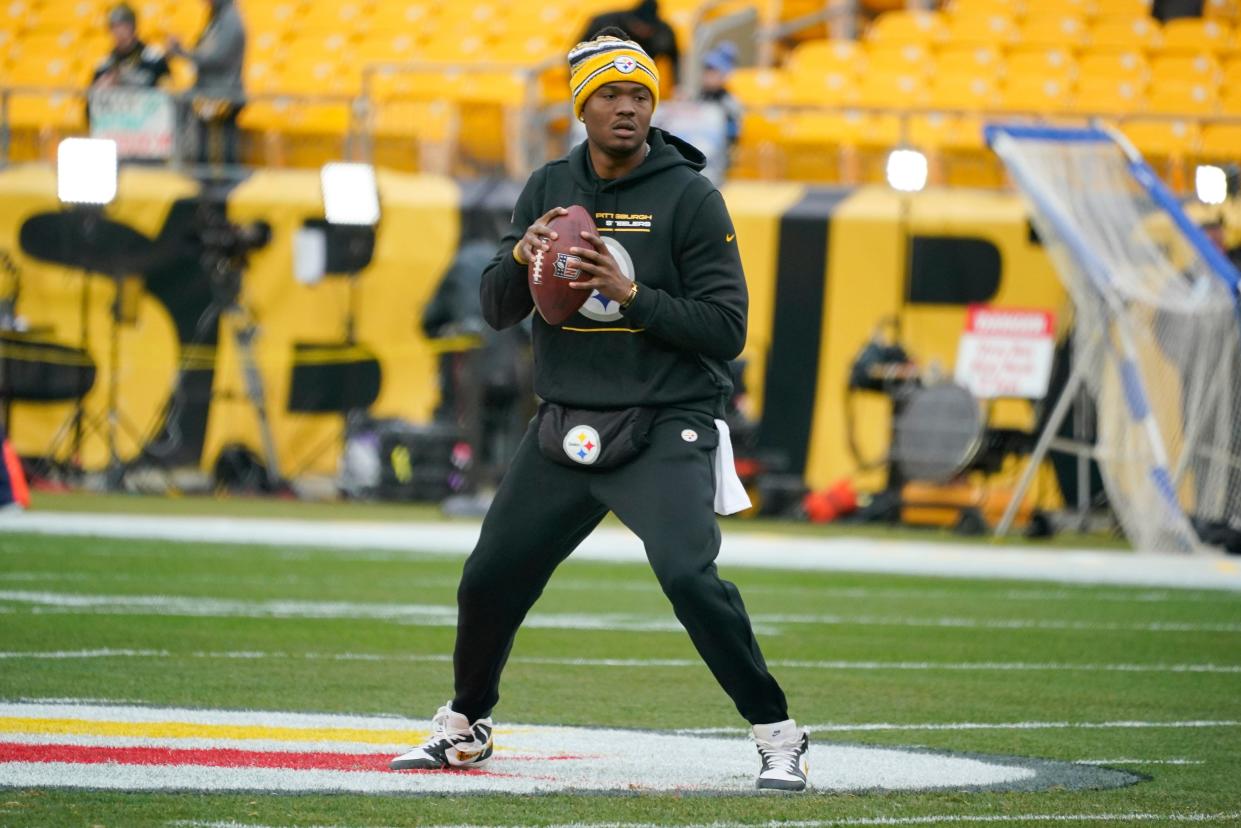 Two memorials are planned in Haskins' honor – one Saturday in Rockaway Township, New Jersey, and a vigil planned for Sunday at Haskins' high school, Bullis School in Potomac, Maryland.

Haskins was born in Highland Park, New Jersey and moved to Maryland in the ninth grade.

Kalabrya and Dwayne Haskins were married in March 2021. In July, Kalabrya Haskins was arrested in Las Vegas and booked on a felony charge of battery and domestic violence after an argument led to Dwayne Haskins suffering a split upper lip and a missing tooth. The case was dismissed in January 2022.

The Florida Highway Patrol is still trying to determine the circumstances of Haskins' death and is not commenting until its investigation is complete, which could take up to 90 days.