You feline lucky punk? Moment fearless cat Vasya sees off a wild bear after it wanders into her owner’s camp

An astonishing video shows how a domestic cat scares away a fierce wild brown bear in Siberia.

The pet called Vasya was taken on a fishing trip by her female owner, and the predator approached as a group of anglers were drinking around a campfire.

The cat arched its back, and eyeballed the beast, refusing to budge even when the bear threateningly thrusts its paws towards him before standing tall on its hind legs. 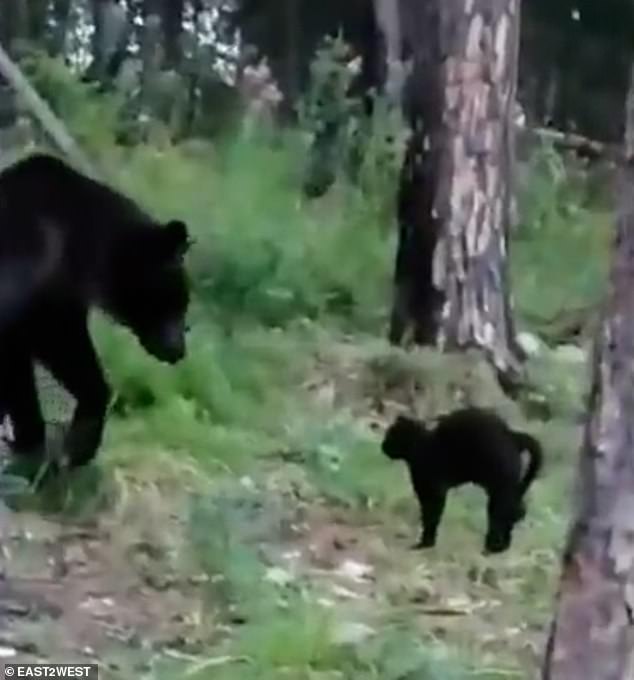 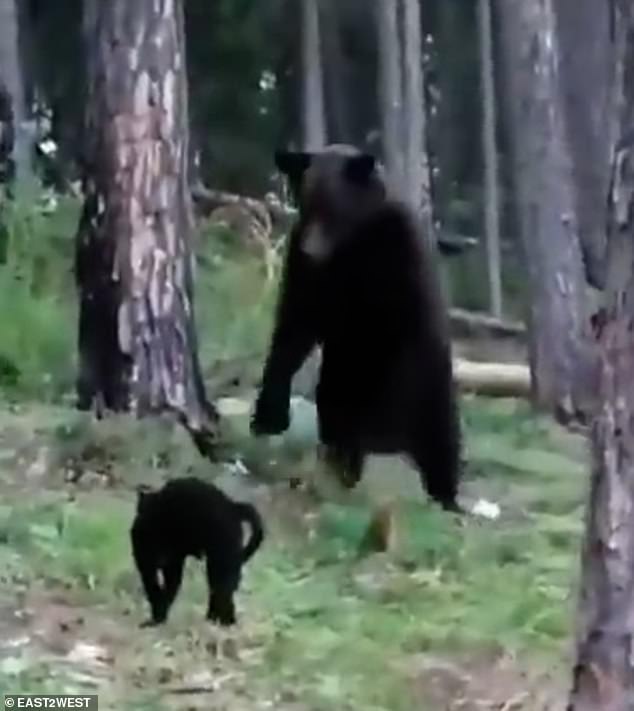 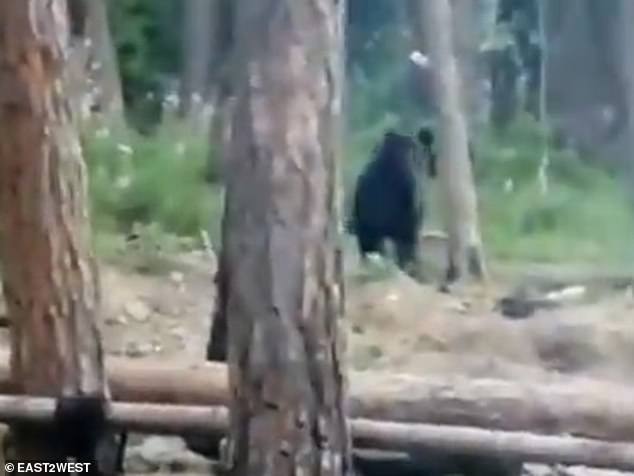 The animals were just inches apart with the cat showing no weakness despite the imminent danger.

The group shout at the cat : ‘Don’t do it Vasya… Calm down, Vasya.’

They expected the cat to run for its life.

One voice says: ‘Look at it, standing in a fighting position…it’s a true Armageddon.’

The owner is heard shouting to the bear: ‘My cat, don’t touch it…

The voice says: ‘I hope the bear won’t eat it.

‘The cat is truly fearless.’

The brave black cat was implacable in the face of the bear, which is then seen retreating from the camp in the video filmed by angler Sergey Tarasov in the camp beside the Angara River near Ust-Ilimsk in Irkutsk region.

Local media reported: ‘The black cat wins the battle of wills as it stands between its owners and the predator.’

When the video was published online in Russia some people questioned why the anglers were so relaxed when a bear wandered into their camp. 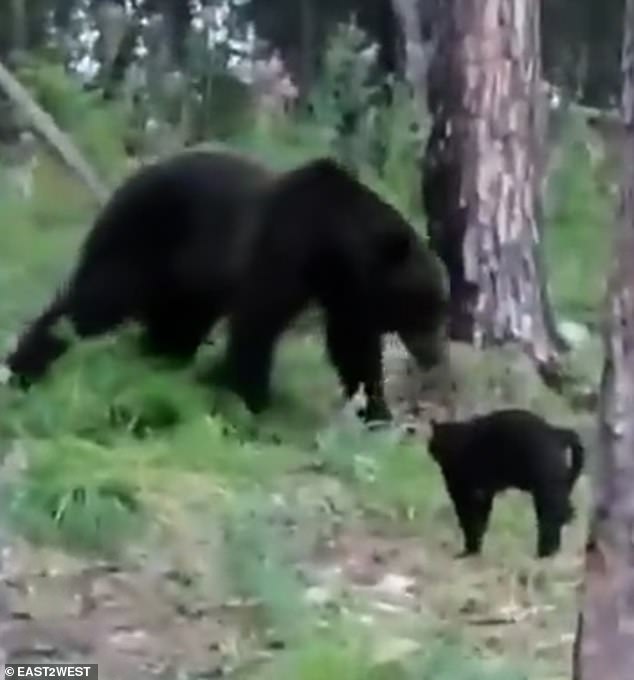 A friend, Vladimir Vlasov, answered that it was not just the alcohol they had consumed.

‘Do you think they were supposed to stand up or run?

‘Then the bear would have definitely chased them.

‘My friends were by the fire, and were ready to use it (against the bear).

‘Bears will not usually go towards fires, plus the smell of smoke scares them.

‘I’d say well done to my friends for behaving calmly. They didn’t twitch, nor wave their hands.’

Vlaslov added: ‘The cat stood between the owners and the bear – well done!

‘No matter how small the cat is, its threatening posture and sound scare away large animals.’

According to the Siberian Times, the cat’s owner, who has not been identified, said: ‘Vasya go away from there I said! Look at it, it just keeps standing up, and it doesn’t even move! I didn’t know I had such a fearless cat!’

A friend replied: ‘Yes, and you scold it (at home) for tearing wallpaper!’.

After the bear runs from the camp, one of the fishermen adds: ‘Well done Vasily Vasilyevich! This is it, you are on the front page! The biggest piece of meat is yours!’