BREAKING: Pete Buttigieg drops out of the presidential race after coming fourth in South Carolina and taking the counsel of former president Jimmy Carter

Pete Buttigieg is dropping out of the presidential race, DailyMail.com has learned.

Sources close to Buttigieg’s campaign confirmed that the 38-year-old concluded his White House bid on Sunday following a disappointing fourth-place finish in the South Carolina primary.

The news came hours after Buttigieg met with former President Jimmy Carter while on the campaign trail in Plains, Georgia.

The former mayor of South Bend, Indiana, is now on his way back to his home city, where he will officially announce the suspension of his campaign in a speech tonight, an aide told DailyMail.com. 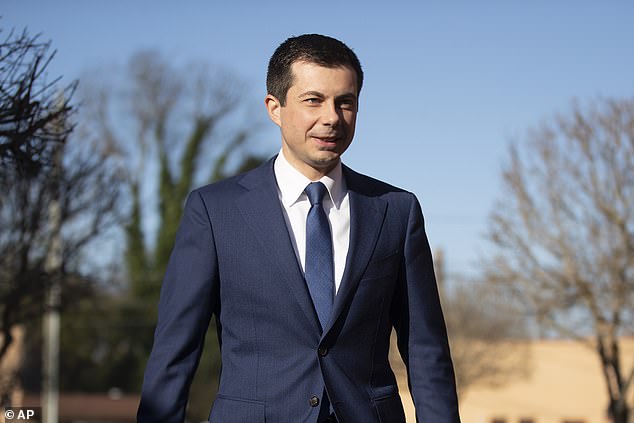 Pete Buttigieg is dropping out of the presidential race, according to new reports 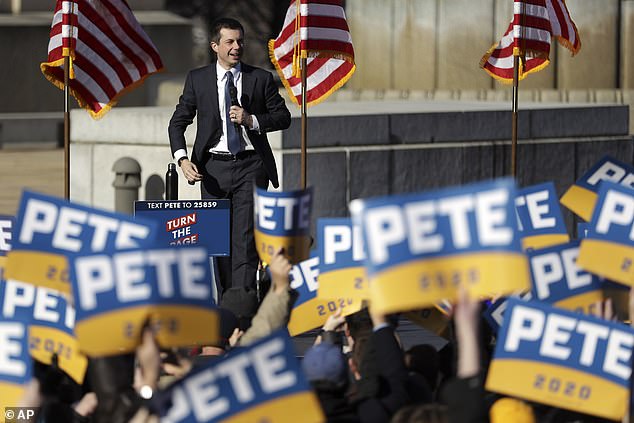 The former mayor of South Bend, Indiana, is expected to announce the suspension of his campaign at a speech on Sunday night

An Afghanistan war veteran and the first openly gay candidate to seriously contend for the presidency, Buttigieg rose to the field’s top tier as an eloquent, disciplined speaker with a promise to unite Democrats, independents, and moderate Republican voters.

He tried to make the case that his party thrived when it embraced candidates who offered generational change – but ended up being more successful at winning older voters while Sen Bernie Sanders, 78, captured the energy of younger ones.

His departure from the race reflects the growing pressuring among more moderate Democrats to consolidate in an effort to blunt the rise of Sanders, who Buttigieg said was too liberal to be elected. 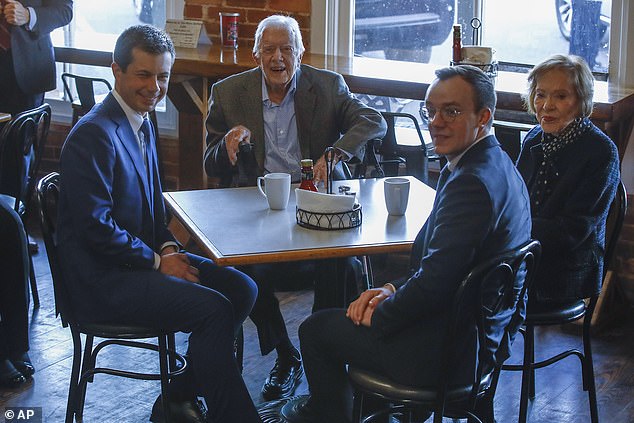 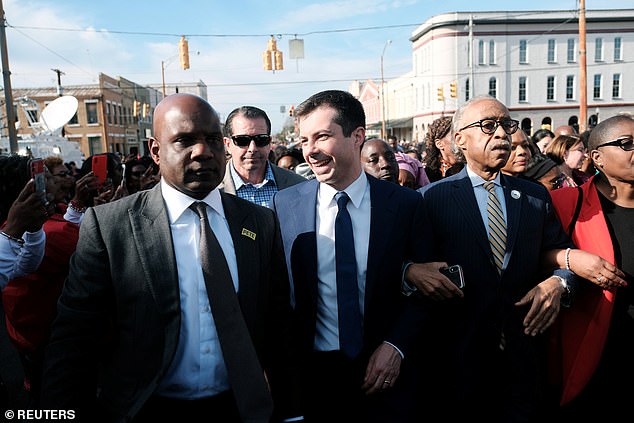 Buttigieg crosses the Edmund Pettus Bridge commemorating the 55th anniversary of the ‘Bloody Sunday’ march in Selma, Alabama on Sunday

Despite robust organizations in Iowa and New Hampshire and supporters who included an influx of former independents and Republicans, Buttigieg failed to overcome daunting questions about his ability to draw African American support key to the Democratic base.

As mayor of a city that is 25 percent black, Buttigieg faced criticism for firing the first African American police chief in the history of South Bend and for his handling of the case of a white police officer who fatally shot an armed black man in June.

After his unexpected rise to contention in Iowa and New Hampshire last fall, Buttigieg became the target of Massachusetts Sen Elizabeth Warren for the high-dollar fundraisers he was hosting, notably one in a wine cave in California.

Minnesota Sen Amy Klobuchar also went at Buttigieg in the months before the caucuses for lacking national experience.

She noted that he had lost his only statewide race as a candidate for Indiana treasurer in 2010, while she had won three statewide terms in Minnesota in part by carrying Republican-heavy regions.

Buttigieg presented a starkly different figure on the debate stage than the other leading candidates — all septuagenarians — and drew admirers for his calm, reasoned demeanor and rhetorical skills that reflected his Harvard-trained, Rhodes scholar background but that some voters and operatives described as ‘robotic’.

Buttigieg had modeled his campaign somewhat on that of former President Barack Obama, who won the 2008 Iowa caucuses largely based on a message of unity and by drawing in a healthy bloc of first-time caucus participants, often the key in a crowded, high-turnout contest.

This is a developing story.