PhD student, 25, killed herself with lethal dose of morphine after prosecutors refused to charge man that she accused of raping her, inquest hears

A talented and internationally published PHD student killed herself after prosecutors refused to charge a man she accused of rape, an inquest has heard.

Josie Jolley, 25, was told a jury would not believe her story because she held hands with her alleged attacker, ‘undermining’ a potential case.

Ms Jolley, described as extremely bright, was found dead at her home in Brighton, on Tuesday, September 8, last year after taking a fatal dose of her mother’s morphine medication.

She spent the night of September 7 alone because her mother was having treatment in hospital.

When her mother Jacqueline couldn’t get hold of Ms Jolley she asked her two friends to check on her.

There was no answer when they shouted through the window on the evening of September 8 and when they went inside they found her unresponsive in bed.

The inquest at Brighton Coroner’s Court on Wednesday heard that in December 2019, Ms Jolley reported that she had been raped. 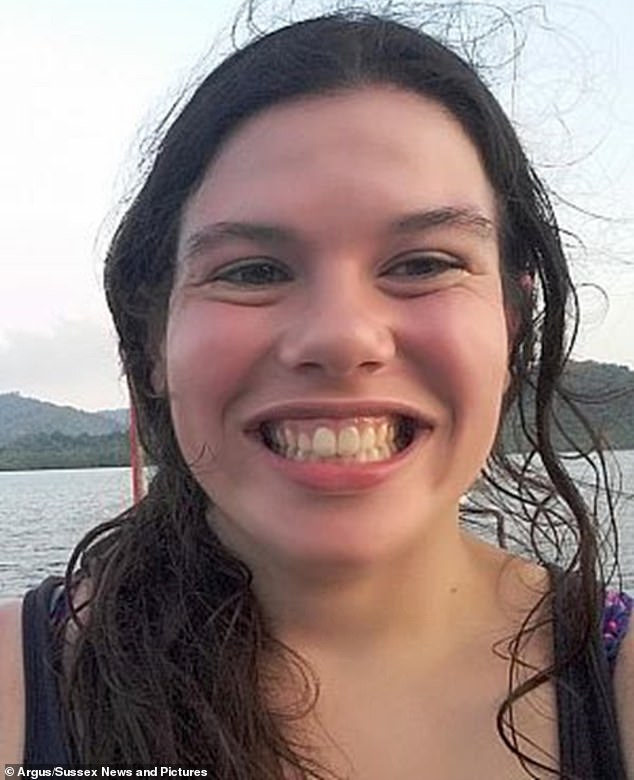 Josie Jolley (pictured), 25, was told a jury would not believe her story because she held hands with her alleged attacker, ‘undermining’ a potential case

Sussex Police referred the case to the Metropolitan Police, who concluded it should be passed to the Crown Prosecution Service (CPS), but the decision was made not to take the case to court.

He said: ‘Often it’s one person’s word against another’s. The burden of proof is quite high in criminal court and that’s where the issue is.

‘There was CCTV footage of them holding hands, which would be undermining for a prosecution to take place.’

Senior coroner Veronica Hamilton-Deeley said: ‘Josie agreed that when she had originally met this person he had offered her a massage.

‘But then she says he wanted more and when she refused, he assaulted and raped her. He says it was consensual.

‘Officers would have been satisfied there was enough evidence to charge and secure a conviction for it to be passed to the CPS in the first place, but ultimately it comes down to the CPS.

‘Simply because the CPS did not find it met grounds for prosecution it does not mean to say it did not happen. It was obviously still playing on her mind.’

Speaking at the inquest, Ms Jolley’s mother said they had discussed whether or not she should appeal against the decision, but Ms Jolley felt ‘it would only be more delay’.

Ms Jolley, who had studied in the geography department at the University of Sussex since beginning her undergraduate degree in 2014, had previously been in a relationship with one of her PhD supervisors, but this had ended in July 2019, the court heard.

‘But I do feel she was someone who could take negative things and apply them to life in a positive way. She was incredibly strong and outgoing.’ 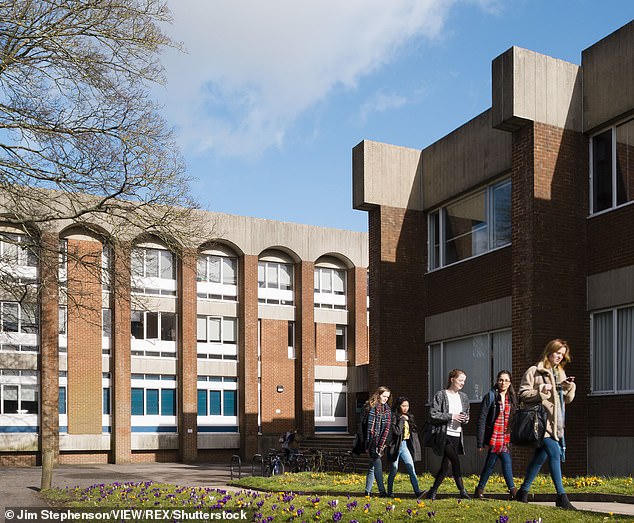 Ms Jolley, who had studied in the geography department at the University of Sussex (pictured) since beginning her undergraduate degree in 2014, had previously been in a relationship with one of her PhD supervisors, but this had ended in July 2019, the court heard

Her mental health deteriorated and she was suffering with a low mood and reduced concentration, but had declined counselling at the university and refused antidepressant medication, the court heard.

In July last year Ms Jolley spoke with her GP and scored highly on two questionnaires for depression and anxiety.

The university contacted her GP on July 29 with concern for her welfare as she had reported suicidal thoughts.

Efforts were made by the health service to encourage her to have counselling but she did not want to engage.

Ms Jolley then reported an attempt to take her own life on August 11 and the counselling service again contacted her GP, who spoke to her, but she declined an appointment, medication or counselling.

The coroner said: ‘Clearly there were events in her life which were extremely traumatic, but she had capacity. The assault took place nine months before she died and the relationship ended over a year before she died.

‘Therefore I don’t consider it to be directly causative but I do think there was a lot going on and I think Josie was a worrier. She certainly received a great deal of good support from the university.

‘The GP service had been excellent and proactive with regard to their contact with Josie. She scored highly on questionnaires for depression and anxiety, and I have no doubt she was effectively diagnosed with these. She was appropriately seen and talked to.’

The coroner concluded Ms Jolley had taken her own life and ruled her medical cause of death was respiratory depression caused by a fatal toxicity of morphine, with depression and anxiety as contributing factors.

She added: ‘I must say that Josie is one of the most remarkable young women I have come across. It’s the worse for humanity that she has not lived longer but this is a decision she has made.

‘She has made a lasting impression on the university and leaves behind a legacy.’

Ms Jolley had been passionate about her research into homelessness after being temporarily placed in a homeless shelter with her mother, during her GCSEs, the court heard.

She was in her second year of PhD research and had won the prestigious MacQuitty prize for her undergraduate work.

In a tribute written by her supervisors for the Royal Geographical Society, Ms Jolley was described as ‘unquestionably the brightest and most talented postgraduate who has ever come through the geography department at the University of Sussex’.

Divya P Tolia-Kelly and Simon Rycroft wrote: ‘Josie’s exceptional level of intellectual engagement with her research never ceased to amaze us as her supervisors. She was always positive, hard-working, constantly humble and open to new ideas.

‘She was wholeheartedly committed to making a difference to the way homelessness is understood both in the academy and beyond, and fearless in trying to achieve this objective.

‘She was great company and will be greatly missed by the many people whose lives she touched in our community at the University of Sussex.

Speaking after the inquest, Jayne Aldridge, director for student experience at the university, said: ‘We are desperately sad about what happened to Josie.

‘She was a bright student who had worked so hard during her many years at Sussex.

‘Our thoughts continue to be with her family and friends.

‘If any of our students are upset by what they have heard reported from the inquest we strongly encourage them to talk to our trained staff in the Student Life Centre. Please do not delay.’

If you have been affected by this story, the Samaritans charity has a free helpline you can call on 116 123, which is open 24 hours a day, 365 days a year.