Tornadoes careened across a swath of Tennessee overnight Monday, wrecking about 40 buildings, killing 25 people and leaving tens of thousands without electricity.

At least one tornado ripped through Nashville, the Associated Press reported, noting that schools, courts, public transit, the state capitol and John C. Tune Airport have been closed in light of the devastation.

According to News Channel 5, 18 people were killed in Putnam County and dozens more remain unaccounted for.

Gov. Bill Lee said at a news conference that more people are missing, the Tennessean reported. "There's a really good possibility that there may be more. It's early yet," he said.

Some polling stations also reported damage and had to be relocated mere hours before the start of Super Tuesday.

This reality was reflected in the Metro Nashville Police Department's photos after their chopper surveilled destruction in the city's neighborhoods.

Below, images of the devastation. 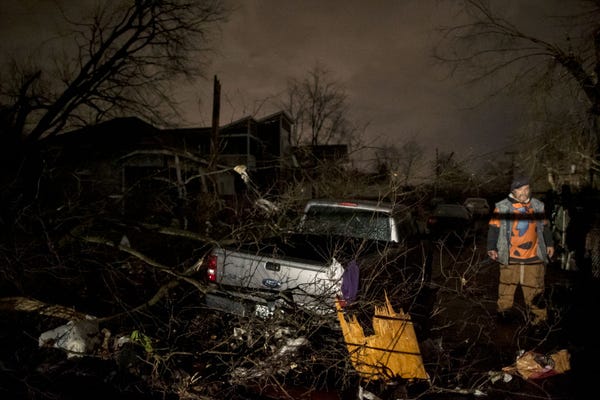 The tornadoes were triggered by a series of severe storms that spanned from Alabama into western Pennsylvania. 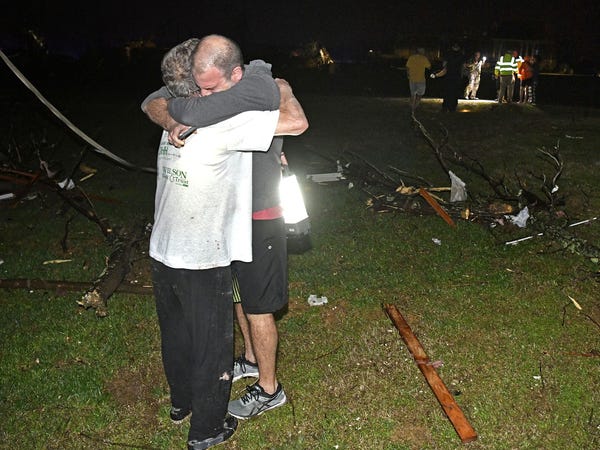 One of the tornadoes hit Nashville, wrecking over 40 buildings. 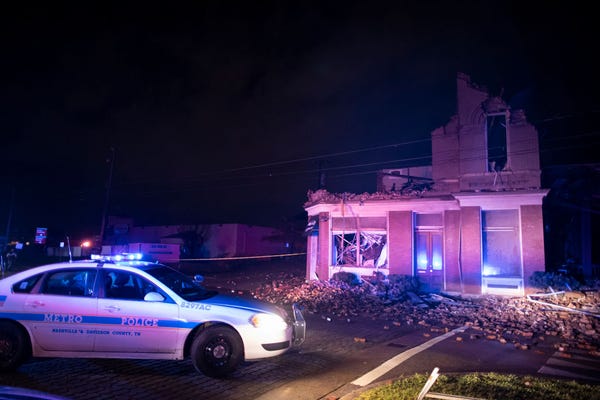 At last count, the tornadoes killed at least 25 people, officials said, with many more reported missing. 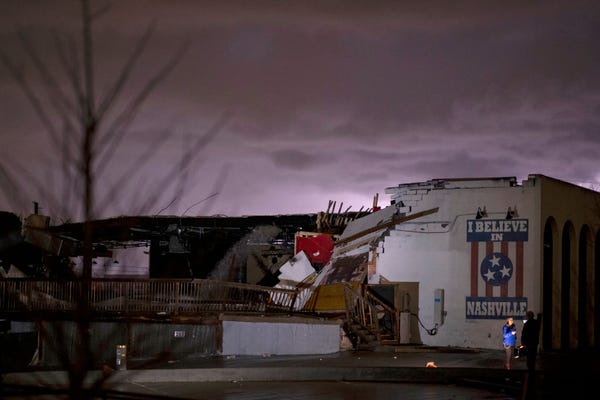 A grim picture emerged as the sun rose over the home of country music: Streets were littered with debris, uprooted trees, downed power lines and mangled cars. 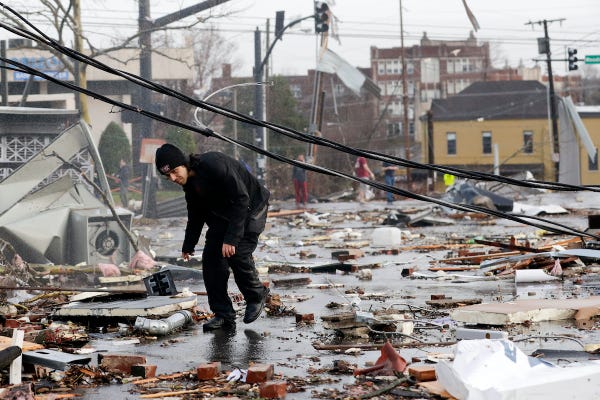 Elsewhere, roofs caved in and walls collapsed, revealing deformed kitchens and living rooms, and rubble that was once people's belongings. 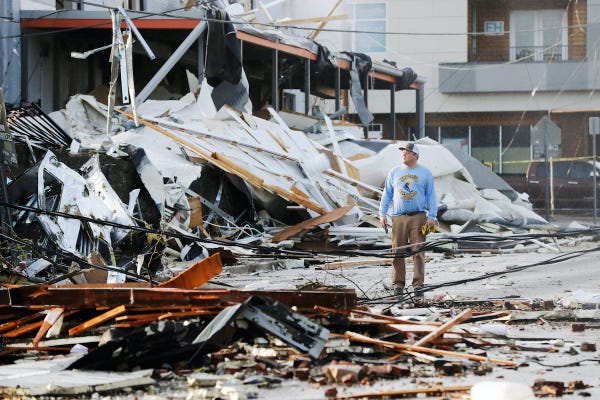 "Last night was a reminder about how fragile life is," Mayor John Cooper said at a news conference. 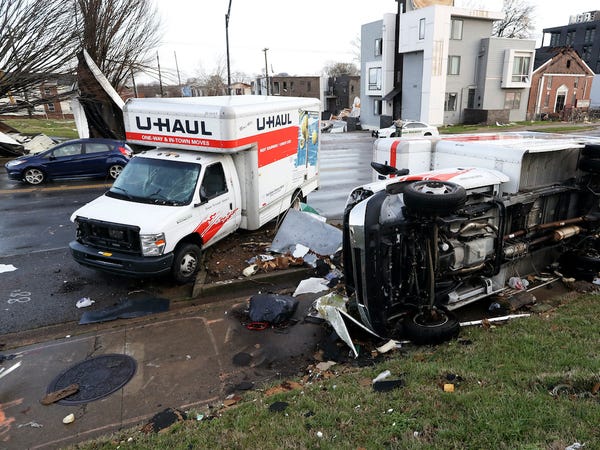 The tornadoes tore through newly renovated neighborhoods, including Germantown and East Nashville. 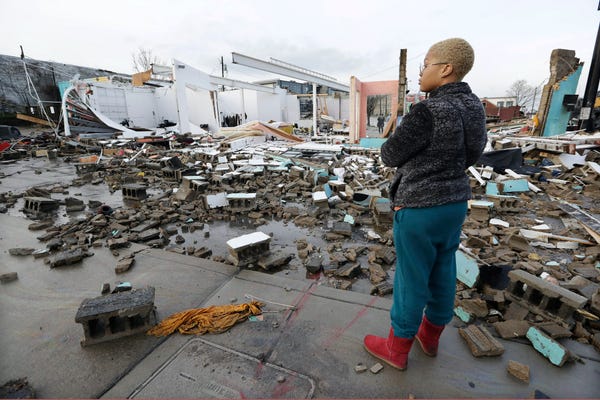 One tornado struck near downtown Nashville and stayed on the ground for nearly 10 miles. 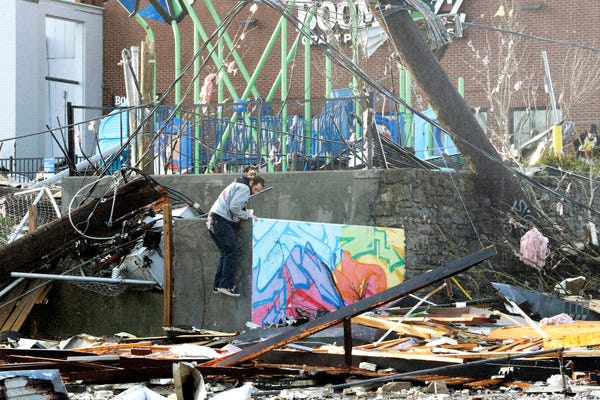 Paula Wade, of East Nashville, lives across the street from the beloved East End United Methodist Church, from where, she said, "the bell tower is gone, the triptych window of Jesus the Good Shepherd that they just restored and put back up a few weeks ago is gone." 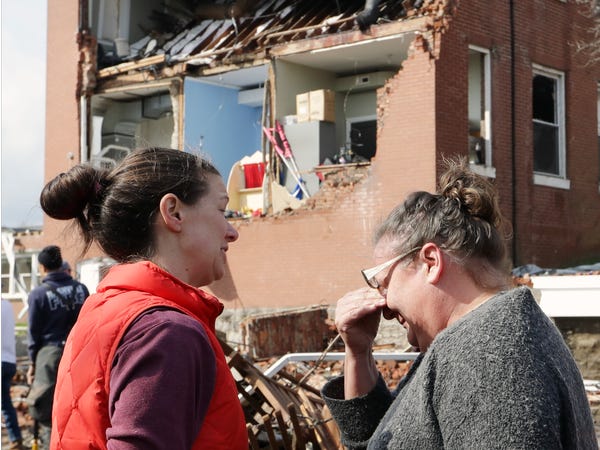 Search and rescue teams are out scouring damaged buildings for people who may be trapped or hurt, according to the Nashville Fire Department. 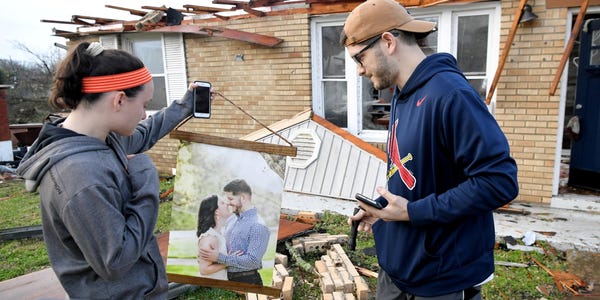 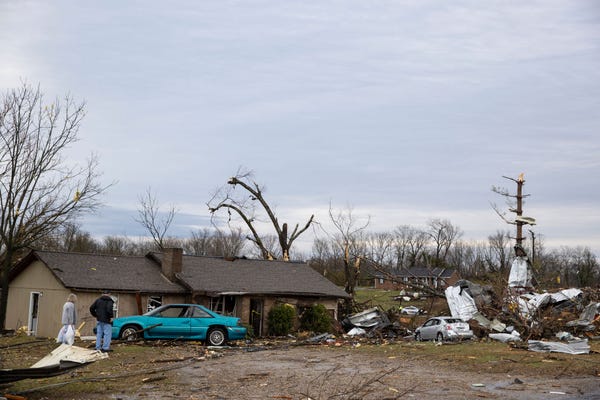 Officials are hurrying to open to emergency shelters as sirens pierce the air and the stench of natural gas hangs heavily over parts of Nashville. 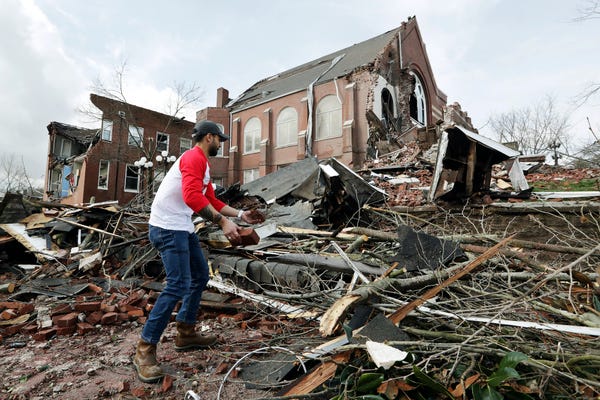 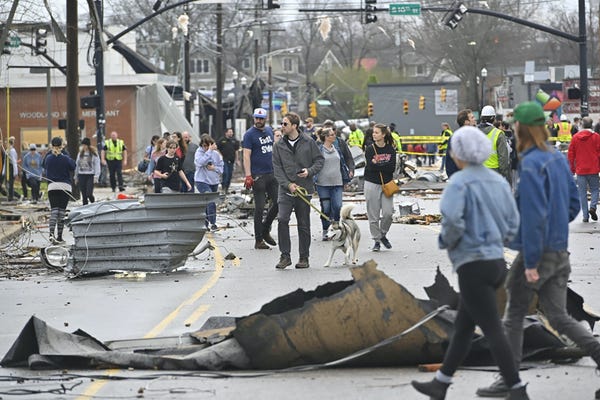