Piers Morgan has lashed out at the ‘woke’ remake of the 1970s television series The Wombles, branding it ‘completely and utterly insane’.

A major revamp of the BBC children’s show is underway, in an attempt to revise the series for a modern, politically correct era.

But Marcus Robertson, the son of Elisabeth Beresford, the show’s creator, recently criticised the CGI remake, accusing it of holding his family ‘hostage’.

The Good Morning Britain presenter, 54, reacted to Mr Robertson’s comments, saying: ‘I knew eventually that the woke brigade would come for The Wombles.

‘When I was growing up I loved The Wombles. Bear in mind the wombles are fictitious creatures, they are not humans.’

Co-host Susannah Reid interjected: ‘Can we not spoil it for the children watching?’

Piers continued: ‘They are not humans, their faces are painted in you may see orange and grey and blah blah blah.

‘The family of Elizabeth Beresford, who created The Wombles, have been surprised to put it mildly, annoyed to put it accurately, that apparently in a new CGI version of the revamped version, a new BBC remake of it, apparently they now have wombles with deliberately darker skin tones to reflect diversity.

‘And as the family say wombles have grey fur – orangey grey faces, says Elizabeth’s son – I don’t believe in black or white wombles and neither did my mum.’

He added: ‘Who is actually saying we need to have wombles with darker skin tones to reflect to hit any diversity quota?

‘It is completely and utterly insane.’ 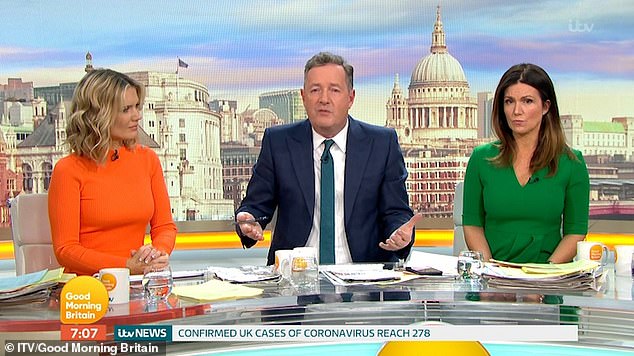 Piers Morgan (centre), 54, lashed out at the ‘woke’ remake of the 1970s BBC television series The Wombles. He branded the revamp ‘completely and utterly insane’ 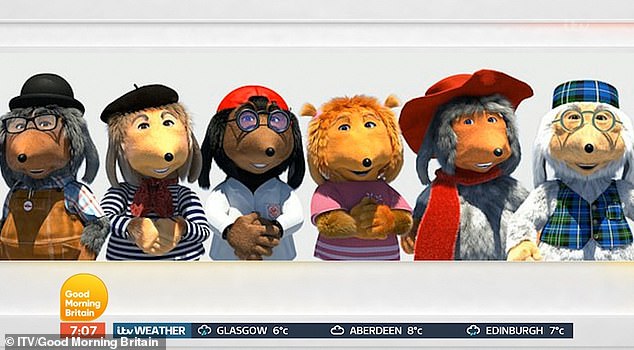 A major revamp of the BBC children’s show is underway, in an attempt to revise the series for a modern, politically correct era. But it has received criticism from the son of the show’s creator 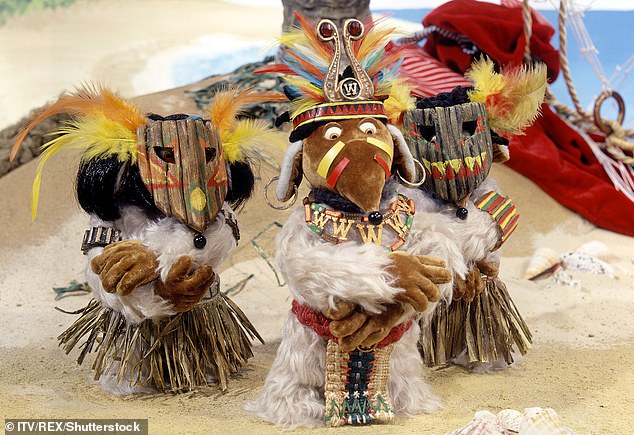 The Wombles were originally created in a series of children’s novels from 1968. They appeared in a highly successful TV show (pictured) in the UK in the 1970s

It follows Mr Robertson, 64, telling The Mail on Sunday: ‘It’s a fight for the soul of the Wombles, I feel we’re being held hostage.

‘We’ve never owned all the rights, but we’ve always had respect for the idea that the Wombles came from my mother’s head. Now that’s all gone.’

He added: ‘As far as the family is concerned, it should be a very simple story for children to enjoy, with no hidden messages other than the one that has always been there – about looking after their surroundings. Wombles are not humans. Sometimes I think that’s not understood.’

Lawyers for Craig Treharne, the British businessman who recently acquired control of the series’ copyright, reportedly declined to comment in detail on Mr Robertson’s claims, but said his views are ‘not shared’ by Wombles Copyright Holdings Limited or the Wombles.

The Wombles were originally created in a series of children’s novels from 1968.

The furry characters were known for their litter picking and rubbish clearing, helping the environment by recycling in creative ways.

They appeared in a highly successful TV show in the UK in the 1970s – and even a chart-topping hit.