A PILOT spelt out 'Stay Home' on a flight tracker map over Austrian airspace after the country was put under coronavirus lockdown.

The pilot flew a single engine Diamond DA40 jet for 24 minutes after taking off from Weiner Neustadt and landing in Graz. 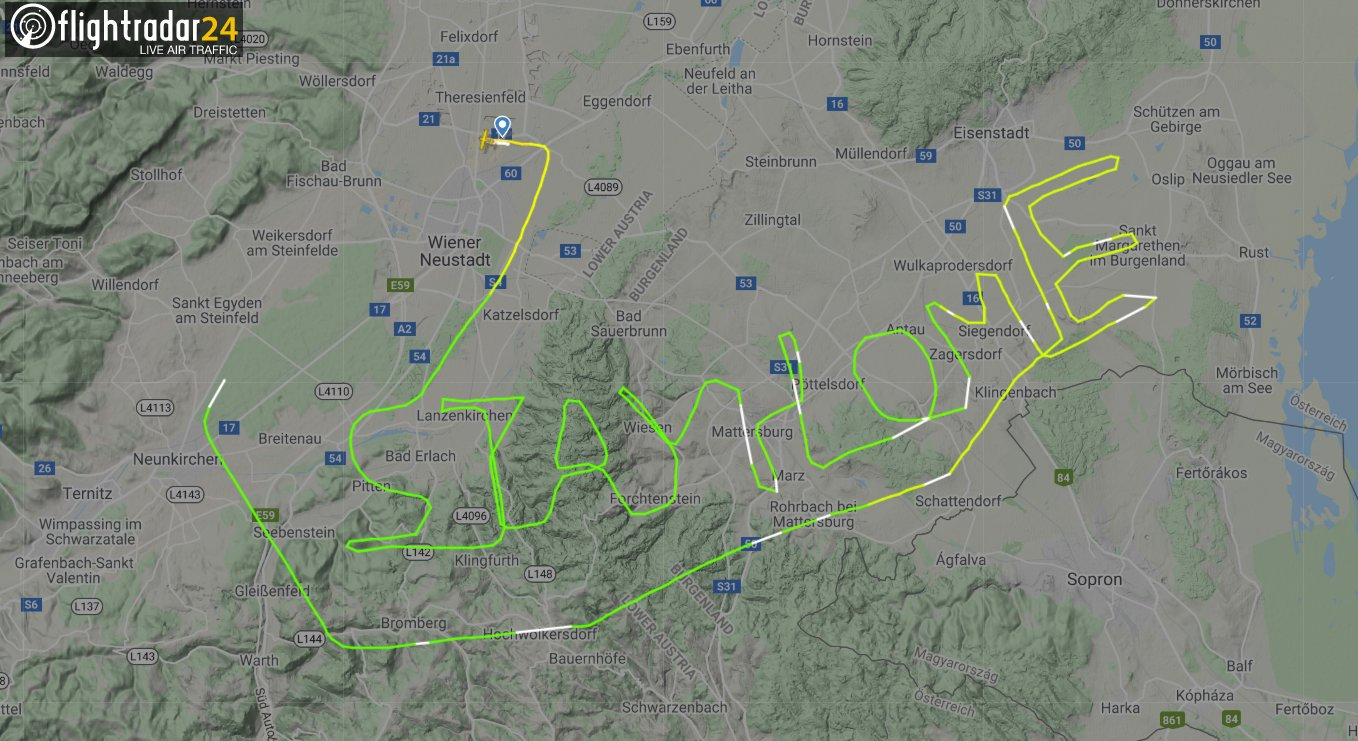 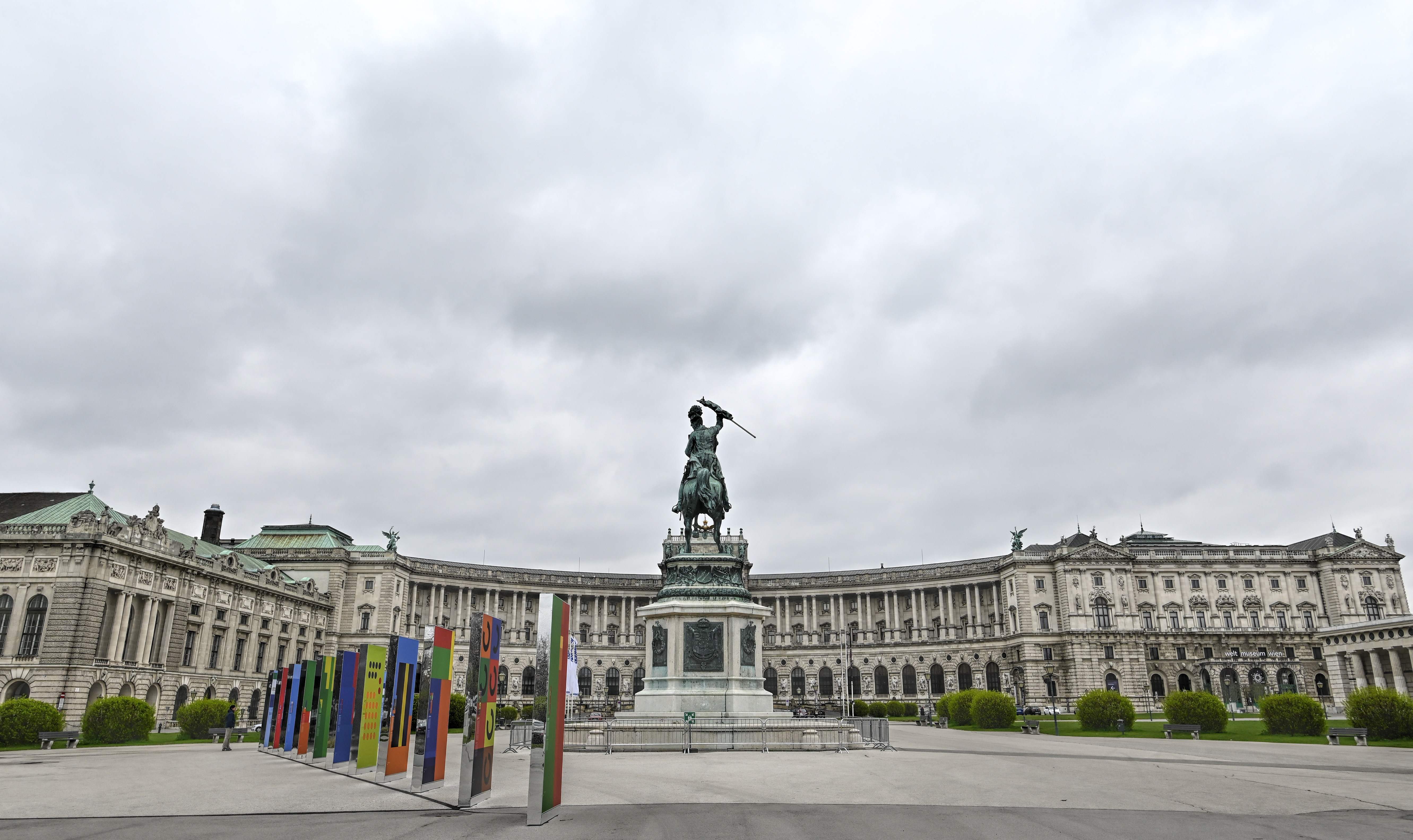 The path of his flight shown on air traffic tracking website Flight Radar 24 was the outline of the words 'Stay Home'.

It came after Austrian Chancellor Sebastian Kurz  warned residents to self-isolate at home after the COVID-19 outbreak.

The global pandemic has claimed 16 lives in Austria, with more than 3,000 reported cases of the deadly bug so far.

On March 11, Austria was  still permitting  gatherings of up to 500 people outdoors and schools were still open.

But by March 15 the country had banned gatherings of five or more people and closed down schools, restaurants and businesses.

Since March 16, residents are only allowed to leave home if it is not possible to work from home, if they are buying food or helping others.

Meanwhile, Austria's neighbour, Italy, is now at the epicentre of the world's virus disaster with nearly 5,000 fatalities. 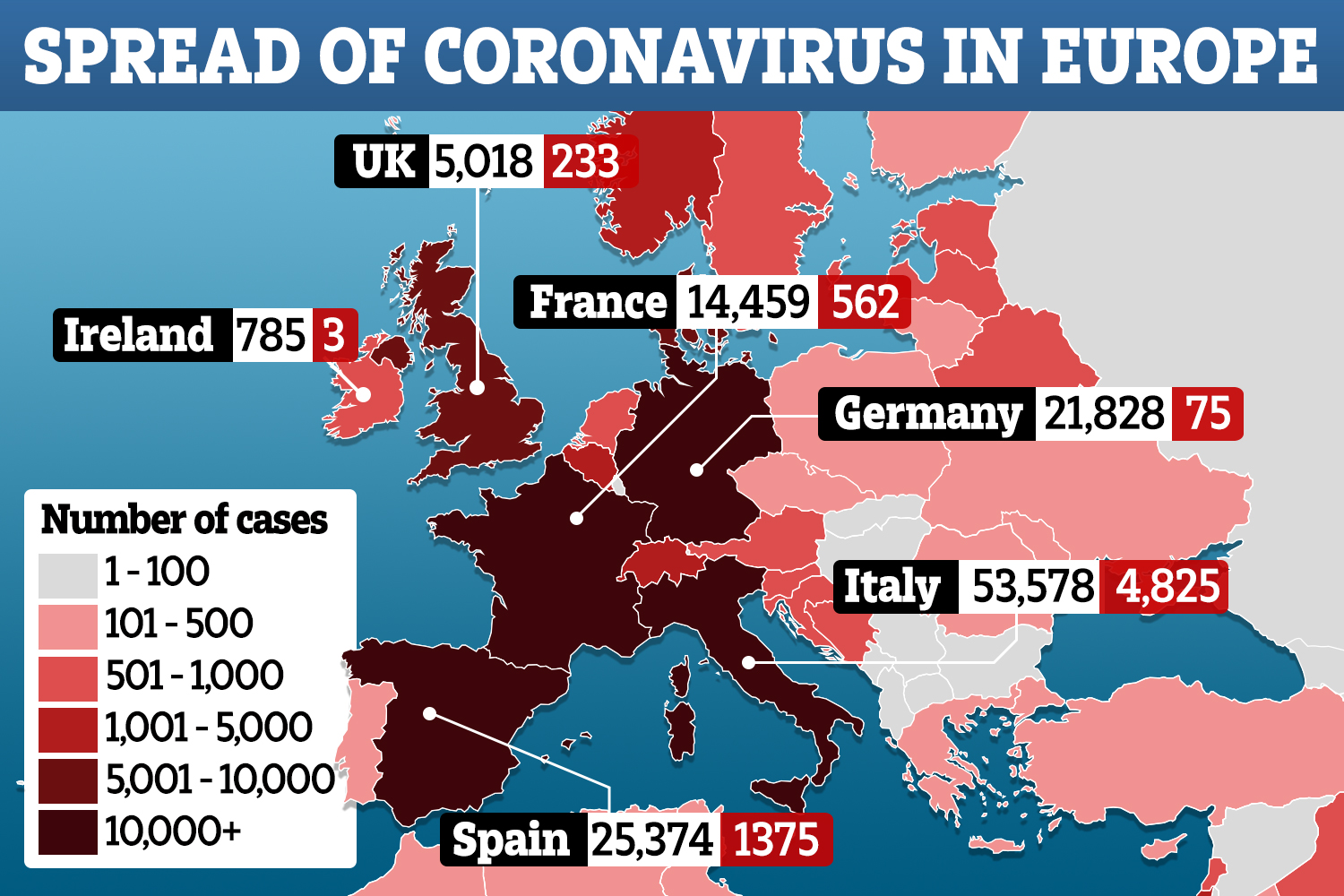 Troops are working round-the-clock to move coffins in Italy after the coronavirus pandemic claimed the lives of 793 people in a single day – the worst day for deaths anywhere worldwide since the crisis began.

The total number of dead in the hardest-hit country in the world soared to 4,825 yesterday.

Soldiers have been drafted in to ferry bodies to cemeteries already struggling to cope with the numbers dying.

Photos taken in Bergamo show a convoy of military vehicles loaded with the coffins of those killed by the virus.

Despite extensive measures to prevent the spread of the disease, Italy remains the world's worst affected country.

It now has more than 53,578 confirmed cases of coronavirus and has been under lockdown since the government announced a nationwide quarantine on March 9.

The region of Lombardy, situated in the country's north, has been the worst hit, with reports now emerging of a catastrophic situation developing in its hospitals. 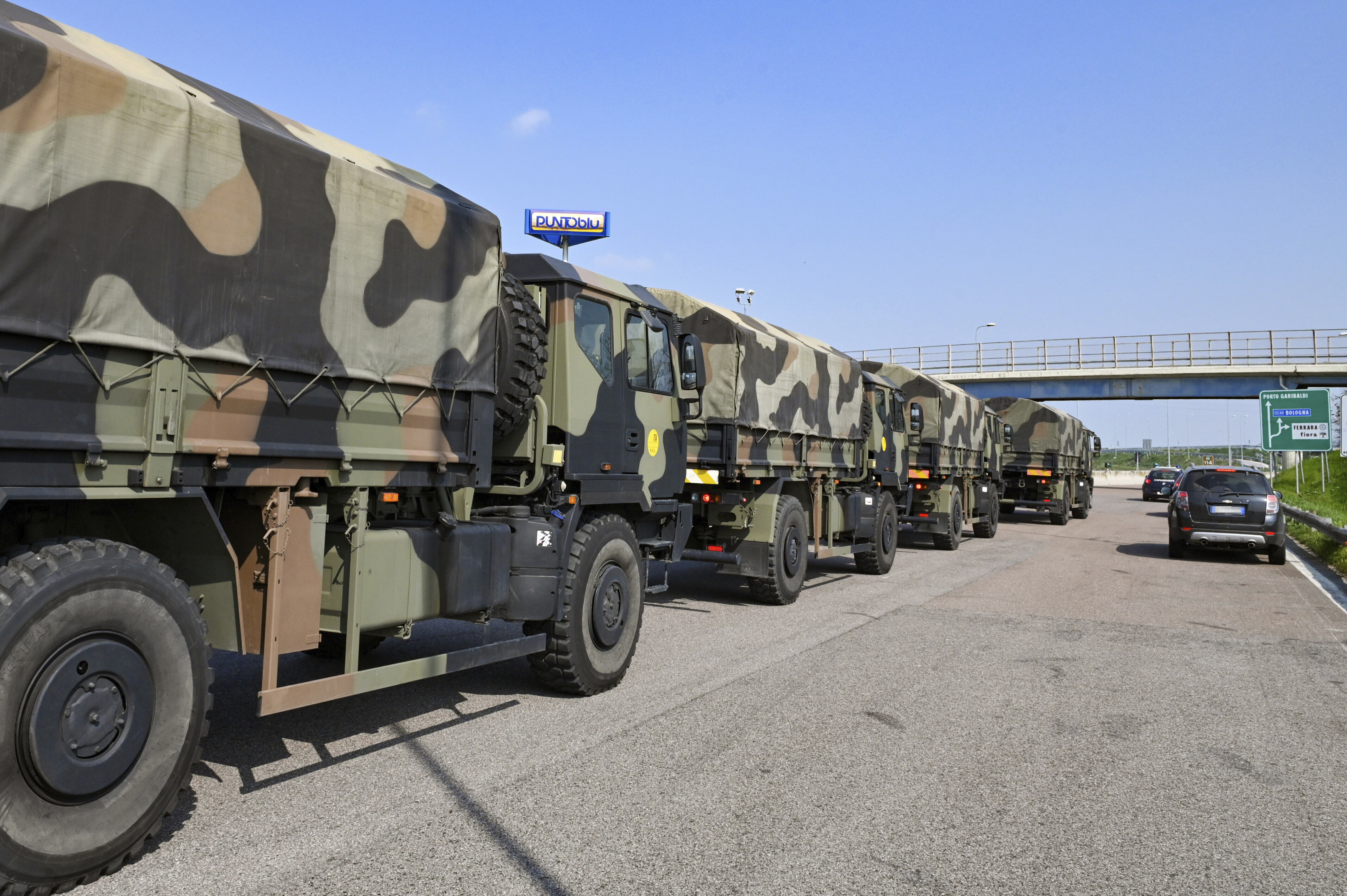 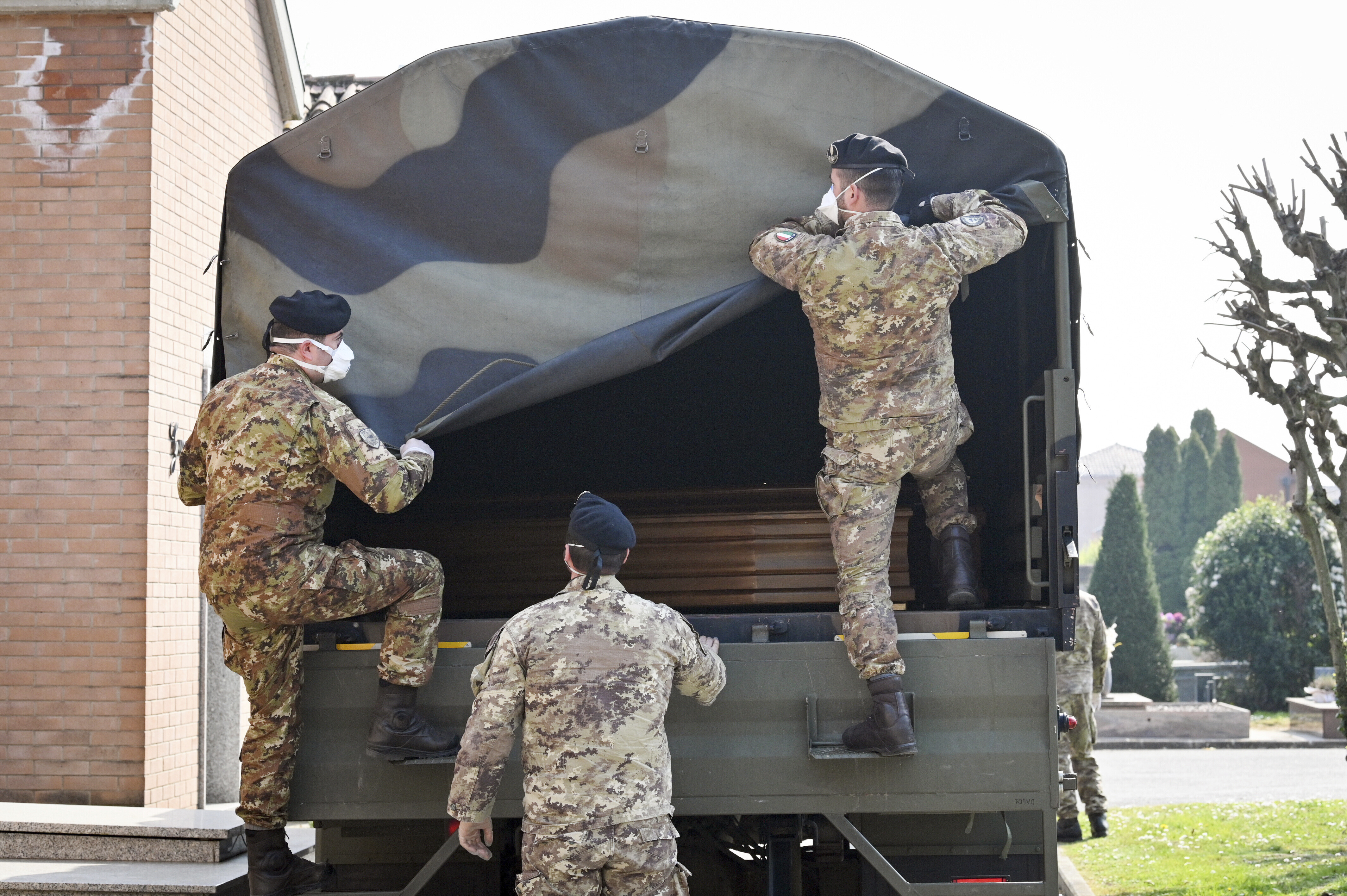