Pizza Express is planning on closing around 75 of its 470 UK restaurants, reports suggest.

The branches are facing closure as part of a financial restructuring of the business, which is one of Britain’s biggest restaurant operators.

The exact number of branches being closed is yet to be confirmed and could depend on the progress of talks with landlords, set to start next week.

One source told Sky News that the number could be higher or lower than 75, but is unlikely to be more than 20 per cent of the restaurant’s UK outlets.

That means as many 94 sites could be closed, impacting hundreds of jobs, with Pizza Express employing 8,000 workers in the UK.

It comes amid a raft of job cuts and store closures as the coronavirus pandemic and lockdown batters the High Street. 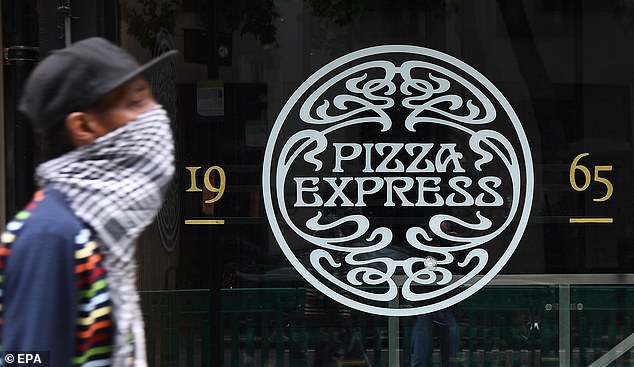 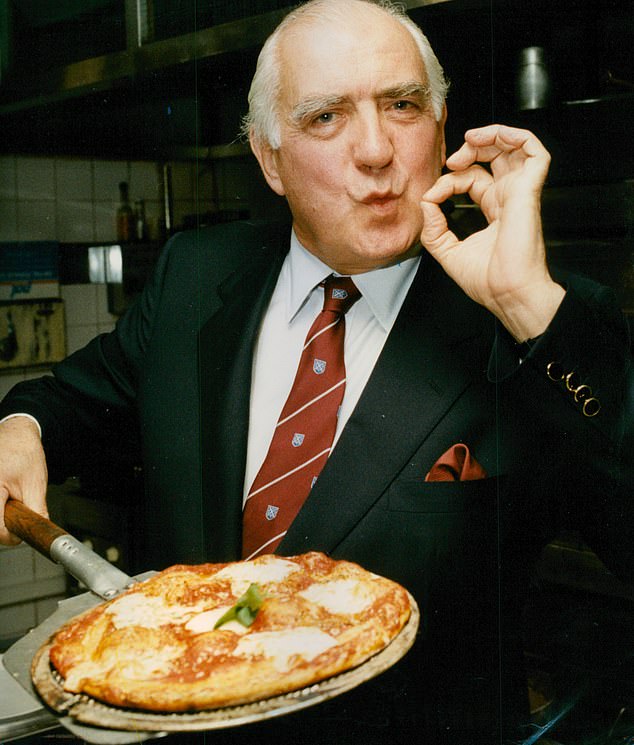 Peter Boizot, founder of Pizza Express. The branches are facing closure as part of a financial restructuring of the business, potentially affecting hundreds of jobs

The closures would be made as part of an insolvency process called a company voluntary arrangement.

A CVA would be used by Pizza Express to cut its rent obligations across the UK.

It comes as a report suggested the company is set to be taken over by its bondholders, as the high street chain struggles with the loss of revenues during the coronavirus pandemic.

The chain’s Chinese owner, Hony Capital, could lose control of the company as part of a restructuring.

Hony bought Pizza Express in 2014 in a £900m deal, its first branch opened in Beijing.

The investment manager had hoped to drive the growth of Pizza Express in China.

Pizza Express was founded by Peter Boizor in 1965, below is a brief history of the company and how it evolved

1965, London: Peter Boizor visited London and realised that ‘great pizza didn’t exist’ in the capital. His first restaurant was opened that year

1969: Mr Boizor wanted to change the way people ate out and introduced the Pizza Express Jazz Club, which would go on to host the likes of Amy Winehouse

1993: Mr Boizor sells the restaurant chain for a reported £33 million after it was floated on the London Stock Exchange (LSE). It also opened franchises across the UK

1995: The chain expanded into the republic of Ireland

1996: Franchises re-purchased by the company

2003: TDR Capital and Capricorn Associates buy the company and make it private again

2011: Firm launches a major re-brand of its UK restaurants

2018: Mr Boizor dies at his home in Peterborough. It is reported that he left assets of  £99,050. These were reduced to nil after his liabilities were settled

2019: Employs advisors to help them undergo talks with creditors

However, the chain has struggled, particularly in the UK, with the casual dining sector under intense pressure even before the pandemic.

The popular restaurant is thought to have struggled with rising costs and a tough UK trading environment.

In October, Pizza Express was instructed to pay £465 million in secured bonds by August 2021. Its next repayment for £200 million in unsecured notes is due to be repaid by the following year.

In the second quarter of last year, the company’s earnings fell 11 per cent, while its debt rose 7.9 times before tax and earnings, compared to 6.6 times just a year earlier.

Reports on Companies House from October suggest that the brand has a half a billion pound loan with its parent company, which is currently being paid with a 10 per cent interest rate per year.

As of the end of December 2018 the companies loans and borrowings came in at £1.13 billion.

In 2017 the company cut off Firezza Holdings Limited, which is another pizza fast food chain.

Reacting to today’s news, Nigel Frith, a senior market analyst, told Mail Online: “At a time where restaurants are supposed to be coming out of lockdown and taking part in the Eat Out To Help Out scheme, it’s a shame to still see yet another chain axing jobs within the hospitality trade.

‘This constant flow of unemployment within the hospitality industry is continuing to rise and rise and it’s not surprising if there are hardly any restaurants left after the pandemic. It will be interesting to see if closing 75 stores will do any good for the chain – August might be the decider for Pizza Express

‘Closing 75 out of 470 restaurants within the UK doesn’t seem to much in the grand scheme of things, but when it comes to employees being out of work – the hospitality trade is hardly recruiting at this moment in time, for all we know it could be a lot more stores than we think.

‘Pizza Express was struggling before the pandemic but it looks like this could be the final nail in the coffin.’

It comes as it was claimed more than 250,000 High Street jobs could be axed as Britons shop online during the coronavirus crisis.

Experts have warned that a slew of store closures at John Lewis and Boots are ‘just the start’.

The department store chain will shut eight sites, putting 1,300 jobs in peril, and 4,000 will be lost at the health and beauty retailer. 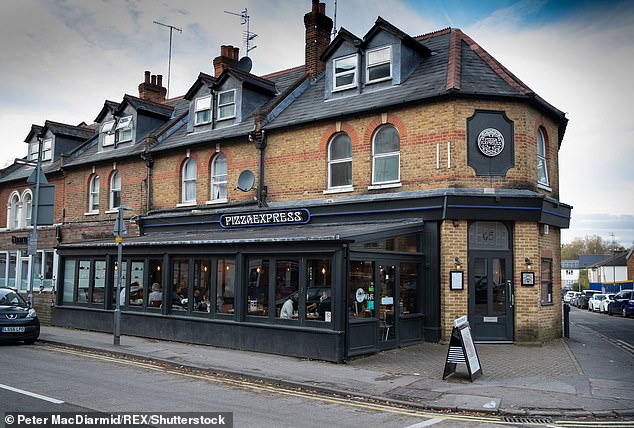 John Lewis confirmed eight of its stores will not be reopening after closing for lockdown.

The ailing department chain will permanently close major sites in Birmingham and Watford, as well as smaller outlets at Heathrow airport, St Pancras train station in London and four At Home shops in Croydon, Newbury, Swindon and Tamworth.

Rolls Royce and Burger King said job cuts were still on the cards, with Boots one of the latest to announce redundancies.

The high street pharmacy said more than 4,000 posts will be axed – seven per cent of its workforce – due to the ‘significant impact’ of Covid-19.