Marques Armstrong had just got out of the shower one morning this fall when he heard gunshots that seemed to come from his Minneapolis backyard. After ducking, he ran upstairs to check on his wife and daughter, then looked out to see a car speed away.

It was a depressingly routine occurrence on the city’s predominantly Black north side that reaffirmed Armstrong’s staunch opposition to a proposal on Tuesday’s ballot to replace the city’s police department — and a required minimum number of officers — with a new Department of Public Safety.

“Everybody says we want the police to be held accountable and we want fair policing. No one has said we need to get rid of the police,” said Armstrong, a Black activist who owns a mental health practice and a clothing store. “There needs to be a huge overhaul from the ground up, but we need some form of community safety because over here shots are ringing out day and night.”

The ballot proposal that goes to voters Tuesday has roots in the abolish-the-police movement that erupted after George Floyd was killed by a Minneapolis police officer last year. It has drawn strong support from younger Black activists who were mobilized by Floyd’s death, as well as from some Black and white residents across this liberal city.

Many people of color who live in the city’s highest-crime areas say they fear a steep drop in the number of police officers will leave them more vulnerable amid a dramatic spike in violent crime.

The debate over racial justice in policing that erupted after Floyd’s death has brought national attention to Tuesday’s vote, as well as a river of out-of-state money seeking to influence an outcome that might shape change elsewhere, too. 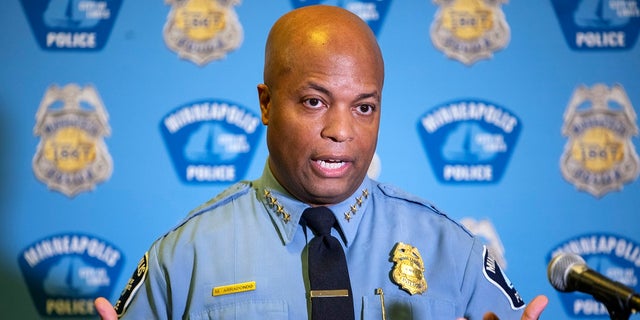 The campaign has been bitter. Opponents have attacked the ballot question as vague, with no concrete plan for what comes after passage. Supporters say opponents are overblowing fears about a falloff in police presence — and the prospect that the city’s popular Black police chief, Medaria Arradondo, will quit if the initiative passes. Mayor Jacob Frey, who opposes the ballot question, is facing a tough reelection fight, with his two top opponents urging their supporters to leave him off their ballots in the city’s ranked-choice voting system.

Arradondo, the city’s first Black chief, recently urged voters to reject the proposal after previously saying that an element that would give City Council members more oversight of policing would be “wholly unbearable.” He has sidestepped questions about whether he would remain if it passes.

Raeisha Williams, an activist with Guns Down Love Up, said she believes the plan’s supporters are mainly white residents who haven’t experienced police misconduct or the violence that Black residents are seeing on the north side. Her brother, Tyrone, died in a shooting there in 2018.

“It’s like our voices are not heard — they are hijacking a movement yet again and making it their own,” said Williams, who is Black.

JaNaé Bates, one of the young, Black activists leading the movement to pass the ballot proposal, said her group worked hard to take all voices into account. Bates said more than 1,400 of the roughly 20,000 signatures on the petitions to get the measure on the ballot came from northside residents.

Bates said their effort to inform people about what the initiative would do involved knocking on the doors of north Minneapolis homes to hear the voices of those most affected by public safety issues.

“We’ve been extremely intentional because the residents of these neighborhoods are tired of accepting the status quo, both around police brutality and community violence,” Bates said.

Steve Fletcher, a White City Council member who supports replacing the police department, said there’s both support and opposition to the plan from all areas of the city.

“I think a lot of people are just recognizing that we cannot be the city that killed George Floyd and didn’t grow or change,” he said. 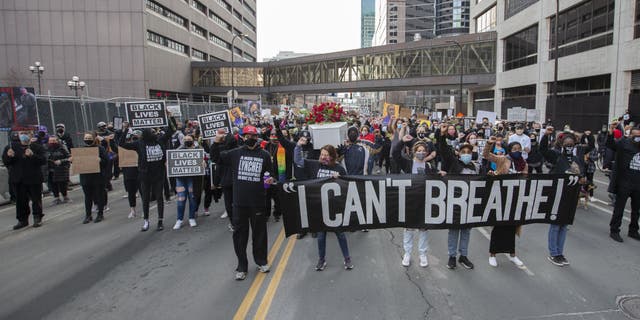 MINNEAPOLIS, MINNESOTA, USA – MARCH 7: Protesters march through the city during a silent march in memory of George Floyd a day before jury selection for the trial of former Minneapolis police offices Derek Chauvin begins in Minneapolis, Minnesota, United States on March 7, 2021. George was killed by former police officer Derek Chauvin in 2020. The trial for former officer Chauvin starts on Monday, March 8 with jury selection. (Photo by Christopher Mark Juhn/Anadolu Agency via Getty Images)

The ballot question calls for a new Department of Public Safety to take “a comprehensive public health approach to the delivery of functions” that would be determined by the mayor and City Council. Fletcher and other supporters argue it’s a chance to reimagine what public safety can be and how money gets spent. A frequent example from supporters is funding programs that don’t send armed officers to call on people in crisis.

The change is being proposed as violent crime in the city is spiking. There have been roughly 80 homicides in Minneapolis so far this year – 35 on the north side, according to online police department crime data. Three victims were children, including one who was shot while jumping on a trampoline at a birthday party. The city could near the record 97 homicides of 1995, when it drew the nickname “Murderapolis.” 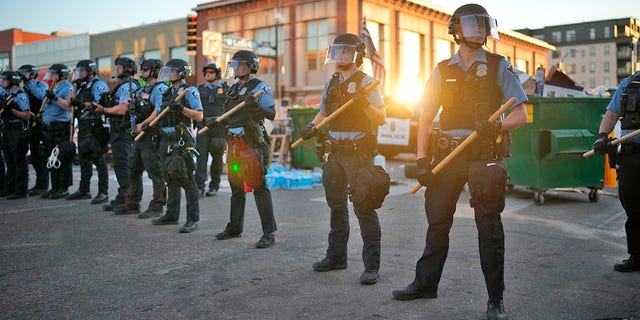 That trend is compounded by the fact the city is down about 300 officers from its authorized force of 888, partly due to officers claiming post-traumatic stress disorder after Floyd’s death and the unrest in the city that followed.

Jerome Rankine, a Black resident in the Kingfield neighborhood on the city’s more affluent southwest side, strongly backs the amendment. Rankine, who also sits on his neighborhood association board, says dropping the city’s requirement for a minimum number of officers would open the way to innovative ideas to change policing.

“Unfortunately, the way that our city charter is set up, we lack the power to turn those ideas into reality,” he said. “I’m voting yes because a yes vote is a vote for taking the barrier to change out of the equation and taking these imaginative ideas of how our policing system can be better.” 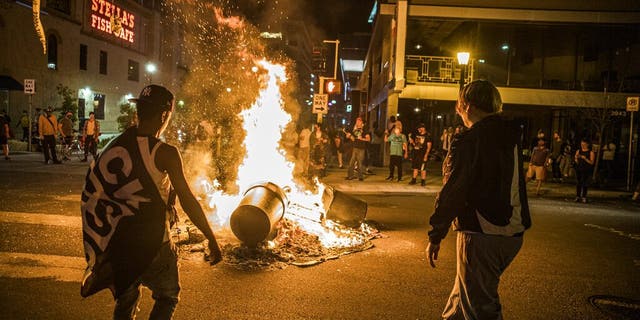 Protesters set a dumpster on fire after a shooting on Thursday, June 3, 2021 in Minneapolis.  Crowds vandalized buildings and stole from businesses in Minneapolis’ Uptown neighborhood after officials said a man wanted for illegally possessing a gun was fatally shot by authorities.  (Richard.Tsong-Taatari/Star Tribune via AP)

Rankine’s board last week endorsed a vote in support of the public safety question. He said his own neighborhood is divided on the question, and that’s fine: “There are no monoliths that cut cleanly across lines, there’s no opinion that cuts cleanly across lines of race,” he said.

“If we are in a movement against police brutality then I feel like all should be welcome in that movement,” he said. “We have seen Minneapolis police take lives over the last several years and they’ve taken the lives of all races and backgrounds, so I feel like there should be no barriers to entry when it comes to being part of the movement.”

Bishop Divar Kemp of New Mt. Calvary Missionary Baptist Church, back on the city’s north side, said the ballot question comes up every day at his church. He said the police department needs to be changed, but the current proposal is dangerous.

“We need the police — there’s no other way I can say that,” he said.