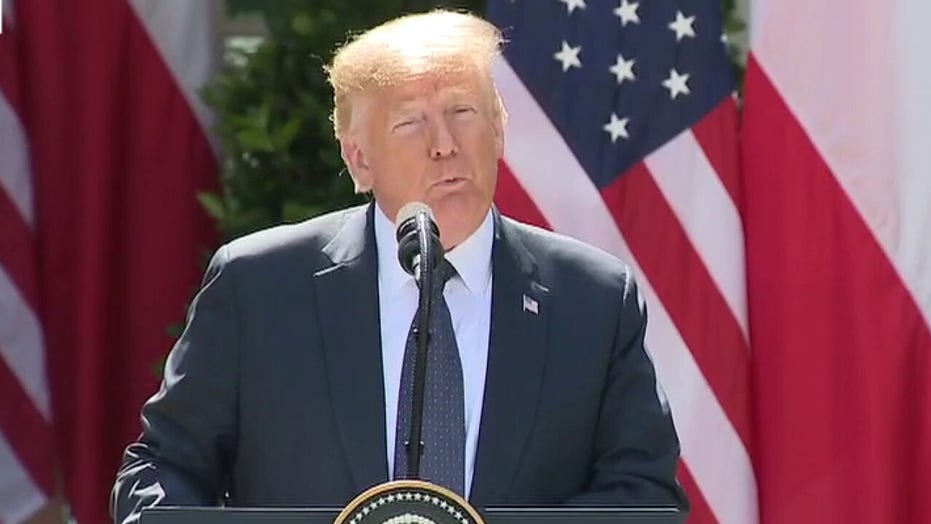 Duda is a social conservative aligned with the right-wing ruling party, Law and Justice. He has drawn criticism from the European Union for denouncing gay rights and the LGBTQ movement as an “ideology” worse than communism. 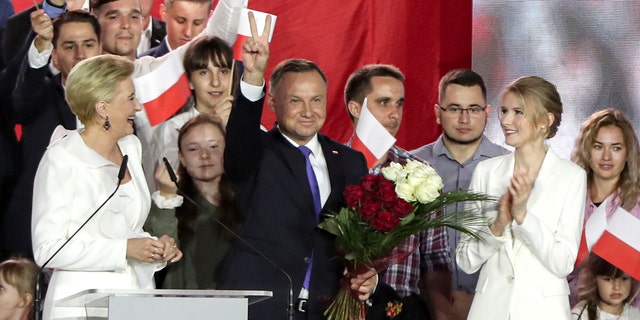 His campaign also cast Trzaskowski, the socially liberal mayor of Warsaw, as someone who would sell out Polish interests to Jewish interests, tapping into old anti-Semitic tropes in the country once home to Europe’s largest Jewish community before it was decimated by Nazi Germany in the Holocaust.

The electoral commission said in a press conference Monday that it was not sure when complete election results would be announced but the additional tallies were not expected to affect Duda’s lead, according to the BBC. Voter turnout was very high at 68.1 percent, close to a record set in 1995, in a sign of the huge stakes for Poles on both sides of the divide.

Sunday’s vote was originally planned for May but was delayed by the coronavirus pandemic.

Duda and the Law and Justice party, both in power since 2015, have been credited for making good on promises to reduce the economic inequality that came with the country's transition from communism to a market economy three decades ago. They also solidified support among older Poles by lowering the retirement age and introducing a yearly cash bonus called a “13th pension.” 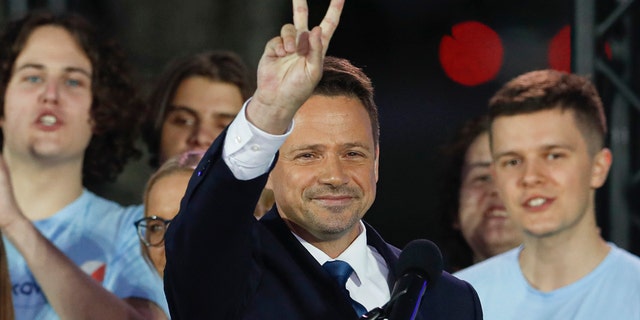 Law and Justice party policies include hugely popular monthly cash bonuses of 500 zlotys ($125) per child to all families irrespective of income. They have helped alleviate poverty in rural regions and have given all families more money to spend.

Trzaskowski, a former European Parliament lawmaker who jumped into the race late, said he wanted to protect the country's democratic values and unite the divided society while preserving the popular welfare policies.

He represented the centrist opposition Civic Platform party, which was in power from 2007 to 2015. It oversaw strong economic growth but is now blamed by many for allowing the gap to grow between the rich and poor.

As mayor, Trzaskowski had signed a tolerance declaration for LGBT people in his city that triggered a nationwide backlash last year. The ruling party leader, Jaroslaw Kaczynski, denounced LGBT rights as a foreign import that threatens Polish identity.

The EU has denounced the anti-gay rhetoric and some EU officials have called for funding to be denied to communities that declared themselves to be “LGBT free" — mostly a symbolic gesture with no legal meaning which has triggered fear among gays and lesbians.

Duda also lashed out at a German correspondent and a partly German-owned tabloid for their campaign coverage, alleging there had been “a German attack in these elections.” The Foreign Ministry last week summoned Germany's top diplomat to complain about the coverage, while Germany's government insisted that it wasn't seeking to influence the elections or the work of a free media.

Duda also got an apparent endorsement from U.S. President Donald Trump with a last-minute White House invitation in late June, according to the Associated Press. Trump praised Duda, saying: “He’s doing a terrific job. The people of Poland think the world of him.”