POLICE are appealing for witnesses after a man was filmed jogging naked from the waist down on a residential road.

Locals said the incident was “utterly disgusting”, after the man was spotted yesterday morning. 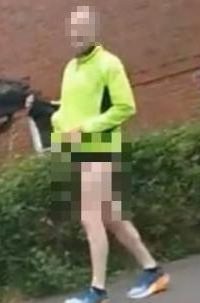 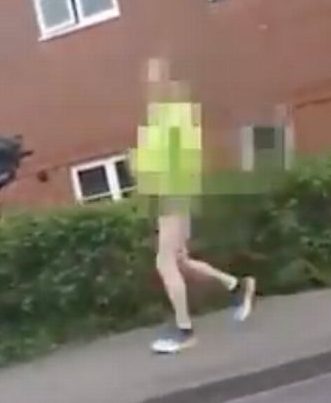 Cops are now asking for witnesses to come forward, after the clip was shared widely on social media.

The video, filmed from a car, shows the man running on Beggarwood Lane in Basingstoke, Hampshire, while wearing only a yellow high-vis jacket.

Officers said they were aware of the incident.

Hampshire Constabulary said: “We are aware of the video of a man exposing himself whilst jogging on Beggarwood Lane, Basingstoke, and are appealing for any information.

“The man is described as being between 40 and 50-years-old, approximately 5ft 5in with an athletic build.

“He is also described as wearing a luminous running jacket, but his shorts had been removed and were believed to be in his jacket pocket.”

Local residents shared their shock at the incident on social media.

One wrote on Facebook: “At around 6.30am this morning when my partner was on his way to work this man was jogging on the side of the road on Beggarwood Lane towards Beggarwood Park."

They added: “I’m posting this just to warn others as I’m out jogging this early and always see others out, dog walkers, children being taken to school for walks etc.

“This is utterly disgusting.”

Another wrote: “Disgusting what happens if a child was out for a walk with family and they saw that.

“Child would get so confused and it will cause a child emotional distress and needing counselling as a child maybe even to an adult age.” 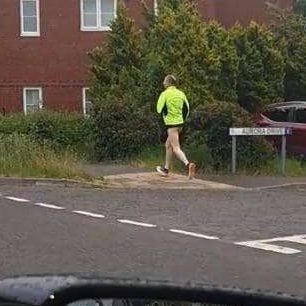