European authorities have discovered a new lead in the disappearance of British toddler Madeleine McCann — a secret compound linked to the prime suspect.

Convicted pedophile Christian Brueckner had access to the compound, located in Portugal’s southern Algarve region where McCann, 3, disappeared in 2007, according to a report. The compound reportedly belonged to Brueckner’s former German girlfriend, Nicole Fehlinger. 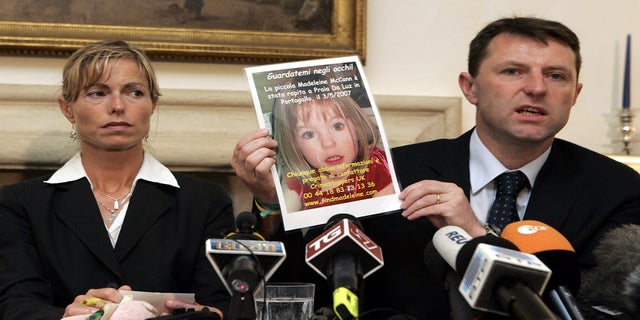 Kate McCann, left, looks on as her husband Gerry holds up a picture of their missing daughter Madeleine during a news conference in Rome, on May 30, 2007.

“No one knows that my daughter not only had the private residence in Portugal at her disposal, but also a separate compound,” he told The Mirror newspaper. “No one has ever searched there or the property has never turned up in connection with Maddie.”

Fehlinger said the large compound was overgrown with weeds and guarded by four “aggressive” Kangal dogs day and night.

Brueckner has denied any involvement in McCann’s disappearance.

The toddler was kidnapped from her family’s holiday rental in Praia da Luz.