POLICE are hunting for a woman who tried to attack a mother and threatened to set fire to her newborn baby.

The 35-year-old mum was walking in Walsall when she was approached by the other woman – who repeatedly tried to speak to her. 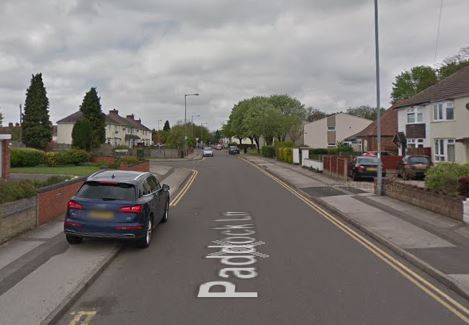 The frightened mother tried to keep walking along Paddock Lane in Alridge as the stranger pestered her – paying lots of attention to the baby in a pushchair.

West Midlands Police said the mum then went to a nearby house on Walsall Road to ask for help when the chaotic scenes unfolded.

As an elderly man come out to step in, the woman grabbed a garden light and lunged it at the mother's arm.

She then pulled out a lighter and said she was going to set fire to the baby.

Thinking quickly, the elderly man pulled the woman and her baby inside and shut the door.

As the mother and baby cowered safe inside, the stranger then threw an ornament at the porch – smashing the door.

Luckily, the mother's injuries were not serious and the baby was unharmed.

Police are now hunting for the woman after the attack unfolded on Monday night.

She is described as mixed race, aged between 17-20 years old and around 5ft 5ins tall.

She’s of slim build with black afro hair tied up in a ponytail.

She was wearing a distinctive tie-dye cloudy pastel hoody, black trousers and black boots. She spoke with a local accent.

Detective Inspector Mandy Thompson, from our force CID, said: “This is a shocking attack which must have been an incredibly frightening for the woman and the elderly man who helped her.

“Fortunately unprovoked attacks like this are extremely rare and we’re doing all we can to find the woman responsible.

“We’ve following up a number of lines of enquiry, but we need your help − if you saw anything on Monday evening − please get in touch.

“If you were out taking exercise, or in your car in the area and may have seen something, or have dash cam footage, we need to hear from you.

“Likewise if you think you know who this young woman could be, please let us know. It’s important that we identify her as it was a terrifying ordeal for the mother and the man who helped her out."

Anyone with any information is urged to contact us via Live Chat on our website, or call 101 quoting crime reference number 20WS/109445C/20.