Police have launched an internal inquiry after footage of police officer saying he pulled a driver over because he was black surfaced last week.

Cambridgeshire Police says the footage, taken in Ely in July 2015, is being ‘examined’.

The video was shared last Friday, ahead of a weekend of Black Lives Matter protests across the country. 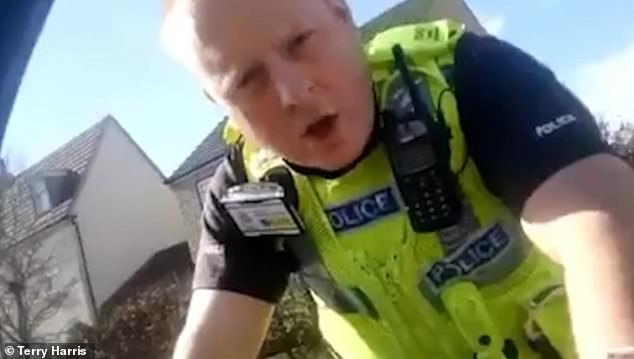 A police officer can be seen at a driver’s window down a residential street, after being pulled over. Another officer is stood on the passenger’s side.

One of the officers can be heard telling him: ‘The reason I’ve stopped you is because when you came out of the barns – no offence to you, but you’re a black male, I’m not going to lie to you.

‘In this area, we have a number of drug dealers – I’m not saying you’re a drug dealer – that come up from other areas and don’t live anywhere around here.’ 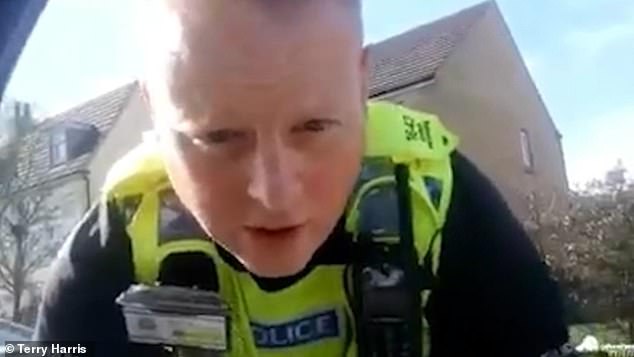 The officer denies being a racist, Cambridgeshire Police says it is now examining the footage

‘We have young black males in this area that come from outside of Cambridgeshire that deal drugs. I’m not suggesting that you do that, but that’s why I’ve stopped you.’

More than 84,000 people have viewed the footage, which was not reported to police at the time.

When asked why it wasn’t reported, the driver said ‘I didn’t report it, mainly because I was scared I guess because obviously, I felt like they were targeting me. I didn’t want any reprisals or repercussions or any more problems from them, really.’

The unnamed driver said he was inspired to share the footage after hearing about the death of George Floyd in police custody in the US. He said: ‘We’ve had the radio on at work, and that’s how I heard about what had happened in the United States. I thought now’s the time to get it out there and do something about it.’

In the footage, the officer explained he had decided to pull over the driver because he ‘hadn’t seen him before’.

The driver can be heard asking the officer: ‘If I was a white person and I had driven past you, you wouldn’t have turned around and come after me, would you?’

‘Maybe not today,’ the officer replies, before insisting that he wasn’t racist and ‘stopped more white people than I ever stopped black people.’

Nick Dean, Chief Constable at Cambridgeshire Constabulary, said: ‘We are aware of a video circulating on social media involving a Cambridgeshire police officer. 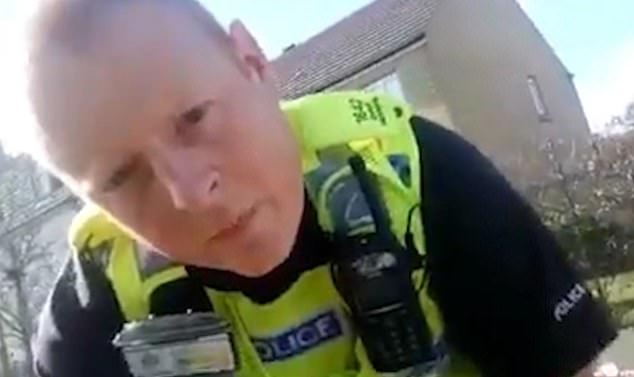 The driver made no complaint to Cambridgeshire Police at the time of recording, saying he feared ‘reprisals or repercussions’ for reporting it

‘I can understand why such a video clip would be concerning, especially with the current events surrounding the death of George Floyd.

‘Here in Cambridgeshire we have been and are committed to strengthening our ties with every community.

‘With regards to this particular incident, I want to be clear that it was filmed in Ely more than five years ago and we do not believe that any formal complaint was ever received in relation to the officer’s actions. The circumstances surrounding this incident at the time are being examined.

‘I want to reassure you that I am committed to ensuring all officers and staff act with the upmost integrity and professionalism.’