The mother of football superstar Neymar and her 23-year-old lover have been questioned by Brazilian police over an incident which saw the latter rushed to hospital this week.

Nadine Goncalves, 52, called an ambulance after her boyfriend Tiago Ramos suffered an injury during a reported row in the couple’s apartment in Santos on Tuesday night.

It was revealed on Wednesday that Ramos needed 12 stitches in his arm, with Brazilian reports stating the wound was caused by a glass. 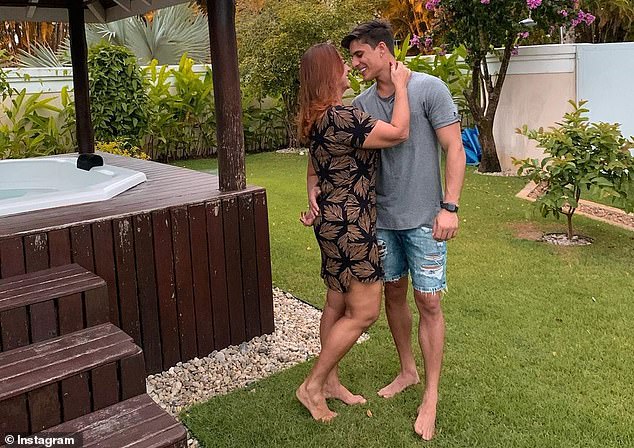 The mother of Brazilian football star Neymar, Nadine Goncalves (pictured left) and her 23-year-old lover Tiago Ramos (right) have been questioned by police following an incident which left the toyboy needing 12 stitches in his arm

A spokesperson for mother-of-two Ms Goncalves said: ‘There was a domestic accident with Tiago.

‘Nadine thought it best to call for an ambulance as a precaution but they are fine. Everything is fine.’

According to Rio de Janiero news outlet Extra, a neighbour claimed that Ms Goncalves and Mr Ramos were arguing in their apartment on the night in question.

Unconfirmed reports from Brazil say that the model punched a window which lead to his injuries.

A spokesperson for footballer Neymar, a national hero in Brazil who plays his club football for French side Paris Saint-Germain, said: ‘They clarified there was no assault, just a domestic accident that left Tiago’s arm badly injured.

‘He’s still recovering. The two of them are doing well and continuing with their social distancing routines.’

The couple began dating in April, but Brazilian press stated the pair began dating again following a break-up on May 21. 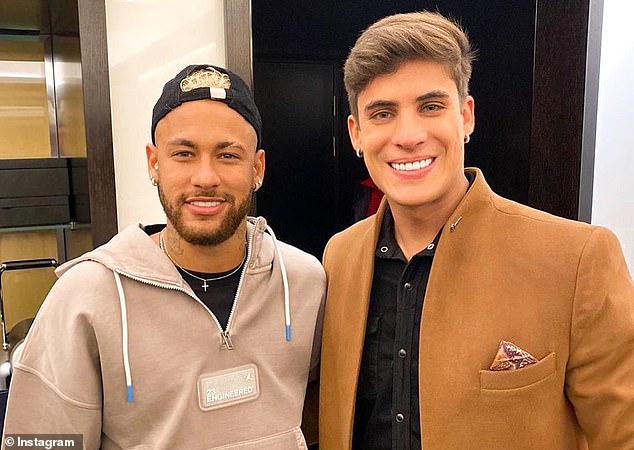 The romance caused shockwaves in Brazil, especially as the model is reported to have been in several gay relationships before dating the footballer’s mother, including one with Neymar’s personal chef.

Irinaldo Oliver, a PR consultant from Sao Paulo, admitted to beginning an affair with Mr Ramos whilst the 23-year-old was in a relationship with Ms Goncalves.

Mr Oliver told said: ‘I was shocked by this news about his new relationship [with Neymar’s mother] and my phone hasn’t stopped ringing.

‘I began to receive photos of him with Neymar’s mum. I’m astonished. I always knew he saw women as well but I had never seen him with any.’

According to the Brazilian press, pressure from Ms Goncalves’ family following the revelation of Mr Ramos’ homosexual past was a reason for the couple briefly splitting last month. 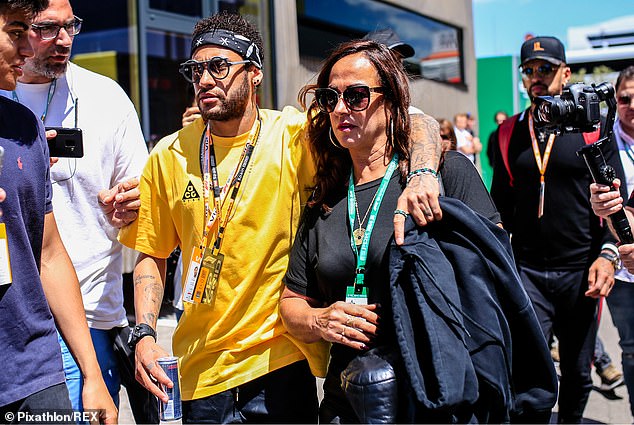 The 52-year-old mother-of-two (pictured right) began dating Mr Ramos (not pictured) back in April, a relationship which received the blessing of her footballer son (left)

Furthermore, Mr Ramos is facing allegations of assault from a previous woman he has dated. 44-year-old Rita Cumplido told a Brazilian TV station that the model attacked her whilst under the influence of alcohol.

Footballer Neymar, who is currently the most expensive footballer of all-time, gave his blessing for his mother’s relationship with Mr Ramos back in April, telling her to ‘be happy’ in a social media post.

Neymar Santos Sr, the footballer’s father and Ms Goncalves’ ex-partner, is also believed to be a supporter of new relationship.

Mr Ramos is believed to have been a huge fan of the 28-year-old PSG star before dating his mother.