Body of evidence! Police fear the worst after spotting feet poking from rolled up carpet inside car… only to pull over driver and discover it’s a MANNEQUIN

Police fearing the worst after seeing feet out from a rolled up carpet were relieved when it turned out to be a mannequin.

Motorway officers were alerted to reports that a vehicle was being driven on the M11 in Cambridgeshire on Saturday with a rolled up carpet with feet poking out of the end.

The vehicle was pulled over in Ely, only for the officers to discover the ‘body’ was a Prince Charming mannequin which was on its way to a themed birthday party. 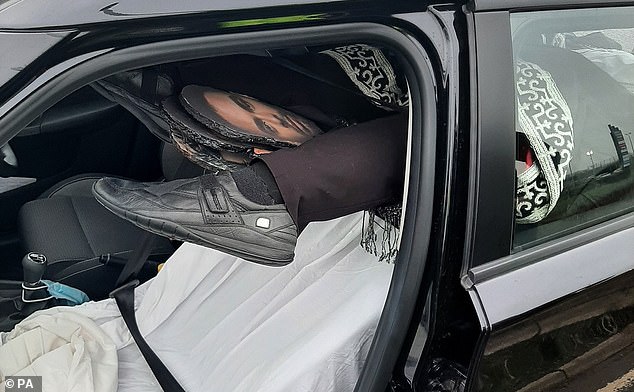 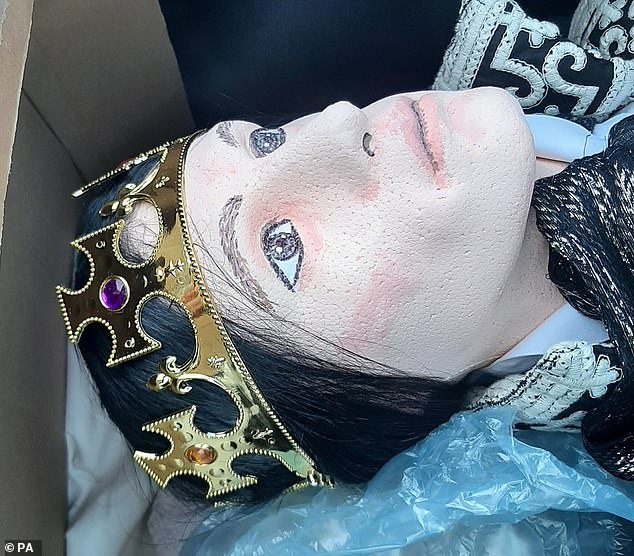 Cambridgeshire Police tweeted: ‘When we received a call on Saturday lunchtime to reports a vehicle was travelling along the M11 with a pair of feet poking out the end of a rolled up piece of carpet, alarm bells were naturally ringing for the informant and our control room.

‘We managed to track the vehicle down in Angel Drove, Ely where our officers discovered there were indeed a pair of feet belonging to a mannequin dressed as Prince Charming who was on his way to a themed birthday!’

‘Advice was given to the driver to avoid such circumstances occurring again!

‘Thankfully this was a false alarm.’