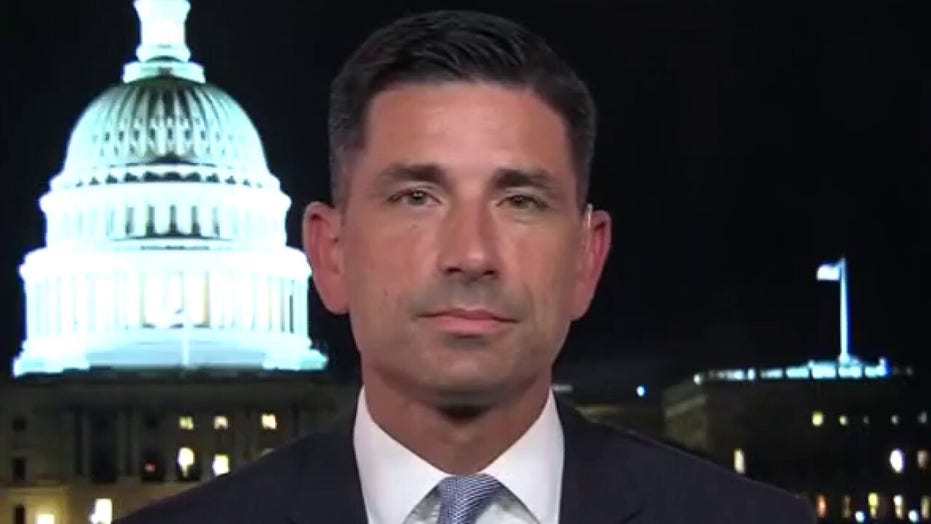 Portland City Commissioner Jo Ann Hardesty on Wednesday alleged that police “saboteurs” and “provocateurs” are the ones starting fires after infiltrating crowds of demonstrators who’ve dominated the streets for more than 50 consecutive nights.

But Hardesty later apologized after the unsubstantiated claim was quickly shot down by the city's police union.

“I want people to know that I do not believe there’s any protesters in Portland that are setting fires, that are creating crisis. I absolutely believe it’s police action, and they’re sending saboteurs and provocateurs into peaceful crowds so they justify their inhumane treatment of people who are standing up for their rights,” Hardesty said in an online briefing hosted by the Portland-based Western States Center.

Portland Police Association President Daryl Turner slammed Hardesty’s “outlandish accusation,” demanding that she “immediately produce evidence.” He also said the city commissioner was guilty of hijacking the protests about racial justice in the wake of the death of George Floyd only to seize power.

FEDERAL OFFICERS IN PORTLAND MAY HAVE BEEN PERMANENTLY BLINDED BY LASERS, OFFICIALS SAY

“With statements like this, it has become completely clear that Commissioner Hardesty is part of the problem in Portland. Every one of the many videos we have seen confirms that small groups of rioters are starting the fires and trying to burn down buildings. Even a quick search of Twitter shows rioters setting the fires and boldly claiming responsibility,” Turner said in a statement.

“Of course, there is no such evidence. This is just one more example of Commissioner Hardesty putting her personal political agenda ahead of the best interests of the citizens of Portland." 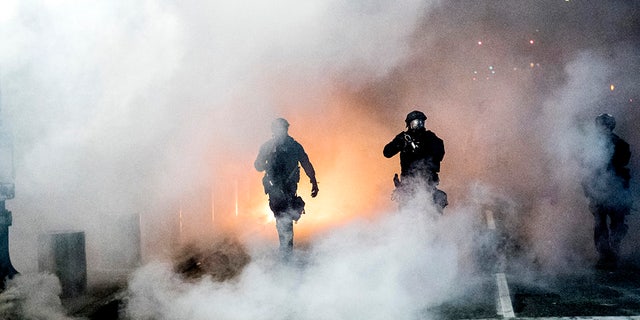 “Politicians bent on power, perpetuating misinformation and untruths, are just as guilty of using their privilege to hijack this movement as the rioters who are committing violent acts, burning and looting. Both actions are causing destruction and chaos at a time when our communities are pleading for leadership and meaningful change.”

Just four days earlier, Hardesty had demanded in a statement on Twitter that Portland Mayor Ted Wheeler, who also serves as police commissioner, hand her the role instead. After first blasting Turner for meeting with the Department of Homeland Security Secretary Chad Wolf, Hardesty demanded: “Mayor Wheeler, if you can’t control the police, give me the Portland Police Bureau.”

Hardesty repeated her claims against the Portland Police Bureau in a City Council meeting and in an interview published by Marie Clare on Wednesday. In part, she told the magazine: “I believe Portland police is lying about the damage – or starting the fires themselves – so that they have justification for attacking community members.”

In a statement to Marie Claire, Portland Police Chief Chuck Lovell also criticized Hardesty for making the allegation without providing any evidence to support it.

“The commissioner's statement that police officers would commit the crime of arson in order to precipitate their violation of people's civil rights strains credulity,” Lovell said. “I am interested in seeing what evidence she has to support her accusations. I'm disappointed that an elected official would make a statement like this without providing specific facts to support it. This allegation is completely false.”

Homeland Security has detailed instances over the weekend and early this week when crowds of about 1,000 people have swarmed the federal courthouse, launched commercial-grade fireworks, Molotov cocktails and other incendiary devices at the building, and lit several fires. Federal agents deployed tear gas to disperse the crowds.

In the latest case involving fires, Joseph James Ybarra, 21, appeared in court Wednesday afternoon on an attempted arson federal charge. He was arrested by the U.S. Marshals Service for allegedly tossing a Molotov cocktail at the front of the federal courthouse about 3:15 a.m. Wednesday, according to booking records from the Multnomah County Sheriff's Office.

By Wednesday evening, Hardesty issued a lengthy statement to apologize – while also furthering her criticism of Portland police and federal agents, according to The Oregonian. 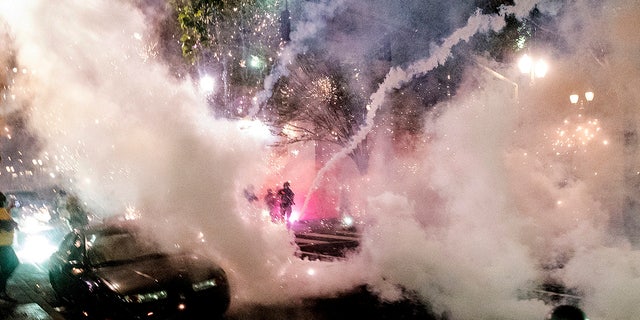 “Today I let my emotions get the most of me during council and the comment I made to the press. But I’m angry, frustrated and horrified by what has happened these past 50 days. I’m angry that even as a city commissioner, I am coming up against countless barriers from protecting Portlanders from the deluge of tear gas, pepper spray and other munitions on a nightly basis.”

"As a child of the Civil Rights movement, it is my experience – and those who studied history know this too – that in justice movements and mass protests, people have been sent to infiltrate these spaces to create incidents that justify enhancing police actions.

“Using unfounded claims and misinformation is something no one in any position of power should do, and you deserve better. I appreciate the reminder that as a public servant I need to be careful making statements out of misinformation, and I take this to heart. I hope this is something Portland Police Bureau will also remember as they put out nightly statements regarding the protests, their conduct and their involvement with federal officers, because we can all agree lives are on the line.

"We all have bad days but most of them don't happen publicly. I have always said we can disagree without being disagreeable, but today I did not meet that standard, and I'm sorry."