A collection of the ‘poshest’ names for newborns, whose births were announced in  newspaper columns, have become an unlikely online hit

Birth announcements, mainly appearing in The Telegraph, have been gathered from Twitter and collated by The Poke.

And the parents – who range from a Prince and Princess to the independent candidate for the mayor of London, Rory Stewart – do not lack originality in the succession of surprising and colourful names they have picked for their offspring. 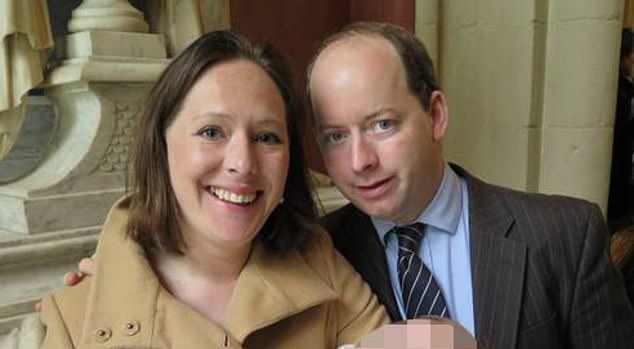 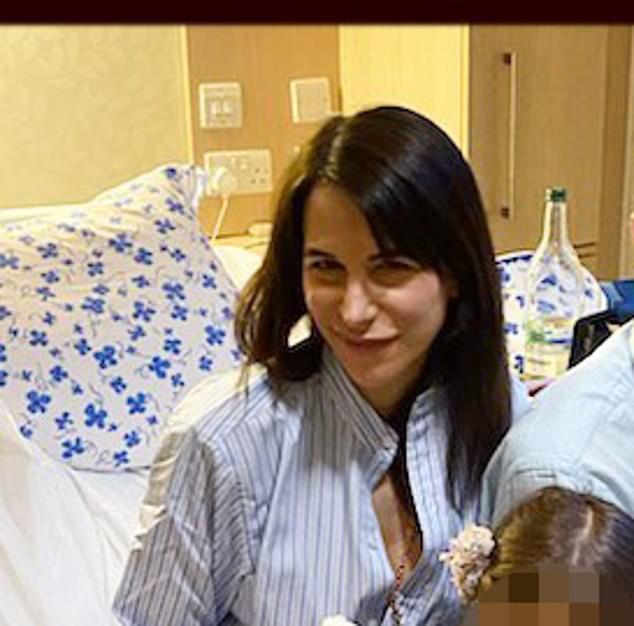 Caroline Sieber and family. Sieber is an Austrian fashion stylist based in London

Prince Nicholas is better known as Lord Nicholas Windsor who is the son of the Duke and Duchess of Kent.

A member of Croatian nobility, he came to England after the Second World War to attend a boarding school and then go to Oxford University. 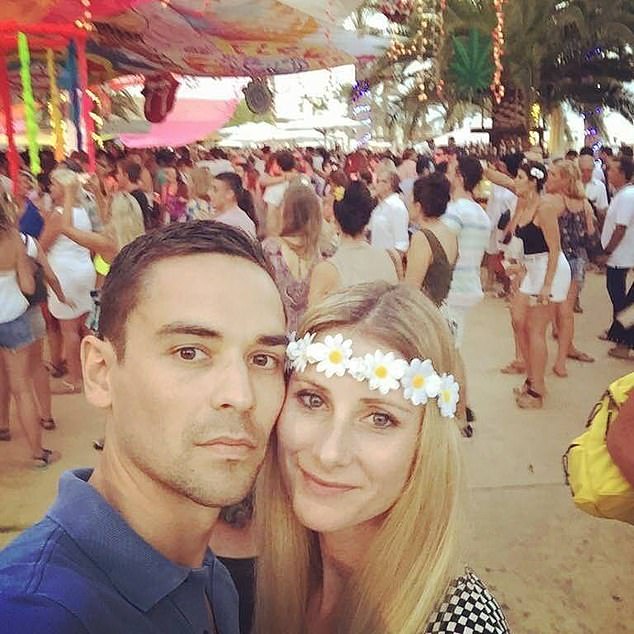 Ferelith Moltke, married to Count Nicholas, the son of Count and Countess Casper Moltke, of Copenhagen, she gave birth to Count Phenix Alexander Max, a brother to Countess Kinvara

Politician Rory Stewart, along with wife Shoshana, chose the name ‘Alexander Wolf Wroth Stockton,’ for their son who was born at home.

Stewart is an old Etonian and his wife is an American who met Stewart when they were both volunteering in Afghanistan for Stewart’s charity the Turquoise Mountain Foundation.

Jessica Henderson gave birth to twins Lockie James Ian Hope and Star Victoria Flora Hope in 2017, listed as a brother and sister for Farleigh and Phoenix.

On Instagram the happy mother of four who runs a handmade knitwear business reflected:

Caroline Sieber is an Austrian fashion stylist based in London. She was named the best dressed woman in the world by Tatler in 2010 and is married to Frederick Patrick Piers von Westenholz. He is a financier and the son of Olympic skier Baron Piers von Westenholz. On the 15th of December 2015, the birth of Electra Amalia Bartholomea was announced. Along with another daughter, the couple also have a son, Balthazar Frederick Tassilo born on 11 February 2020.

Jessica Henderson and her four children. The happy mother of four runs a handmade knitwear business

Countess Ferelith Moltke founder of a design-led children’s brand, all handmade in Botswana lived with her young family in Gaborone, Botswana for five years. Married to Count Nicholas, the son of Count and Countess Casper Moltke, of Copenhagen, she gave birth to Count Phenix Alexander Max, a brother to Countess Kinvara.

Fashion designer Olivia Von Halle is announced as giving birth to Dionysus Cosmo Chaos, brother to Hieronymus. On her website the children are referred to as Hiero and Chaos. 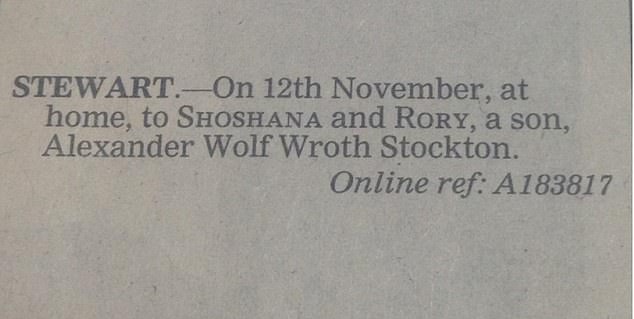 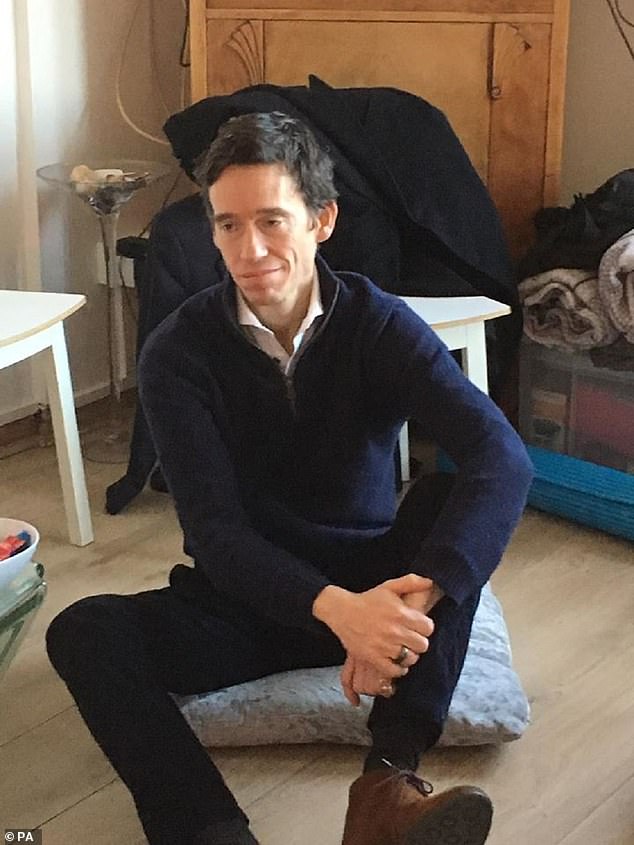 Rory Stewart, (pictured) is married to Shoshana. The couple chose the name ‘Alexander Wolf Wroth Stockton,’ for their son who was born at home 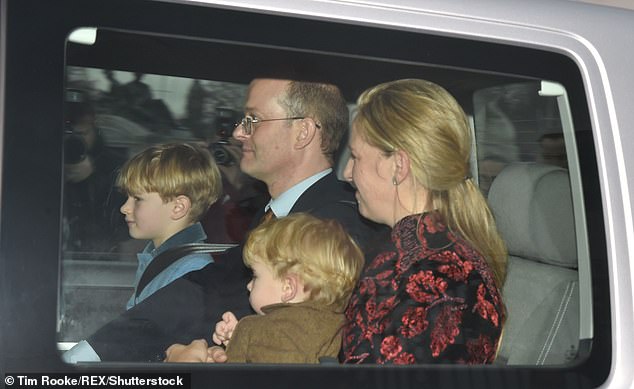 Bianca (Bowie-Phillips) and Hugo Lindsay are announced as celebrating the arrival of a daughter, Artemis Calypso, while Selena Barr and Simon Kerr gave birth to daughter Ptarmigan Rose.

Caroline (née Morris) and Hugo are announced as having a son Ludo Alexander Edward, a brother for Wilhelmina & Anoushka. 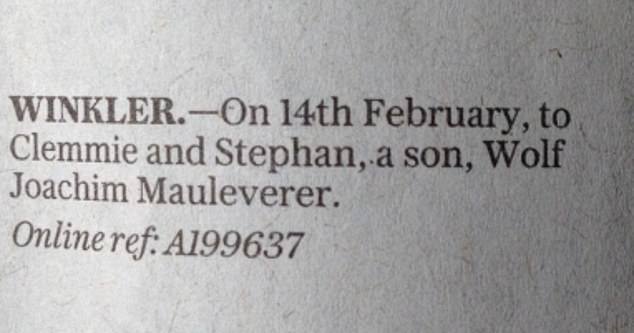 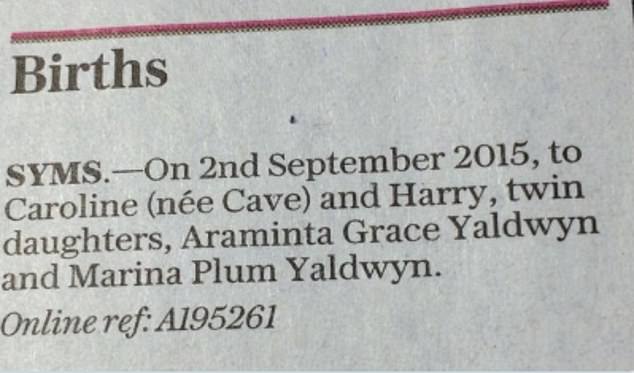 Most of the announcements collected appeared in The Telegraph