Pregnant care worker, 28, is left stunned after being given a ticket for parking on double yellow lines outside her home 20 minutes after finishing a long night shift

A pregnant care worker was left stunned after discovering she had been given a ticket for parking on double yellow lines outside her home less than 20 minutes after she had finished a long night shift.

Samantha Blake, 28, was left with no choice but to leave her car on double yellow lines as everywhere else near her home on Grenville Road in Plymouth was full.

She left a polite note for anyone passing by in the hope they would understand. 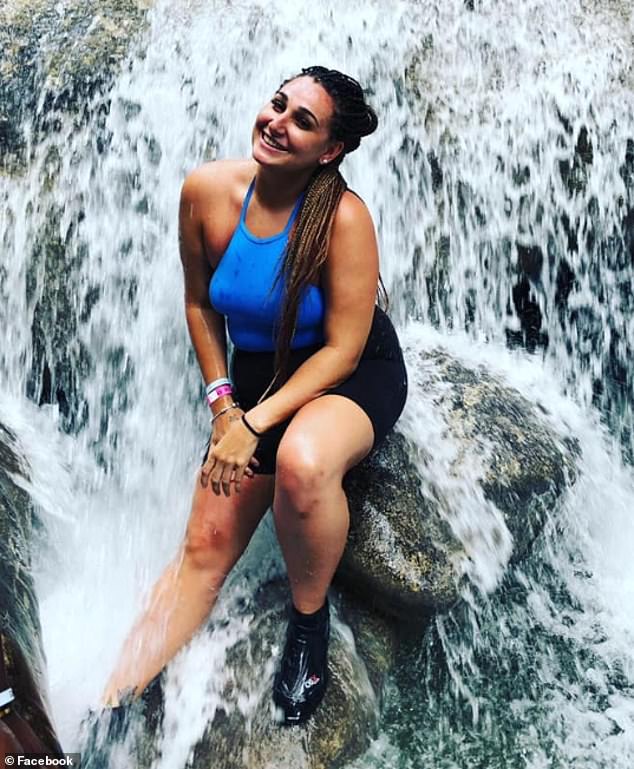 Pregnant care worker, Samantha Blake, was given a parking ticket after finishing a night shift 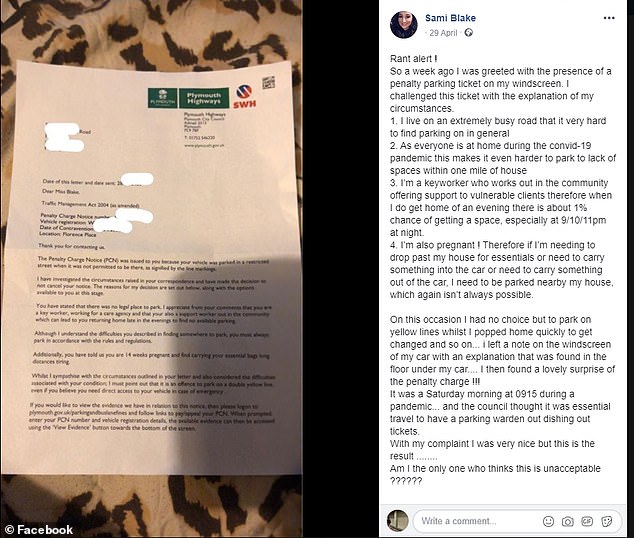 Samantha wrote in simple terms that she is a certified key worker expecting a child and needed to pop inside to freshen up before going back out to work.

Yet she returned to her vehicle only to find that she had been served with a £35 penalty charge notice by a warden employed by Plymouth City Council on patrol in the neighbourhood. 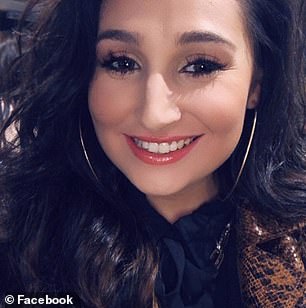 Samantha says she was left ‘angry and upset’

And she said her note – which stated, ‘I am a key worker, working for Steps Ahead, coming home to change, I am sorry for parking here’ – had been left on the floor like it was nothing.

Yet the council says the officer who issued the fine never saw Samantha’s note ‘and even if they had, none of the exemptions in place cover vehicles parked on double yellow lines.’

However, the penalty charge notice has since been overturned.

Samantha, who is 16 weeks pregnant, said: ‘I was really angry and upset.

‘What went through my mind at the time was, is this really essential? Should they be working during this pandemic?

‘I checked and the city council website says they are working fundamentally to ensure roads and traffic is safe.

‘I understand that, but I had left a note on the windscreen and the fact that had been ignored was ridiculous. It was on the floor when I came out.’ 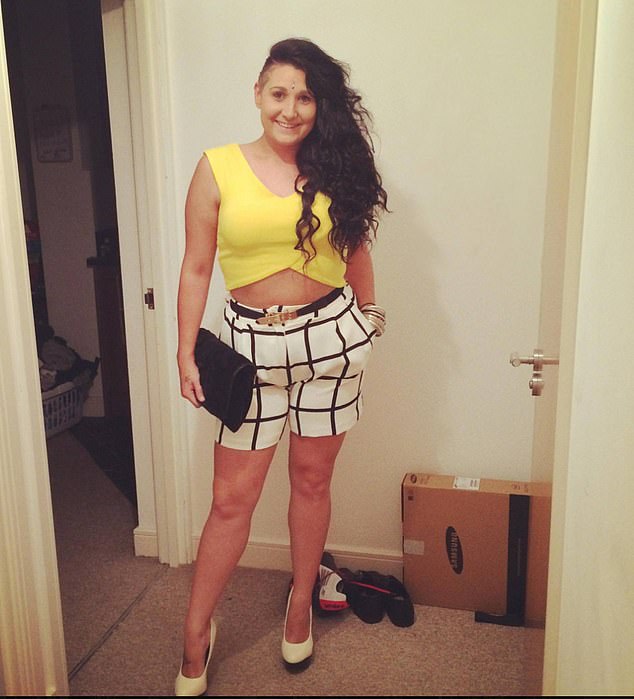 Samantha says she ran into her house on Grenville Road at 9am and by the time she came out saw that a PCN ticket timed at 9.18am had been stuck to her window on Saturday, April 18.

She added it raced through her mind whether traces of Covid-19 could have potentially been stuck to the plastic ticket.

‘I kept thinking whether this person had been wearing gloves or a mask when they put this ticket on my windscreen,’ Samantha said.

‘I read that the virus can potentially stay on a piece of plastic for up to eight hours – so was this person putting me at risk?’

Samantha claims her car wasn’t blocking anyone’s entrance, nor was it putting passing traffic or adjacent parked vehicles at risk.

She sent an appeal that evening in the hope someone else in the parking team would understand – but that too was dismissed.

What do key workers get paid?

She received a formal reply through the post this week informing her that the fine still stands – and £35 must be paid.

The mother-to-be has since paid, but the council has reviewed her circumstances again and confirmed a refund would be issued.

‘There was no compassion,’ Samantha said.

‘The response I got doesn’t give me the answers that I wanted. There was no acknowledgement of my note, that I was a key worker and pregnant and had just come home to change.’

A council spokesman said: ‘We fully appreciate the magnificent work being done by our fabulous NHS staff and care workers across the city, which is why we made council car parks free to use when the crisis began last month.

‘We are also supporting the recently introduced street permits for NHS staff, carers and volunteers and our officers are trained to look for. 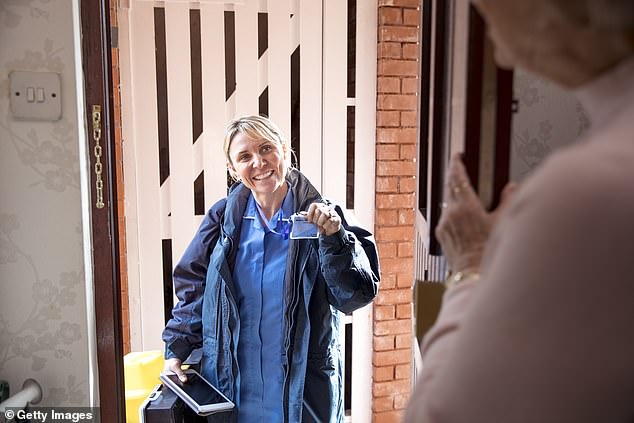 Care assistants like Samantha typically bring home just £16,000 outside of the capital per year

‘In this case, our officer did not see the note and even if they had, none of the exemptions in place cover vehicles parked on double yellow lines.

‘However, as a gesture of good will, we will be getting in touch with the customer to arrange a refund on her ticket.’

Samantha lifted the lid on the stresses in her job, saying staff are going above and beyond to ensure those most at risk of contracting coronavirus are protected, while ensuring they too are keeping themselves safe.

‘It’s very difficult,’ she explained. ‘I work on both sides, in the office and I offer my support as a support worker because I am care co-ordinator, co-ordinating the staff and the clients.

‘We have a lot of clients who we are unable to support at the moment because they are self-isolating and shielding and that’s having a massive impact on our staff and staff have been off too because of child care and things like that.

‘I am going above and beyond to make sure the clients receive support.

‘I could just stay at home on furlough because of my situation or work from home and take a pay cut.

‘But I love my job so much that I want to continue doing that.’