THE ringleader of LGBT equality lessons protests outside a primary school yesterday vowed to defy a banning order.

Shakeel Afsar, 32, said a demo planned for Friday would go ahead. He told supporters: “We are going to tell you keep the movement going. If we get arrested, so be it.” 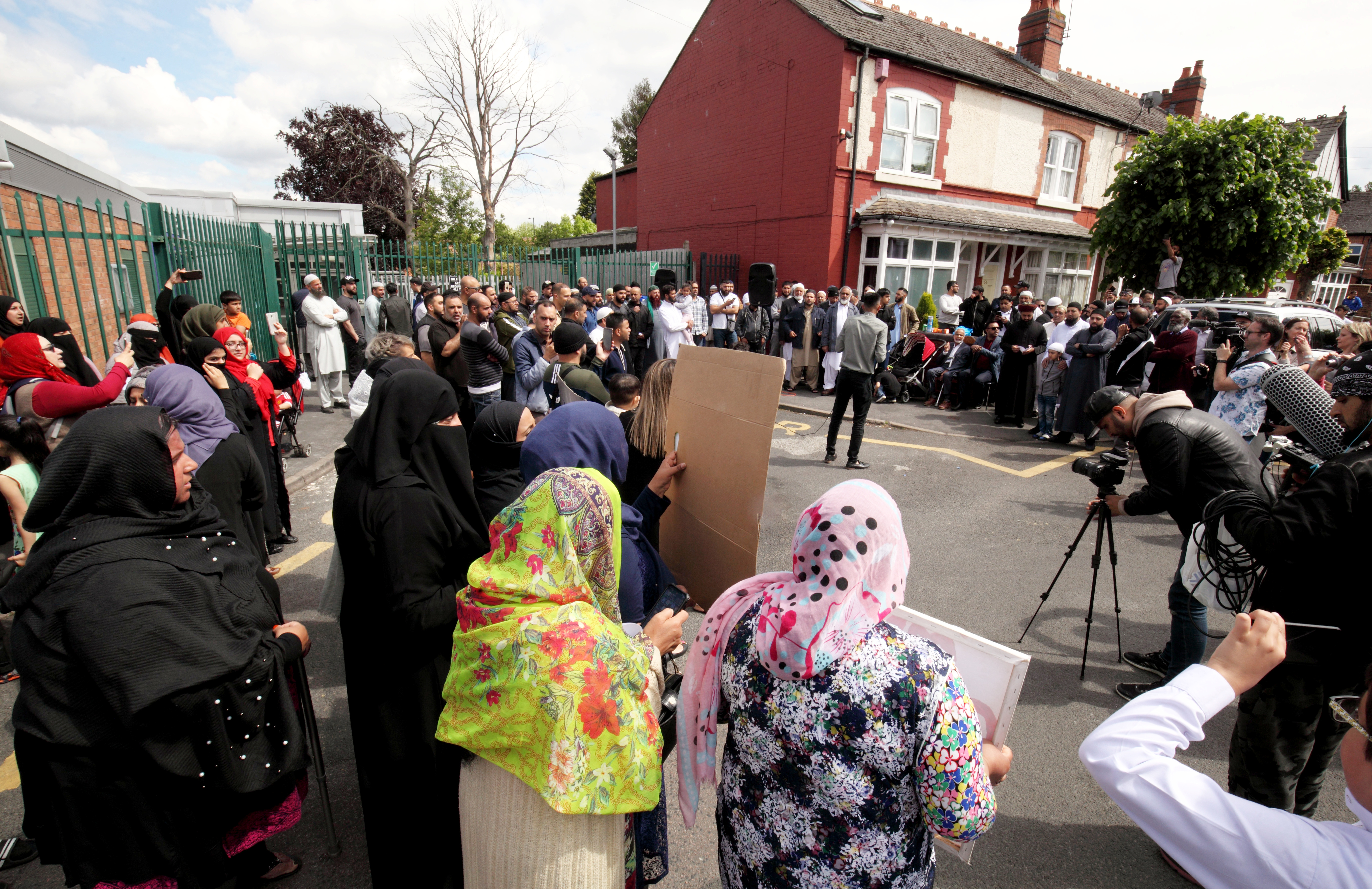 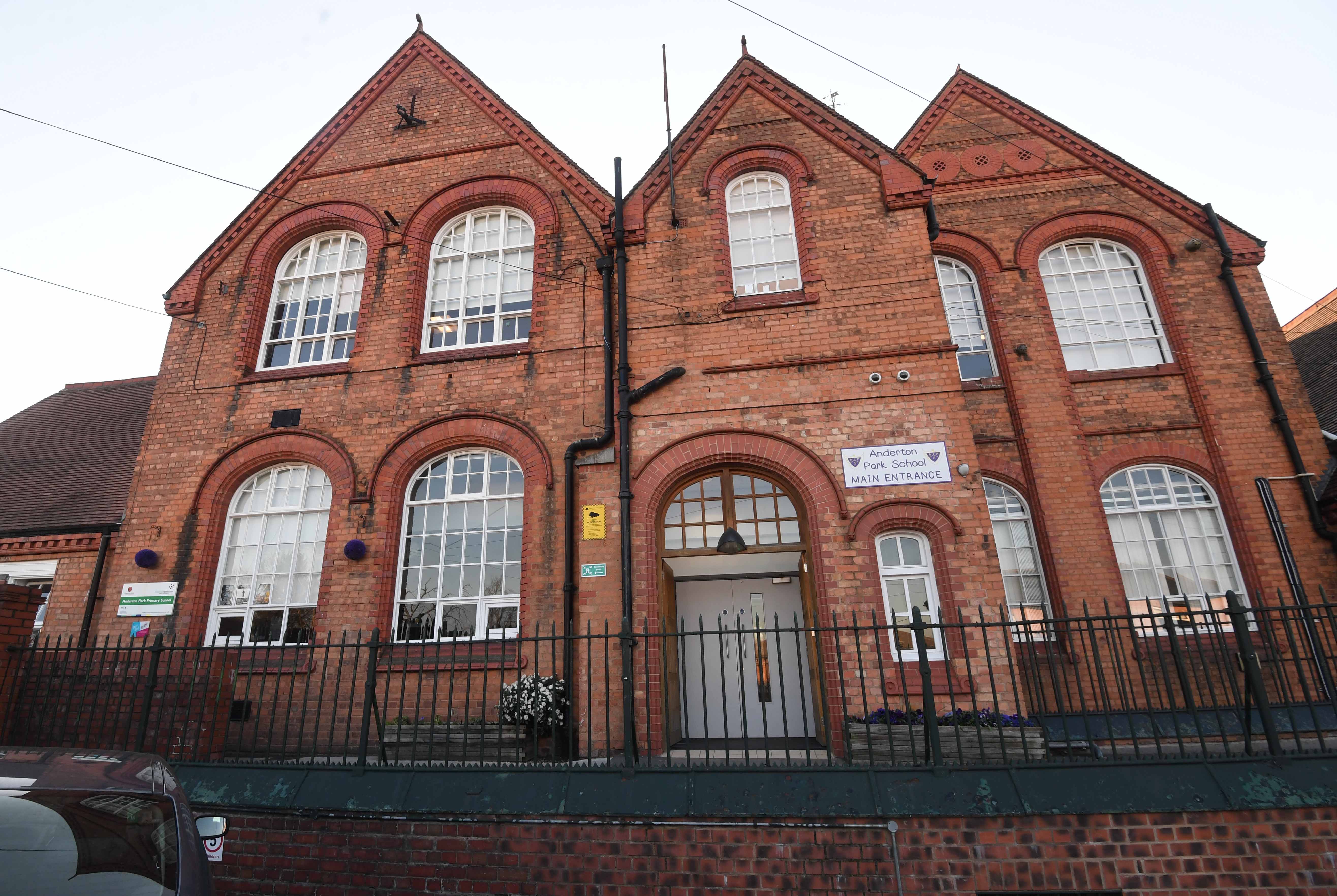 Mr Afsar, who has no children at Birmingham’s Anderton Park Primary School, made the pledges via a Facebook video.

It comes a day after the High Court barred protesters from gathering at or near the premises following weeks of protests by angry parents.

Birmingham City Council pursued legal action after the risk to children “became too serious to tolerate”.

He said: "Children right across Birmingham should be free to attend school safely and without disruption.

We will not tolerate the ongoing intimidation of parents, hard-working school staff and local residents

“All our schools must be safe spaces and we will not tolerate the ongoing intimidation of parents, hard-working school staff and local residents.”

He urged campaigners and parents “to engage in constructive dialogue with the school".

But some protesters’ behaviour was “increasingly unacceptable”, the council found.

Anderton Park had to close early before half-term after the protests escalated.

Birmingham City Council made the legal move to protect staff and pupils when they return from the break.

The interim injunction is in place until June 10 and bars demonstrators from streets immediately surrounding the school.

It also stops protesters printing or distributing leaflets, inviting others to protest or encouraging people to congregate at the school entrance.

On Thursday, the ex-chief prosecutor for the north-west of England, Nazir Afzal, said parents are being "manipulated".

He was brought in to mediate between the two groups.

You cannot silence people who speaking &amp; demanding there RIGHTS

Jess Philips, Labour MP, for Yardley, backed the court’s decision as “the right thing for the children”.

She said: “It's just a shame it has come to this thanks to the bigotry of a few".

Mr Afsar clashed with Ms Philips outside the school before vowing to fight the ban.

He tweeted: “You CANNOT silence people who speaking & demanding there RIGHTS.

“We will Challenge all & every injunctions that are issues against us.”

Parents claim children are too young to learn about LGBT relationships and that lessons went against Islamic teaching.

Education secretary Damian Hinds has previously issued a fierce condemnation of the demonstrations, calling them "unacceptable". 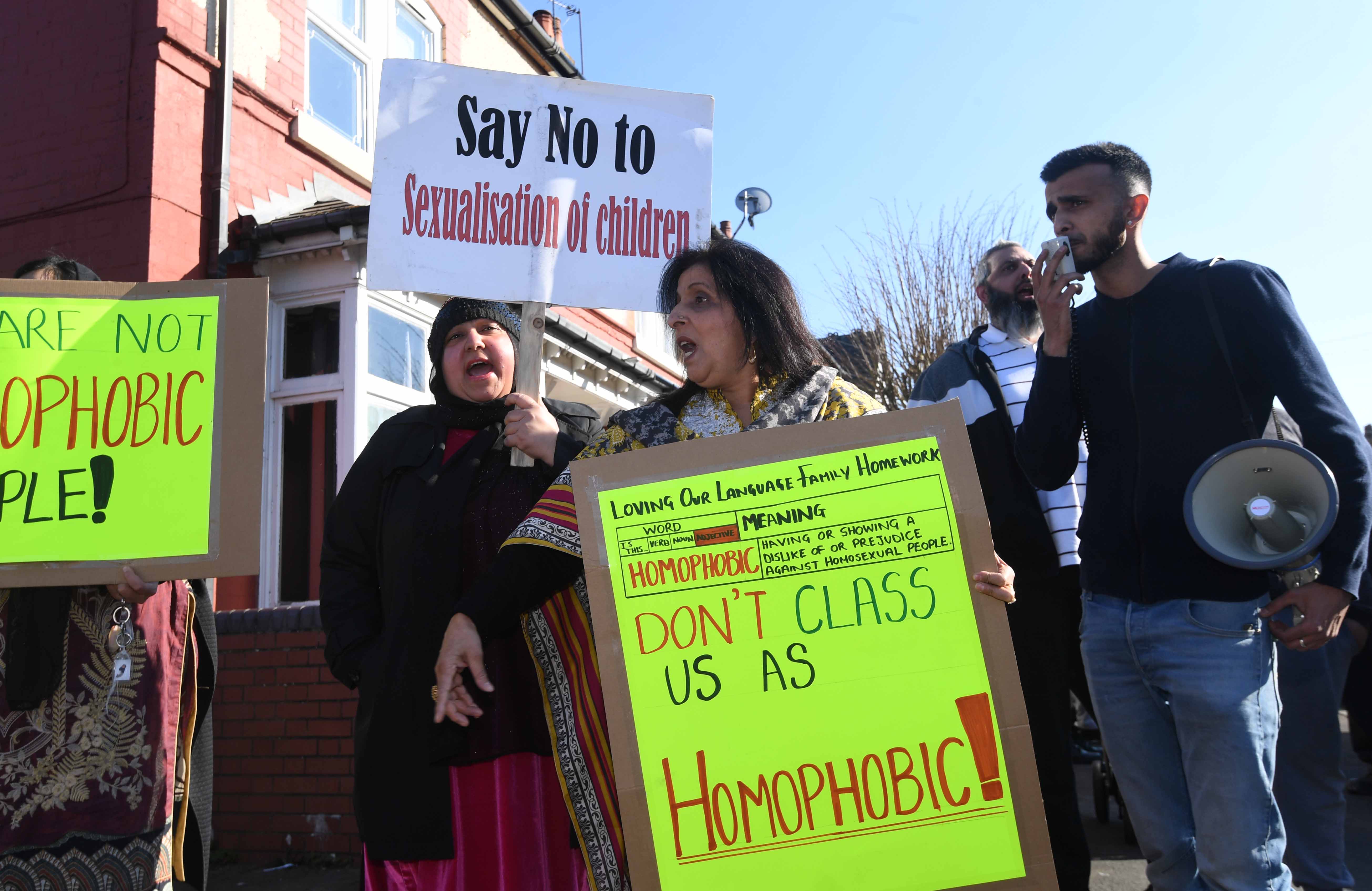 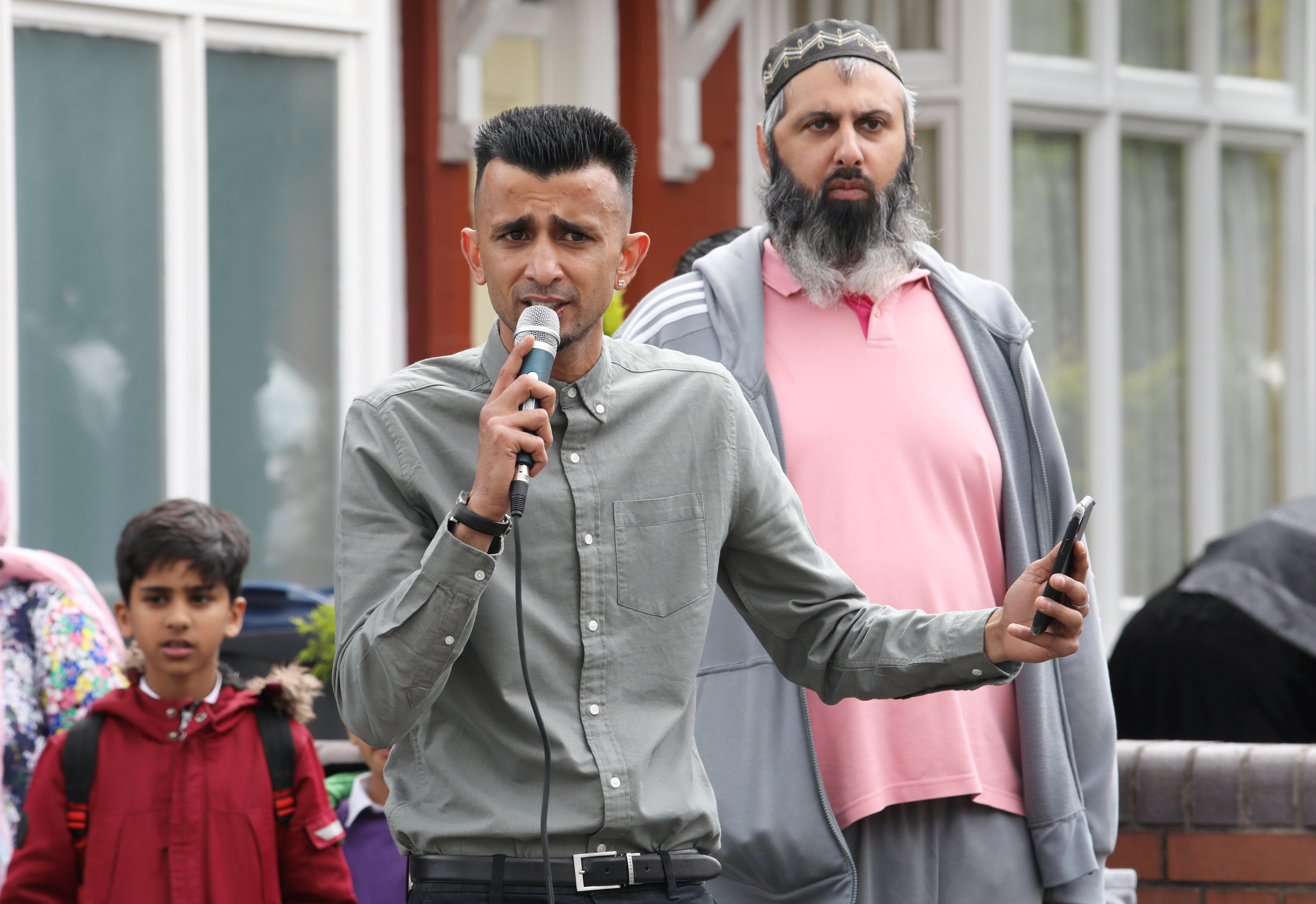 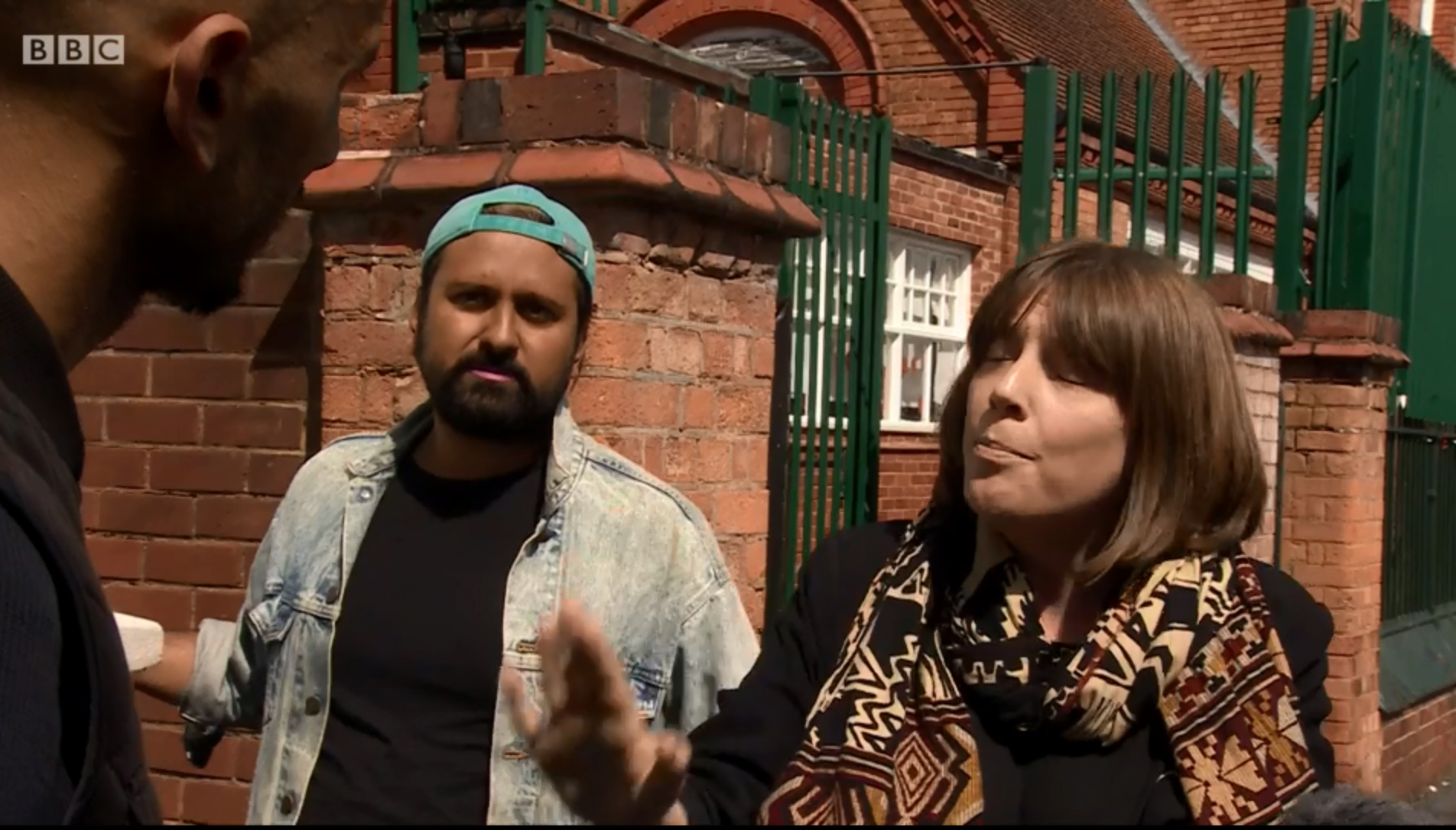 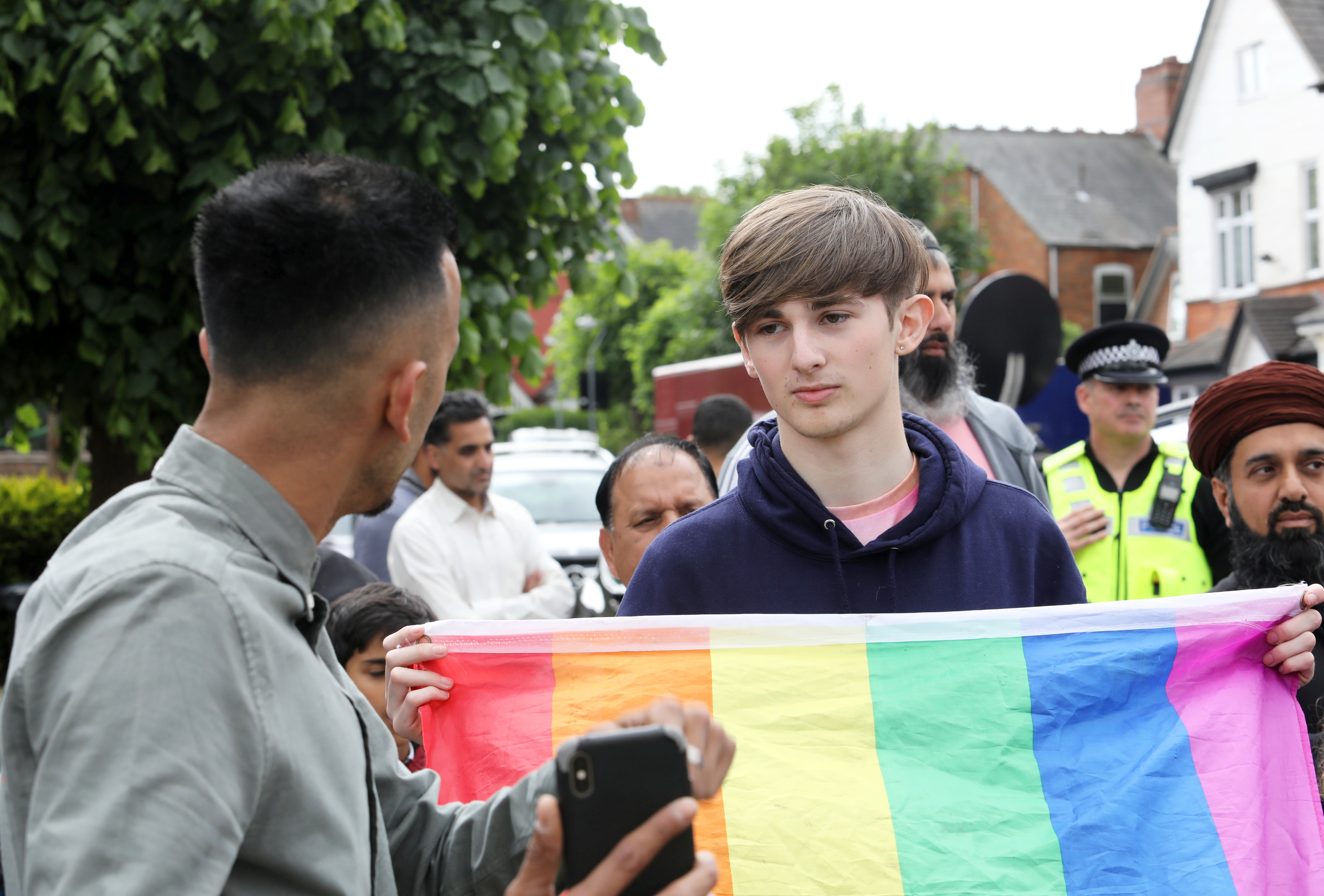