A loyal dog has been seen helping his elderly owner move around by getting under his wheelchair and pushing it along with his head.

The 11-month-old canine stays close to his owner and even appears to check the road ahead is clear as they roll along the street.

In the clip Magnus can be seen walking under the wheelchair and appears to be using his head to push it along as Mr Derbenev also uses levers to move himself.

The dog then walks alongside its owner before going back under the chair and trying his best to help again.

Onlooker Fidana Durusova filmed the sweet moment and shared it online. She said she tried to offer money and food to Mr Derbenev after seeing him and Magnus.

Reportedly she was not the first to offer help but Mr Derbenev prefers doing things by himself, with a little help from Magnus who he described as his ‘only family’. 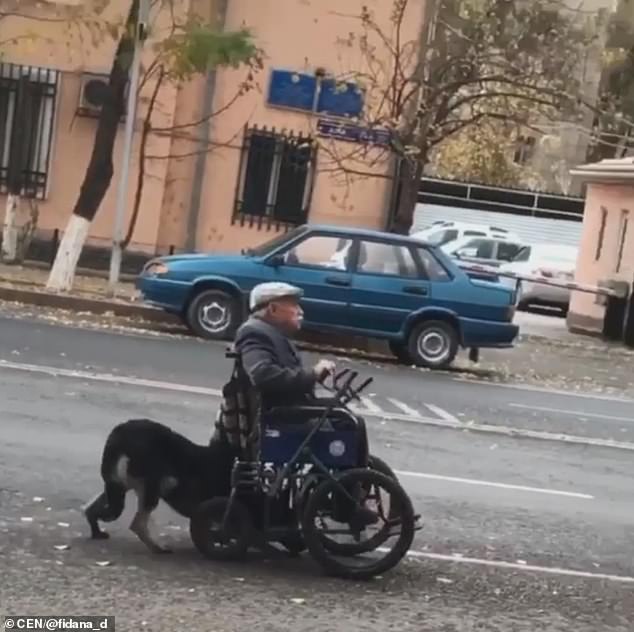 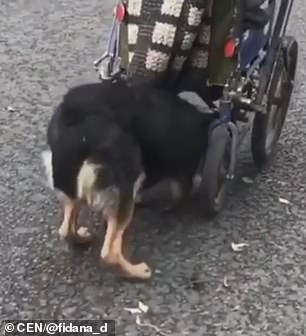 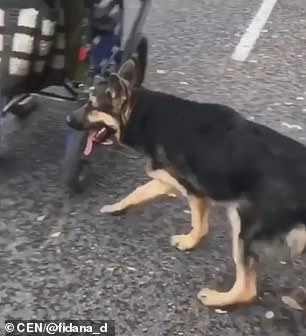 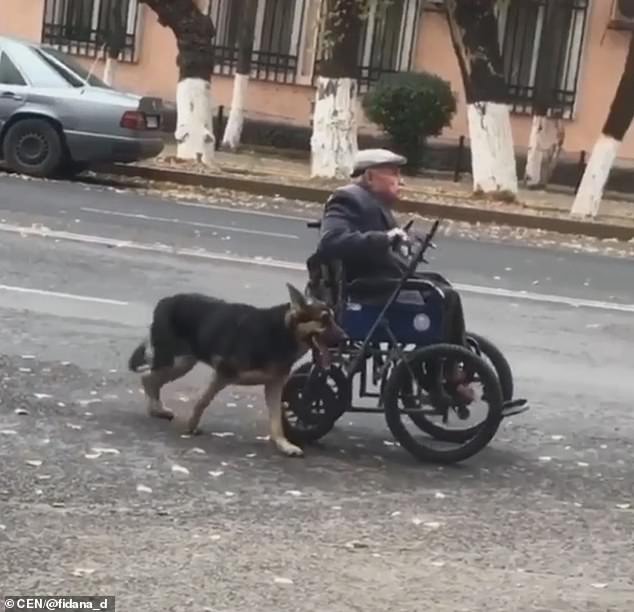 Magnus also walks alongside Mr Derbenev, who describes his dog as his ‘only family, as they travel around the city

Magnus had previously been injured after he was hit by a bus, but has recovered and returned to helping his owner get around the city.

Ms Durusova said: ‘It turns out that the dog has already been run over by a bus but despite its fear, Magnus continues staying with its owner on the street full of cars, helping him as much as it can.’

Mr Derbenev says that Magnus started helping him when he was only four months old and stressed that the dog is his only family member.

People online praised Magnus and Mr Derbenev’s close bond, saying: ‘Dogs are real friends, we should never forget about them.’

While another added: ‘Dogs are unable to betray anyone. They stay loyal no matter what.’ 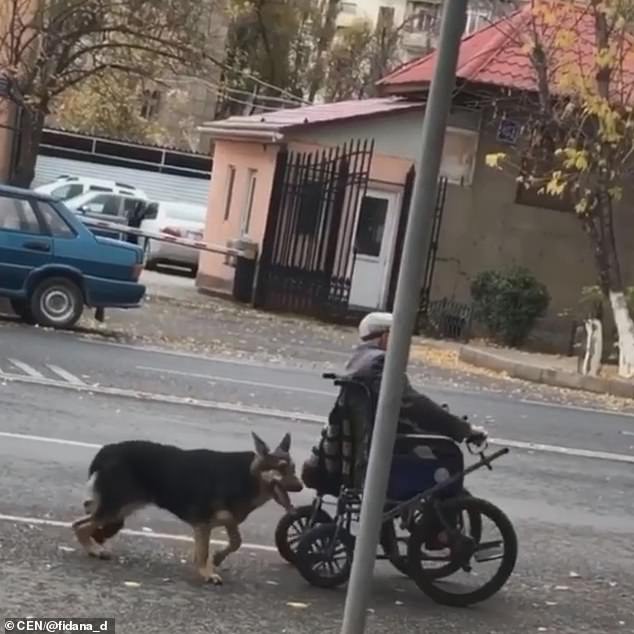