Qantas and Jetstar suspend ALL international flights from March and tell 20,000 staff members to stand down until May as coronavirus travel restrictions force airlines to make drastic cuts

Qantas has told two thirds of their 30,000 staff members to stand down until May as the coronavirus pandemic grinds travel to a halt.

The airline released a statement to the ASX saying they are cutting scheduled international flights from late March until May.

It comes after the government’s recommendation that Australians do not travel overseas due to the COVID-19 outbreak.

Essential domestic, regional and freight connections will be maintained as much as possible.

The stand down applies to baggage handlers, catering staff, flight attendants and pilots. 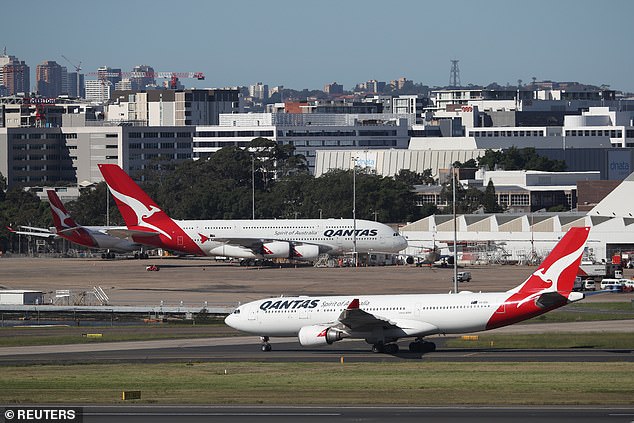 Earlier this week, cuts to 90 per cent of international flying and about 60 per cent of domestic flying were announced 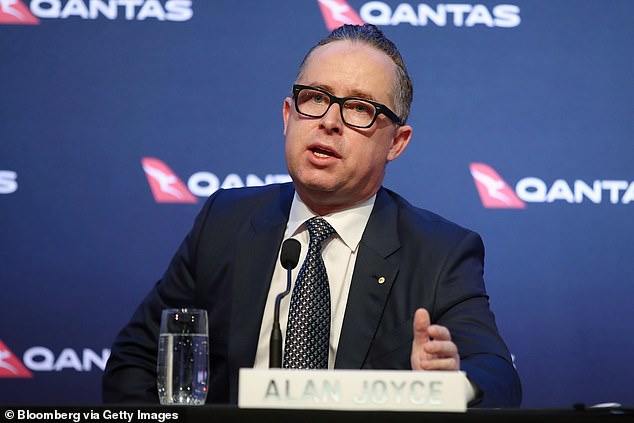 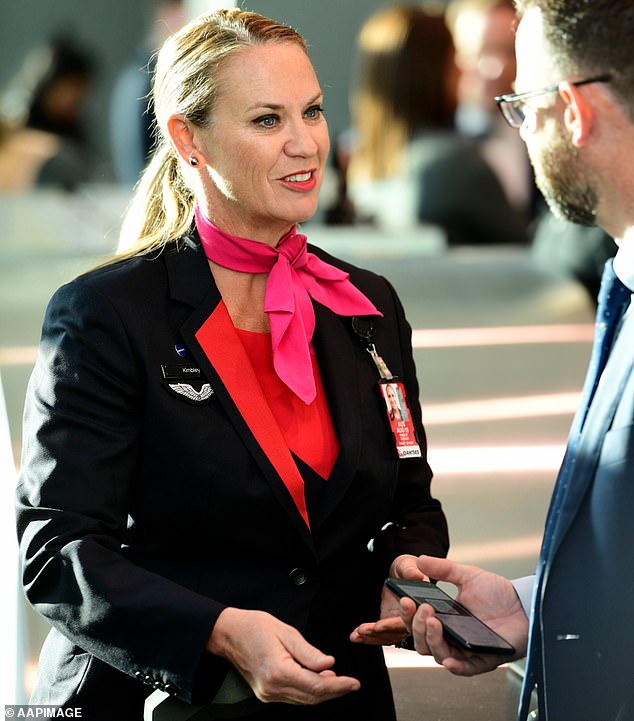 The stand down applies to baggage handlers, catering staff, flight attendants and pilots

Employees with low leave balances at the start of the stand down will be able to access up to four weeks’ leave in advance of earning it.

All regularly scheduled Qantas and Jetstar international flights from Australia will be suspended from end March until at least end May 2020.

Some flights may continue in order to maintain key links, based on ongoing discussions with the Federal Government.

Jetstar Asia (Singapore) will suspend all flights from 23 March to at least 15 April 2020.

Senior Group Management Executives and the Board have increased their salary reductions from 30 per cent to 100 per cent until at least the end of this financial year.

‘We are not getting paid to the end of the year,’ CEO Alan Joyce said.

‘The efforts to contain the spread of Coronavirus have led to a huge drop in travel demand, the likes of which we have never seen before. This is having a devastating impact on all airlines.

‘We’re in a strong financial position right now, but our wages bill is more than $4 billion a year. With the huge drop in revenue we’re facing, we have to make difficult decisions to guarantee the future of the national carrier.

‘The reality is we’ll have 150 aircraft on the ground and sadly there’s no work for most of our people.

‘Rather than lose these highly skilled employees who we’ll need when this crisis passes, we are instead standing down two-thirds of our 30,000 employees until at least the end of May.

‘Most of our people will be using various types of paid leave during this time, and we’ll have a number of support options in place. We’re also talking to our partners like Woolworths about temporary job opportunities for our people.’

In a press conference on Wednesday, Prime Minister Scott Morrison told Australians not to travel abroad.

‘We are upgrading the travel ban on Australians to level 4 for the entire world. That is the first time that has ever happened in Australia’s history,’ he said.

‘The travel advice to every Australian is do not travel abroad. Do not go overseas.’

On Tuesday, Australians overseas were urged to return home as soon as possible and would-be holidaymakers told to ‘reconsider their need for travelling’. 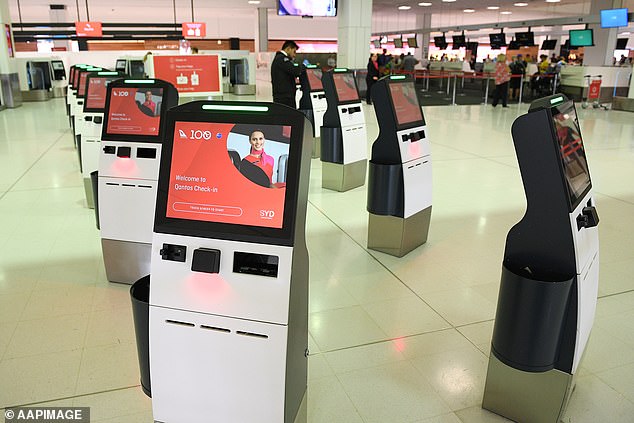 Essential domestic, regional and freight connections will be maintained as much as possible 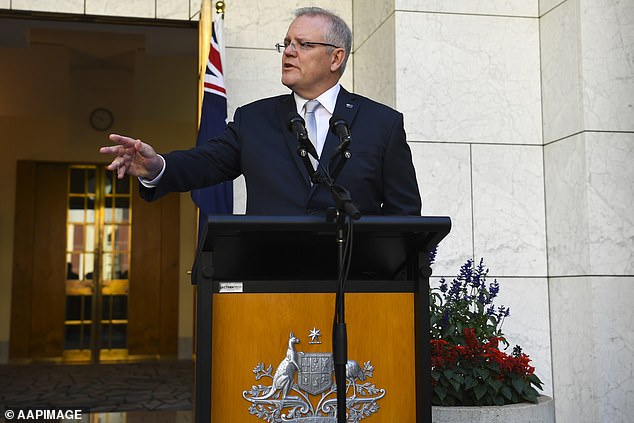 In a press conference on Wednesday, Prime Minister Scott Morrison told Australians not to travel abroad

‘If you’re already overseas and wish to return to Australia, we recommend you do so as soon as possible by commercial means,’ the Department of Foreign Affairs and Trade said.

Qantas’ decision to stand down 20,000 employees comes despite the government’s $715million handout to ailing airlines.

A range of government charges will be refunded and waived to help airlines under immense pressure as travel plummets.

The move is expected to create an upfront benefit of $159 million, with the government refunding charges paid since February 1.

Other airlines impacted by COVID-19

Qantas and Jetstar: Reduce domestic flights by 60 per cent and international flights by 90 percent until the end of May

Virgin Australia: Reduce flights to New Zealand from March 22, 2020. A spokeswoman told Daily Mail Australia the airline is meeting daily to determine whether or not services would be reduced.

Tiger Air: Anyone with an international or domestic booking with Virgin Australia or Tiger Air until June 30 can change their flight to a later date or destination with incurring a fee

Air Asia: Offering online credit, redeemable within a year, for flights ticketed prior to March 7, for flight departure until April 30.

Air New Zealand: Reduce long-haul flights by 85 per cent over the coming months.

Rex: No cancelled any flights – however staff ‘will have discretionary powers to prevent any persons who are visibly sick from travelling’.