Baltimore Ravens quarterback Lamar Jackson apologized on Friday for the vulgar tweet he sent to a fan after their loss last week to the Jacksonville Jaguars.

Jackson, shortly after the team’s last-second loss to the Jaguars, sent a tweet back to a fan who had urged the Ravens to let him go after the season. He deleted the tweet, which included profane language and a phrase that some interpreted as homophobic, a few hours later.

“I apologize if I hurt feelings out there,” he said, via ESPN.

“I had just busted my behind — my whole team, the coaches did — that’s what I seen. I just reacted to it. My bad, my bad.”

Jackson deleted the tweet about three hours later, something he said his girlfriend suggested he do.

“I was bitter,” Jackson said. “I feel like you should be bitter after a loss. No smiles. I feel like the fans should be mad we lost, too. But not mad as us. We tried.”

The fan has since made his account private. Ravens coach John Harbaugh spoke with Jackson about his tweet on Monday morning, and called those comments “so out of character.”

Jackson threw for 254 yards and a touchdown while completing 50% of his passes in the team’s 28-27 loss to the Jaguars on Sunday — which snapped a four-game win streak. The former league MVP is set to become a free agent at the end of the season after he failed to reach a long-term deal with the Ravens, though the team will likely use the franchise tag on him to keep him if it comes to that.

Jackson and the Ravens will host the Denver Broncos on Sunday.

Now that he’s several days removed from the incident, Jackson said he learned a big lesson about navigating social media.

“Don’t say nothing on Twitter. Don’t say what I said,” he said. “We got kids watching. I don’t need kids saying that.

“I’ll try to stay off Twitter, if anything, if something like that happens again. Hopefully, we’re not losing no more.” 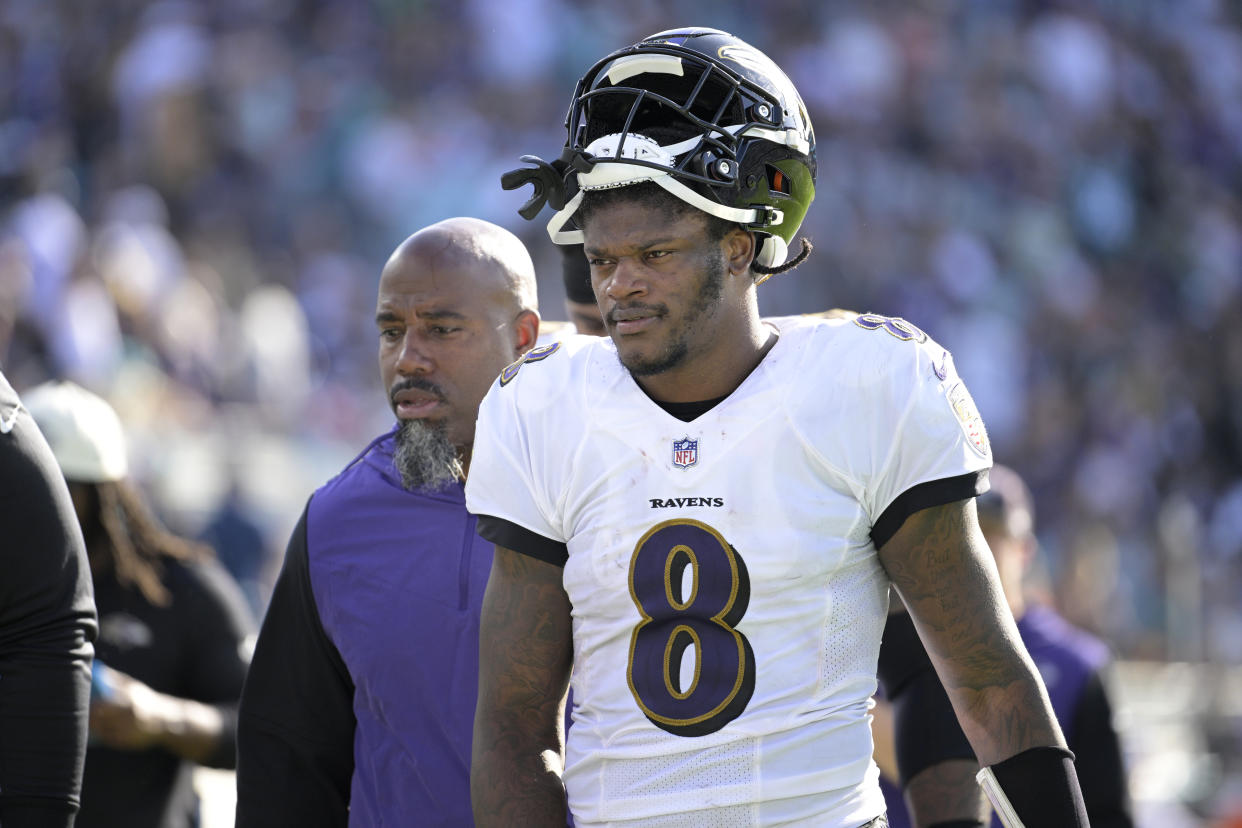