Rishi Sunak today insisted he will make ‘absolutely no apology’ for turning on the UK’s spending taps as experts predicted the Budget splurge could force the Chancellor to raise taxes.

Mr Sunak yesterday unveiled a package of measures worth £30 billion to boost the UK economy and protect it against the impact of the coronavirus crisis.

But experts said the decision to splash the cash now will leave the Chancellor with a choice further down the road between either hiking levies or allowing debt to pile up.

Meanwhile, official forecasts for economic growth were labelled ‘incredibly grim’ but also ‘far too optimistic’ as think tanks warned the deadly outbreak will likely cause the expansion of UK plc to slow to the worst levels since the mid 1980s. 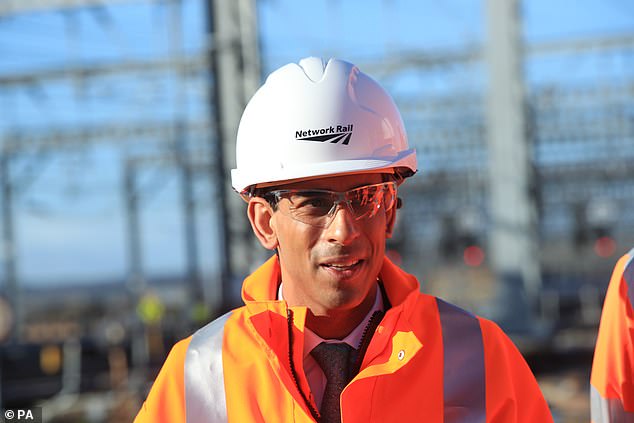 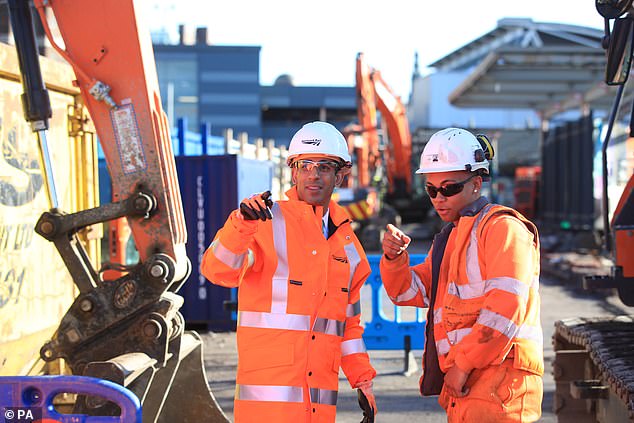 Mr Sunak said this morning that he had adopted a ‘prudent’ approach to the public finances in the face of the worsening spread of the disease.

The plans set out by the Chancellor amount to the biggest giveaway by a British government since 1992.

But Mr Sunak told the BBC: ‘I make absolutely no apology for responding in the short term in scale to the immediate threat that we face from coronavirus.

‘I think that’s the right thing to do for the economy, we need to help businesses have a bridge to get to the other side.’

The respected Institute for Fiscal Studies said the Chancellor’s announcements would force him to make tough decisions in the future.

IFS chief Paul Johnson said: ‘This was a Budget in two parts. First, in response to the coronavirus outbreak, the government announced a £12 billion giveaway in the coming financial year including extra support for public services and tax cuts targeted at business that might be particularly hard hit by a fall in social spending.

‘Second, the Chancellor set the envelope for the coming Spending Review. Day-to-day spending is to rise, although much is simply to cover new post Brexit responsibilities.

‘Genuinely striking is the substantial increase in planned capital spending. A key challenge will be to ensure that this money is spent well.

‘The key risk is that once again growth disappoints, and that this leaves the Chancellor with the choice of whether to rein back again on spending, or to announce further tax rises, or to abandon his fiscal targets and to allow debt to rise further.’

The Office for Budget Responsibility yesterday said the UK economy is likely to see average annual growth of 1.4 per cent in the years ahead.

But the Resolution Foundation think tank today warned the government finance watchdog’s forecast were ‘both incredibly grim, and far too optimistic’.

The think tank said even the OBR’s pre-coronavirus GDP estimates which showed slower than previously predicted growth would represent an annual economic hit worth £575 to every household in Britain.

The Resolution Foundation said the OBR’s pre-pandemic forecast for GDP to grow by 7.3 per cent over the next five years represented the second weakest OBR forecast on record. 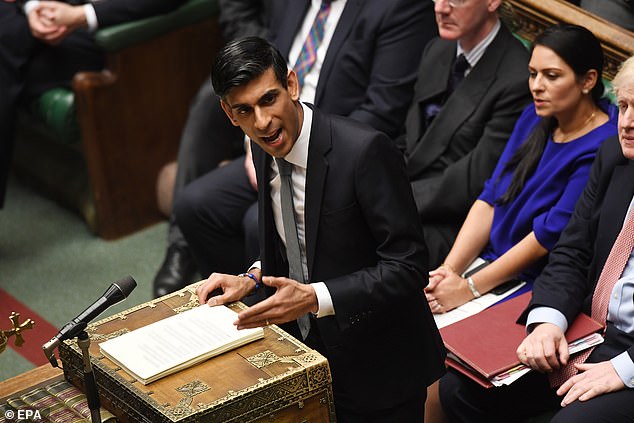 Mr Sunak, pictured during the Budget yesterday, today said he would make ‘absolutely no apology’ for his spending plans

‘And after factoring in any plausible impact of coronavirus this amounts to a unprecedentedly weak outlook for UK growth,’ the think tank said.

The Resolution Foundation said replacing the OBR’s pre-pandemic forecasts with more recent estimates published by the Organisation for Economic Cooperation and Development ‘would bring the UK’s annual growth outlook down to an average of just 1.2 per cent’.

That would be the worst average annual growth forecast recorded since the data started back in 1985.

Torsten Bell, chief executive of the Resolution Foundation, said: ‘The OBR manged to deliver an incredibly grim, and yet still unbelievably optimistic, pre-pandemic markdown to the UK’s economic outlook – dealing £600 a year hit to every household in Britain.

‘In reality once we take the economic impact of coronavirus into account this is the weakest official growth outlook on record.’