The California murder trial of of real estate heir Robert Durst will be moved to a larger court room to allow for social distancing.

The 77-year-old scion of one of New York’s wealthiest real estate dynasties is accused of murdering his best friend Susan Berman, in her home in Beverly Hills in December 2000.

His trial is expected to move to the Inglewood courthouse from the Los Angeles Airport courthouse near Los Angeles International Airport, when the jury potentially reconvenes on July 27.

His trial is currently on hold due to the coronavirus and awaiting a judge ruling on a defense motion for a mistrial. 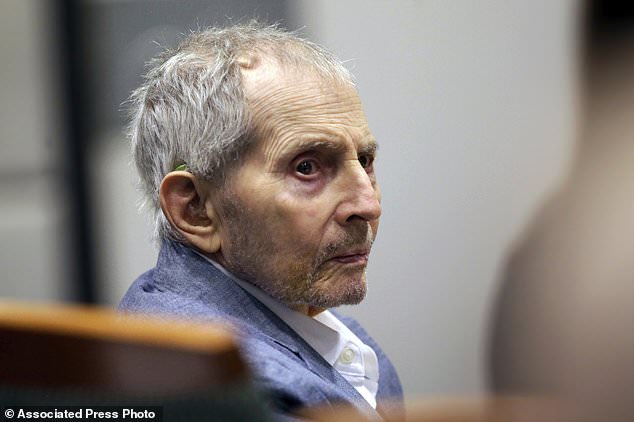 Robert Durst’s murder trial will be moved from the Los Angeles Airport courthouse to the large Inglewood courthouse to accommodate social distancing. Pictured above in March 2020

In March officials closed all of the county’s courthouses to all but time-sensitive essential matters.

Durst’s defense team filed the motion in April, arguing he cannot get a fair trial because of a long pause in the proceedings brought on by coronavirus court closures.

The attorneys say the stoppage makes it unrealistic the jury will be able to perform its functions.

‘The risk that jurors will not be accurately able to recall the evidence introduced prior to adjournment is heightened here,’ the motion says.

Prosecutors argued in opening statements that Durst shot Susan Berman because she knew Durst had killed his wife, who disappeared in 1982. Her body was never found.

Berman was killed just days before she was to give an interview to New York investigators looking into Kathleen’s disappearance.

Durst has never been charged in his wife’s killing, and denied having any role in either death.

His defense lawyer told the jury in March that his client found her body, ‘panicked,’ and wrote an anonymous note to the police, which included Berman’s address and the word ‘cadaver,’ leading them to his friend’s home. 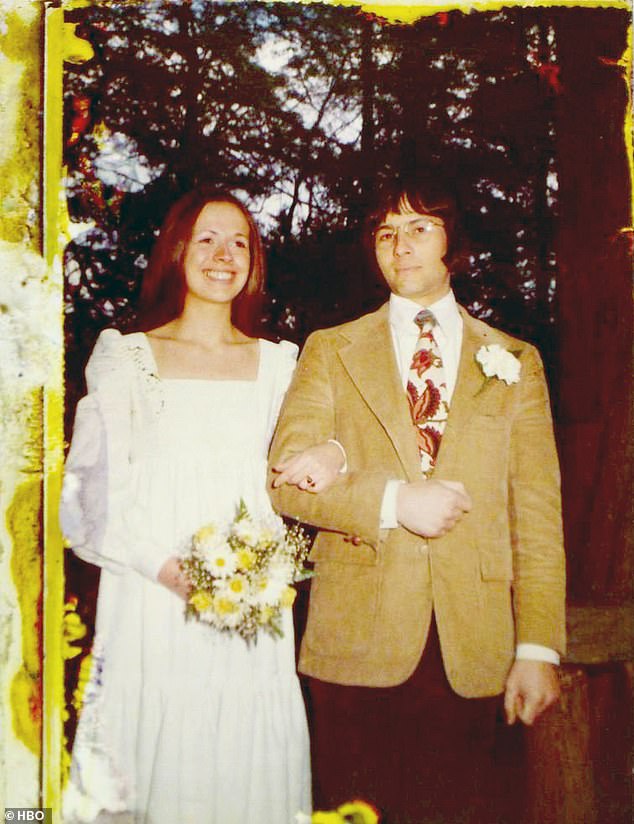 Berman was shot dead just days before she was set to be interviewed about the 1982 disappearance of Durst’s first wife, Kathleen (pictured on their wedding day). Kathleen’s disappearance is still unsolved

In 2003, Durst was acquitted in Texas of the murder of his neighbor Morris Black, whom he admitted to dismembering after shooting him in self-defense during a struggle inside the Galveston apartment they shared.

The trial had been in the works for five years, since Durst’s arrest on the eve of the airing of the final episode of The Jinx: The Life and Deaths of Robert Durst. The HBO documentary included interviews with Durst that helped lead to the charges against him.

In one pivotal scene, Durst was overheard mumbling to himself, ‘Killed them all, of course.’