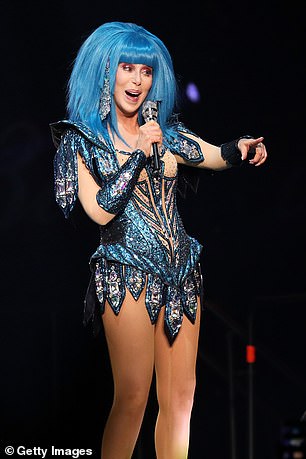 She’s a trained doctor, a Labour MP vying for one of the party’s top jobs and now Rosena Allin-Khan can add ‘accomplished Cher impersonator’ to her CV.

Dr Allin-Khan found she had time to spare at the end of her pitch to be Labour’s deputy leader in Durham last night.

So rather than add another soundbite for the weary audience she opened the taps on a full-throttle rendition of If I Could Turn Back Time.

To applause from the audience she hammered out the chorus of the 1989 hit. Posting a video of the performance on Twitter she said: ‘At today’s hustings, the moderator said I had 25 seconds to spare – so I belted out some Cher.’

Dr Allin-Khan, the Tooting MP, is unlikely to win the post, with shadow education secretary Angela Rayner the overwhelming favourite.

Labour’s election for the new leader and deputy leader have been running since January and there is still more than a month until Jeremy Corbyn’s replacement is announced on April. 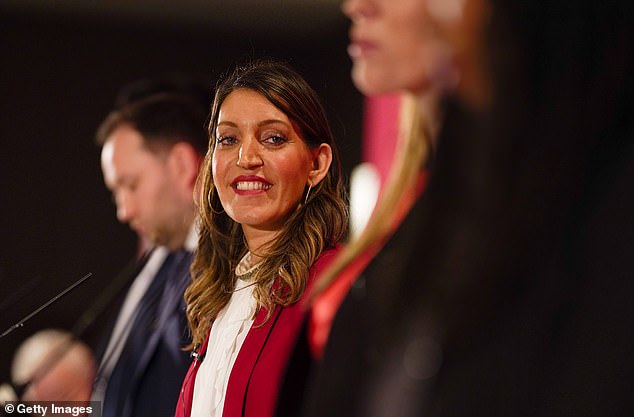 Dr Allin-Khan, the Tooting MP, is unlikely to win the post, with shadow education secretary Angela Rayner the overwhelming favourite

Today even his shadow chancellor John McDonnell joked about the length of the battle.

Appearing on Sky’s Ridge on Sunday, he was asked about the chances of Rebecca Long-Bailey, whom he is backing to take over.

He said: ‘Well, I’m hoping, I still hope she’ll win. I think there’s a good change she will.

‘We’ve got a long way to go in the election campaign.

‘It’s becoming a bit interminable, I have to say, it’s going on for quite a bit, but all of them, I think, could make good leaders.’

Meanwhile one of Ms Allin-Khan’s hard-Left rivals warned Labour has no future politically, morally or electorally if it drops its anti-austerity approach.

Richard Burgon warned Jeremy Corbyn’s successor as leader against moving away from the party’s ‘socialist’ policies, adding whoever is elected to the top job would lack a mandate to ditch them without permission from members.

He also hit out at Labour colleagues for their attempt to remove Mr Corbyn as leader in 2016 and claimed it cost them being in power the following year.

On the prospect of Sir Keir Starmer moving the party back towards the centre ground if he became leader, Mr Burgon told the BBC’s Andrew Marr Show: ‘I think we need to ensure we keep our socialist policies by ensuring we have a democratic members-led party.’

Asked if he would be worried by such an approach, Mr Burgon replied: ‘I don’t think there’s a future for the Labour Party politically, morally or electorally by trying to triangulate our way back to power.