The Royal Navy shadowed four Russian vessels through the English Channel and into the North Sea after the task group returned from patrolling the Mediterranean.

HMS Tyne and Severn tracked the destroyer Vice Admiral Kulakov, corvette Vasily Bykov and two support vessels as they headed north back to their home ports.

Two weeks ago, HMS Westminster tracked the Kulakov south through the Dover Strait and into the Bay of Biscay. 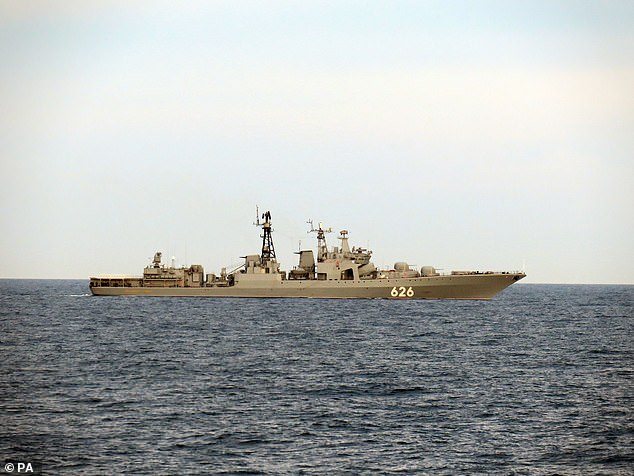 The Royal Navy has been following a flotilla of four Russian vessels though the Dover Strait and into the North Sea, including the submarine hunter destroyer Vice Admiral Kulakov, pictured 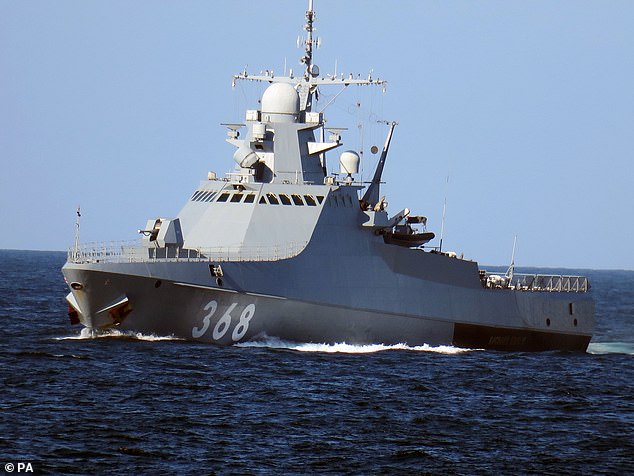 The Kulakov, which is based with the Russian Northern Fleet was joined by the corvette Vasily Bykov, pictured, which is normally part of the Black Sea Fleet based in Sevastapol 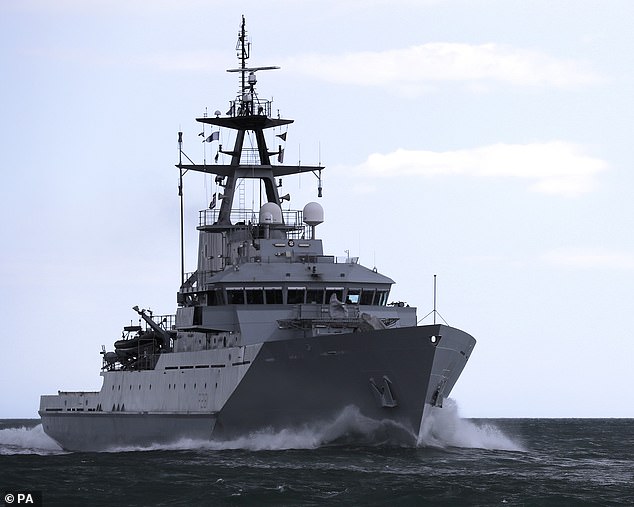 HMS Tyne, pictured, had just completed a training mission training navigators by circumnavigating UK waters when she was pressed into action to monitor the Russian fleet

According to the Royal Navy, the Portsmouth-based vessels intercepted the Russian ships on the edge of the UK’s area of responsibility and tracked them until handing over monitoring duties to the Belgian navy when the flotilla headed into the North Sea.

Admiral Kulakov is a submarine hunter based with the Russian Northern Fleet on the Kola Peninsula. The Bykov is based with the Black Sea Fleet in Sevastapol, Crimea.

Armed Forces Minister James Heappy said: ‘The Royal Navy’s Offshore Patrol Vessels are proving their worth with yet another successful operation in defence of our Home Waters,.

‘These highly capable Ships and their crews are always on watch protecting our Nation’s interests all year round.’ 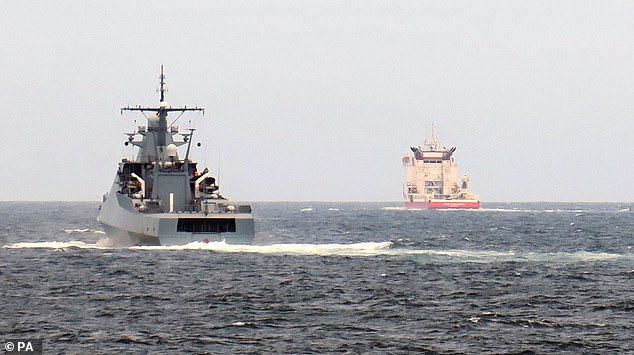 Two support vessel, one not pictured, were also part of the small flotilla 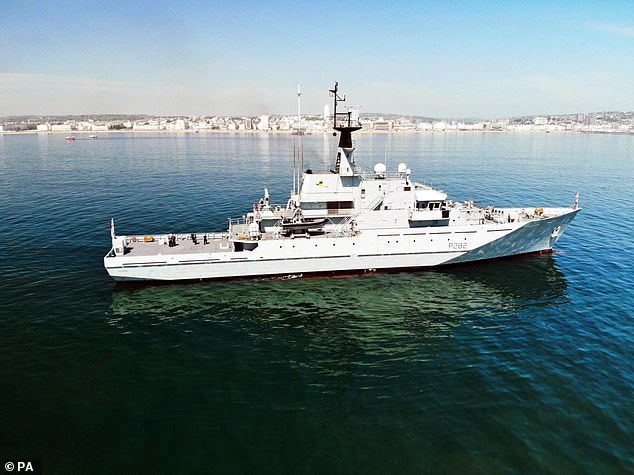 Tyne was joined by HMS Severn, another Off Shore Patrol vessel in tracking the four Russian ships through the Dover Strait and into the North Sea

HMS Tyne had been on a circumnavigation of UK waters which involved training Royal Navy navigators in safely working their way through the treacherous waters of the Western Isles, the Sky Bridge – as well as the ‘turbulent waters of the Gulf of Corryvreckan’ which is known for its whirlpools.

The training operation ended at the Isles of Scilly, before the vessel was pressed into action to monitor the Russian fleet.

‘We have quickly transitioned from Maritime Security Operations to internal navigation training and then to shadowing Russian warships – all of which is designed to ensure our nation’s security.

‘This pace and level of activity is common for Tyne; during our last patrol the ship intercepted Russian warships soon after completing an exercise with our Irish counterparts.’