Saudi Arabia has pledged to slash its carbon emissions to net zero by 2060.

The country, which produces more than a tenth of the world’s crude oil, joins more than 100 nations that have set a net zero target.

Its efforts so far have been slow, with the first Saudi renewable energy plant having only opened in April and its first wind farm launching in August. 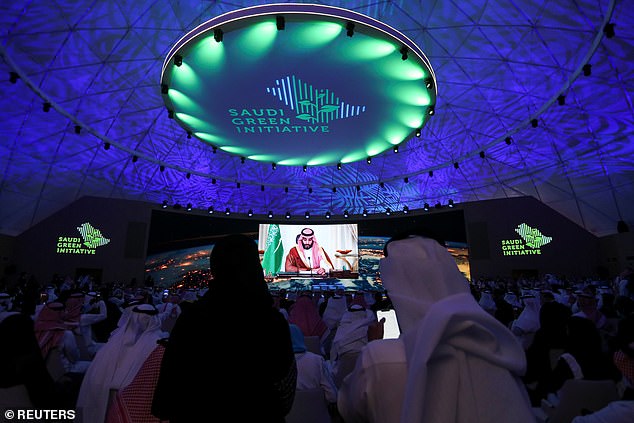 But it is investing £130billion in methods such as carbon-capture technology to reach its net zero goal and is creating a £4billion hydrogen plant.

The Gulf state will also double the emissions cuts it had planned by 2030.

Crown Prince Mohammed bin Salman made the announcement ahead of the Cop26 climate conference.

However, he said Saudi Arabia will still produce oil for decades to come. 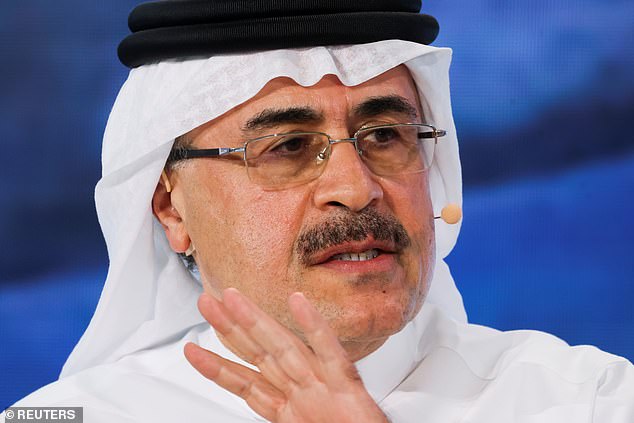 Its net zero target applies only to domestic emissions, meaning it can continue to export oil and gas.

Amin Nasser, head of the state oil giant Saudi Aramco, aims to expand its oil and gas production capacity while also achieving net zero emissions from its own operations by 2050.

It aims to eliminate 278 million tonnes of carbon dioxide emissions per year by 2030, up from a previous target of 130 million tonnes.

Mr Nasser said it was counterproductive to ‘demonise’ hydrocarbons. 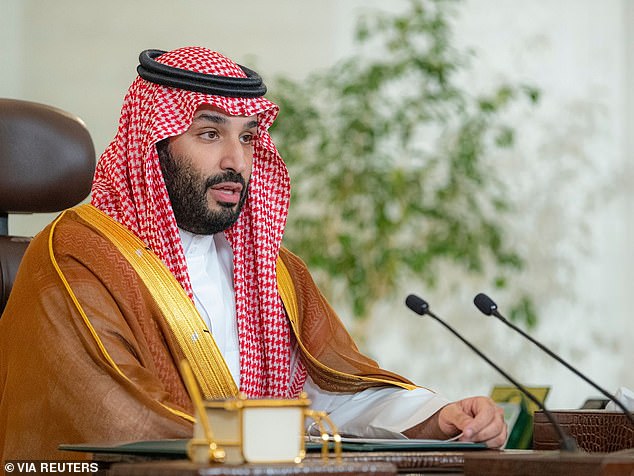 The Crown Prince and his energy minister said Saudi Arabia would tackle climate change, but also stressed the continued importance of hydrocarbons and said it would continue to ensure oil market stability.

Another Gulf oil producer, the United Arab Emirates, this month announced a plan for net zero emissions by 2050.