SEATTLE was "liberated" on Wednesday after cops bulldozed CHOP following a surge in violence in the "autonomous zone."

Officials said that 31 people were arrested for "failure to disperse, obstruction, assault, and unlawful weapon possession" before 9.30am that morning. 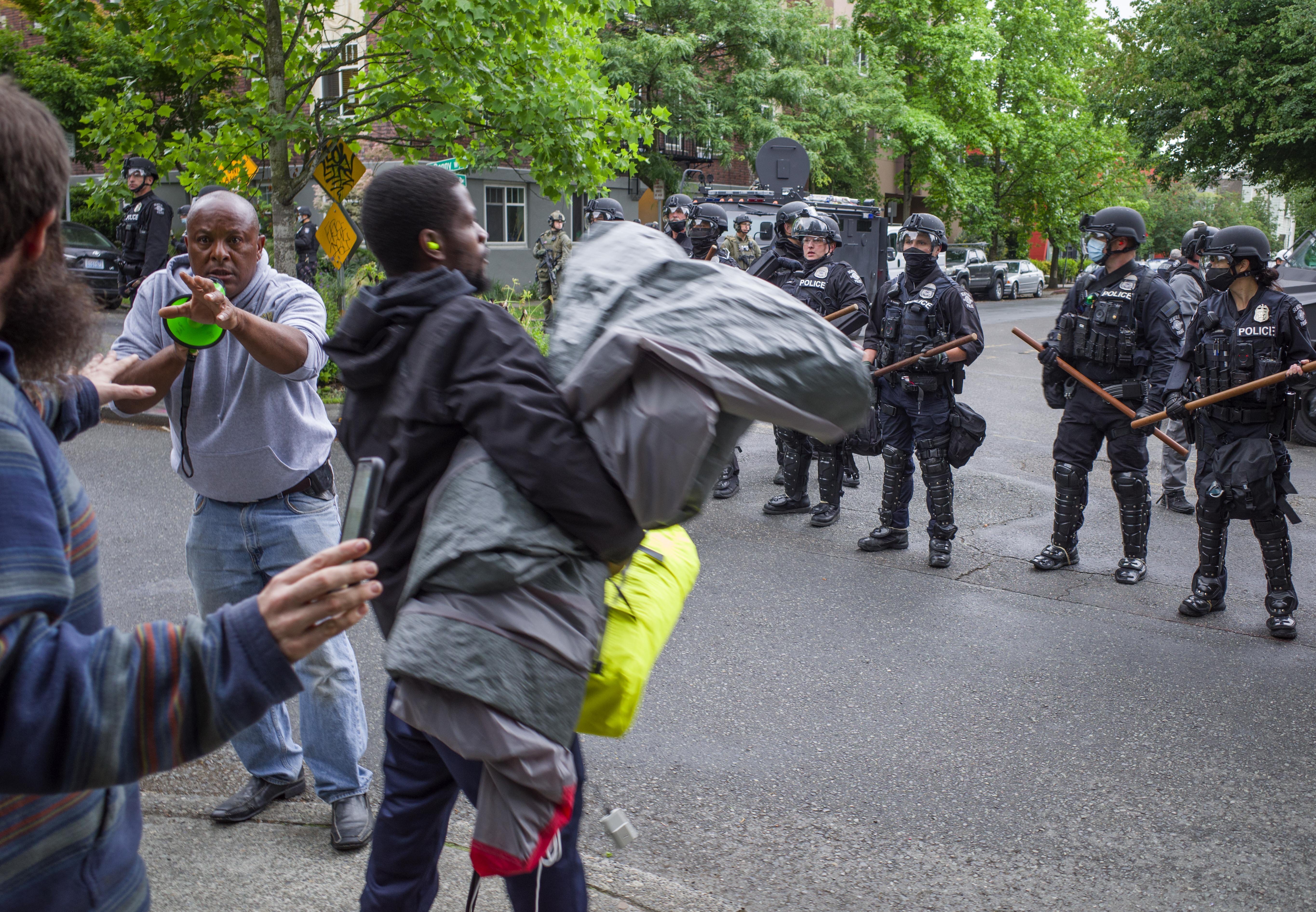 The Seattle Police Department announced early Wednesday morning that it would be closing the area.

The SPD tweeted: "Due to ongoing violence and public safety issues in the East Precinct/Cal Anderson Park area.

"Mayor Jenny Durkan has issued an executive order to vacate the area. Seattle police will be in the area this morning enforcing the Mayor’s order."

Following the news that area had been cleared out, White House Press Secretary Kayleigh McEnany called the it a "failed four-week Democrat experiment."

She celebrated while telling reporters at a press conference: "We are pleased to report law and order has prevailed and Seattle has been liberated from the anarchists."

However, Senate Majority Leader Mitch McConnell believes that the moves were "several deaths too late."

Reacting to the news on Twitter, McConnell wrote: "Finally. Twenty-some days and several deaths too late.

"The rule of law must not fade in and out with the fashions of the radical left." 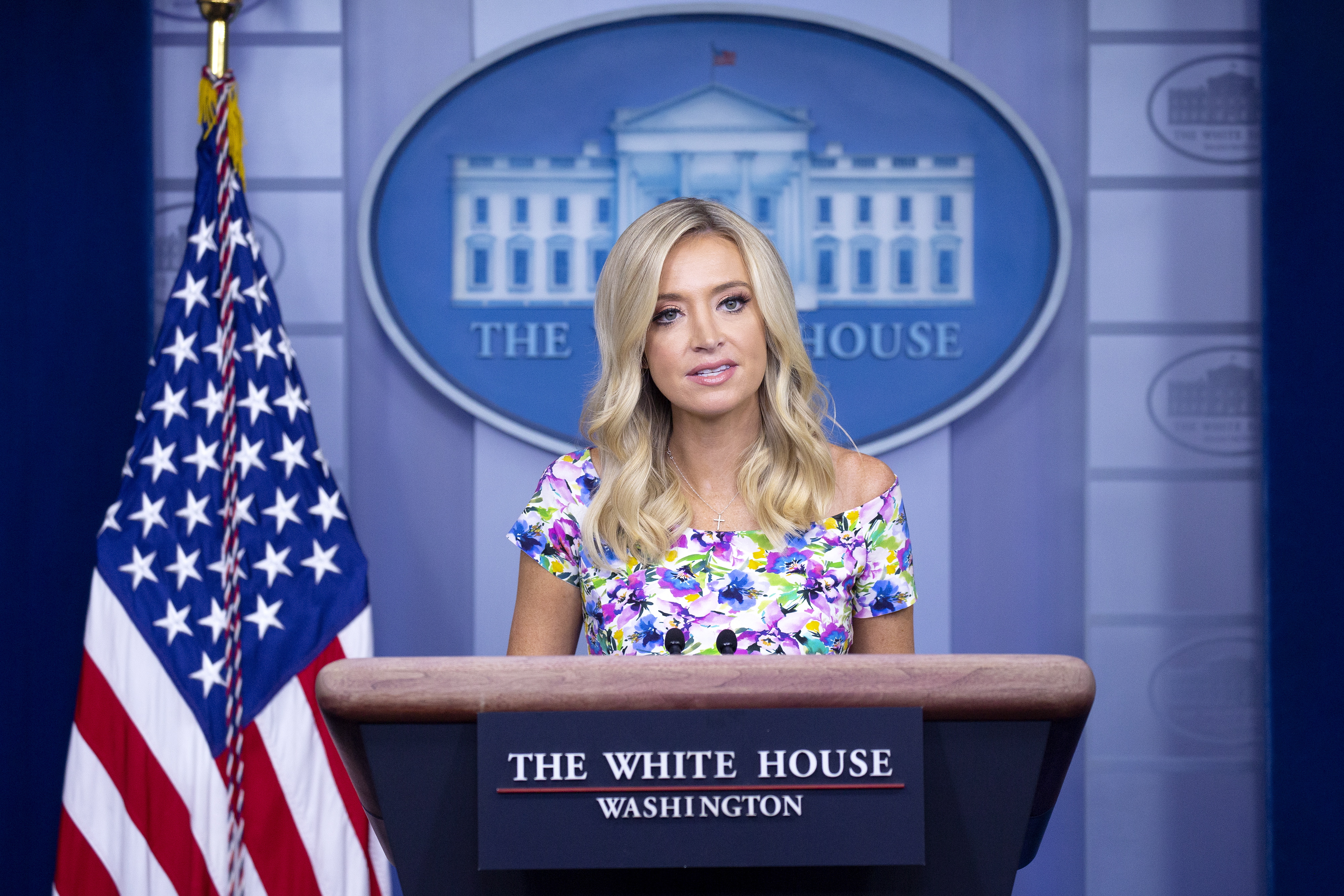 On Monday, 16-year-old Antonio Mays Jr. was fatally shot inside "CHOP" and a boy, 14, was left in critical condition from the shooting.

A friend claimed that Mays Jr had hijacked a Jeep and drove with his friend into the zone "for safety."

Ciara Walker, 25, told the Daily Mail that she was on the phone to the boys when the incident occurred: "The last thing I heard was a crash and pop pop pop, I'm not sure who said what, but one of them said, 'Ah s**t I'm hit, I don't wanna die.' Then the phone went dead."

She told the outlet that she had only known the boys for the past few months, saying: "they were runaways, we don’t know much about them.

"They held someone up at knifepoint to carjack the Jeep.

"Both [Mays Jr] and [redacted] came to us and told us they were being chased, we told them to get away from them.

"We told them to turn around and drive to the police precinct in the CHOP for safety on 12th and Pine.

"They drove into the CHOP zone not to ambush the sleeping protesters but for their own safety and it ended up costing at least one of them their life." 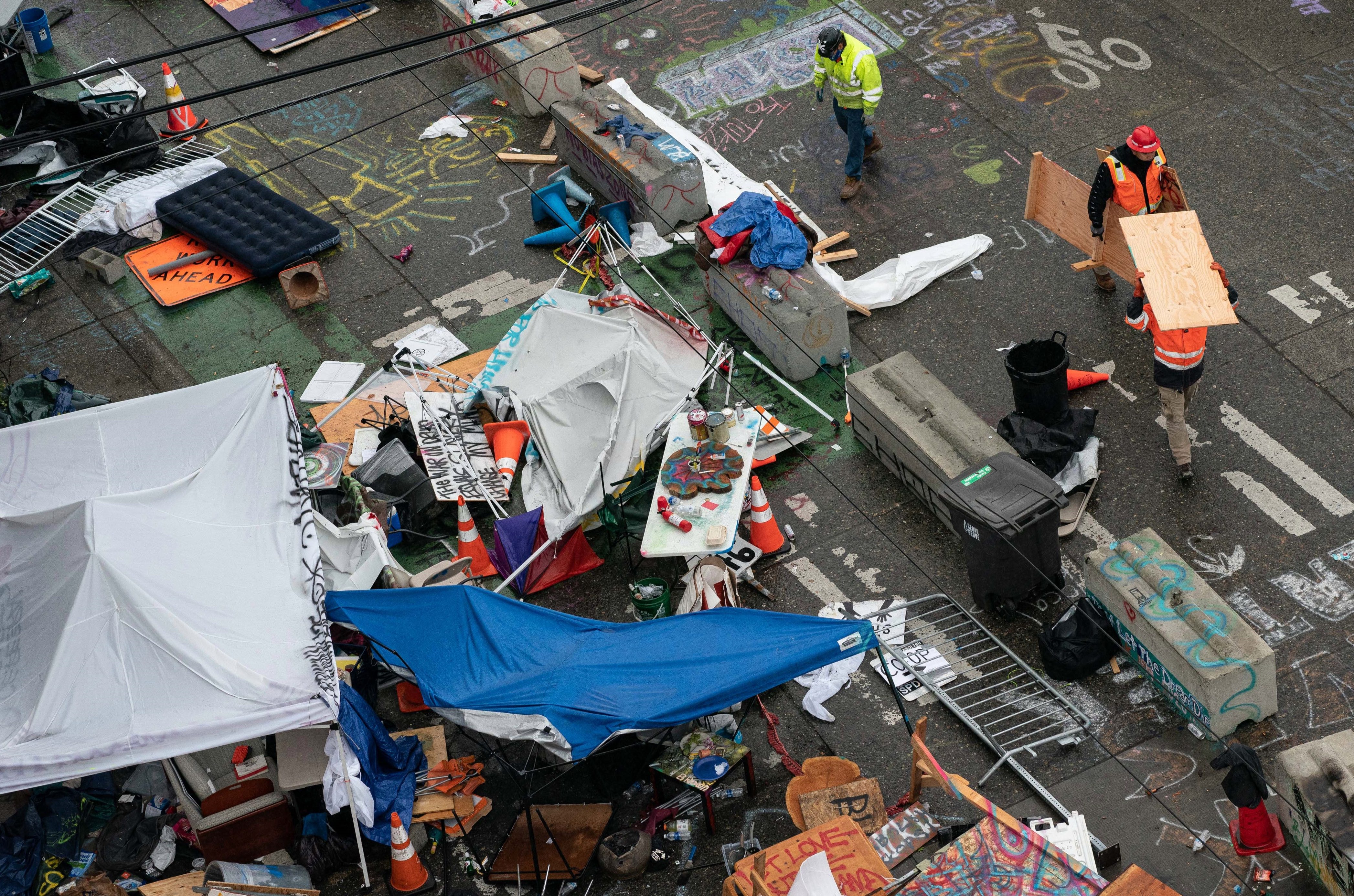 Just over one week earlier, on June 20, teenage rapper Lorenzo Anderson, 19, was fatally shot – but cops and firefighters were blocked from helping him by angry crowds.

During an interview with Fox News on Wednesday, his father, Horace Lorenzo Anderson was asking for answers.

"It's been almost two weeks and I haven't heard from nobody."

"They wouldn't even let me see my son that night, it took a whole week before I saw my son I went to the hospital and they said we wouldn't see him."

"All I know is my son got killed up here… that's my son." 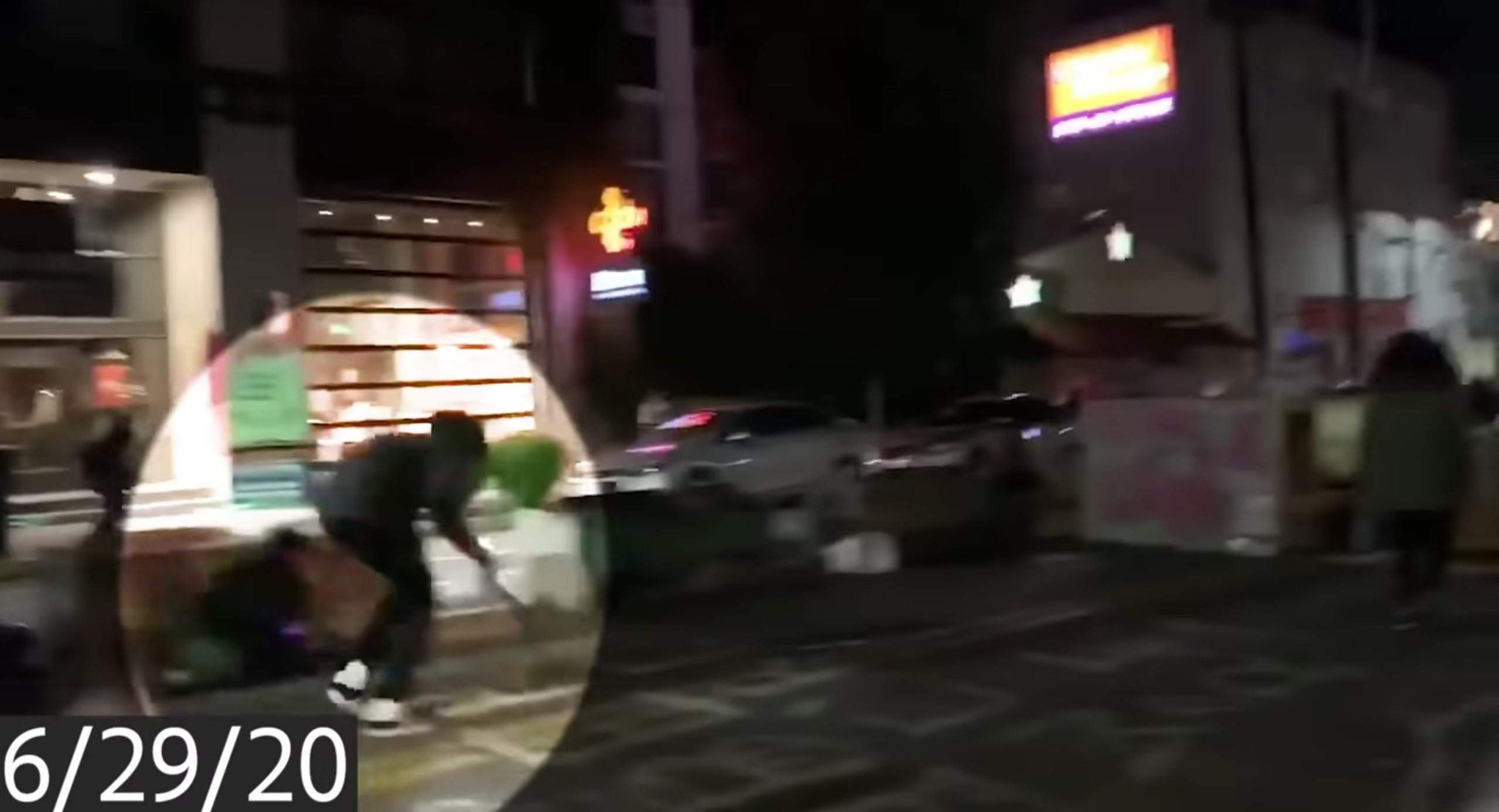 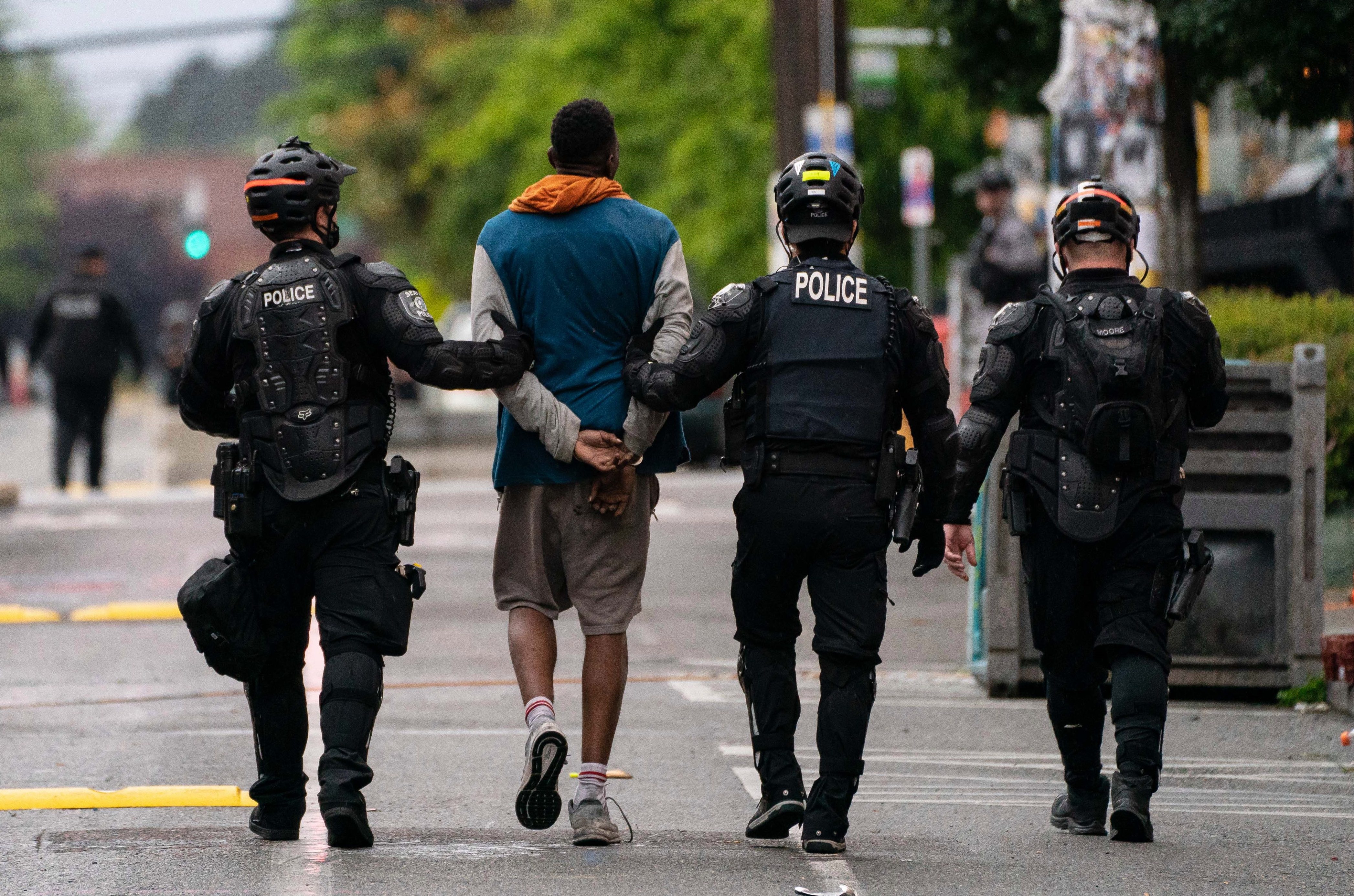 Demonstrations started in the "CHOP" zone on June 8th – prompting robberies, assaults, and other violent crimes, according the police department.

"CHOP" was originally called the “Capitol Hill Autonomous Zone,” or “CHAZ,” by protesters until it was changed.

Protesters had cordoned off the several-block area near a police station after violent clashes with cops.

They took over the area after cops abandoned the East Precinct building and a “Black Lives Matter” mural was painted on the street.

Seattle police added in followup tweets on Wednesday: "Two teenagers have been killed and three people have been seriously wounded in late-night shootings.

"Because suspects in recent shootings may still be in the area, and because numerous people in the area are in possession of firearms, Seattle Police officers involved in this morning’s response will be equipped with additional protective gear." 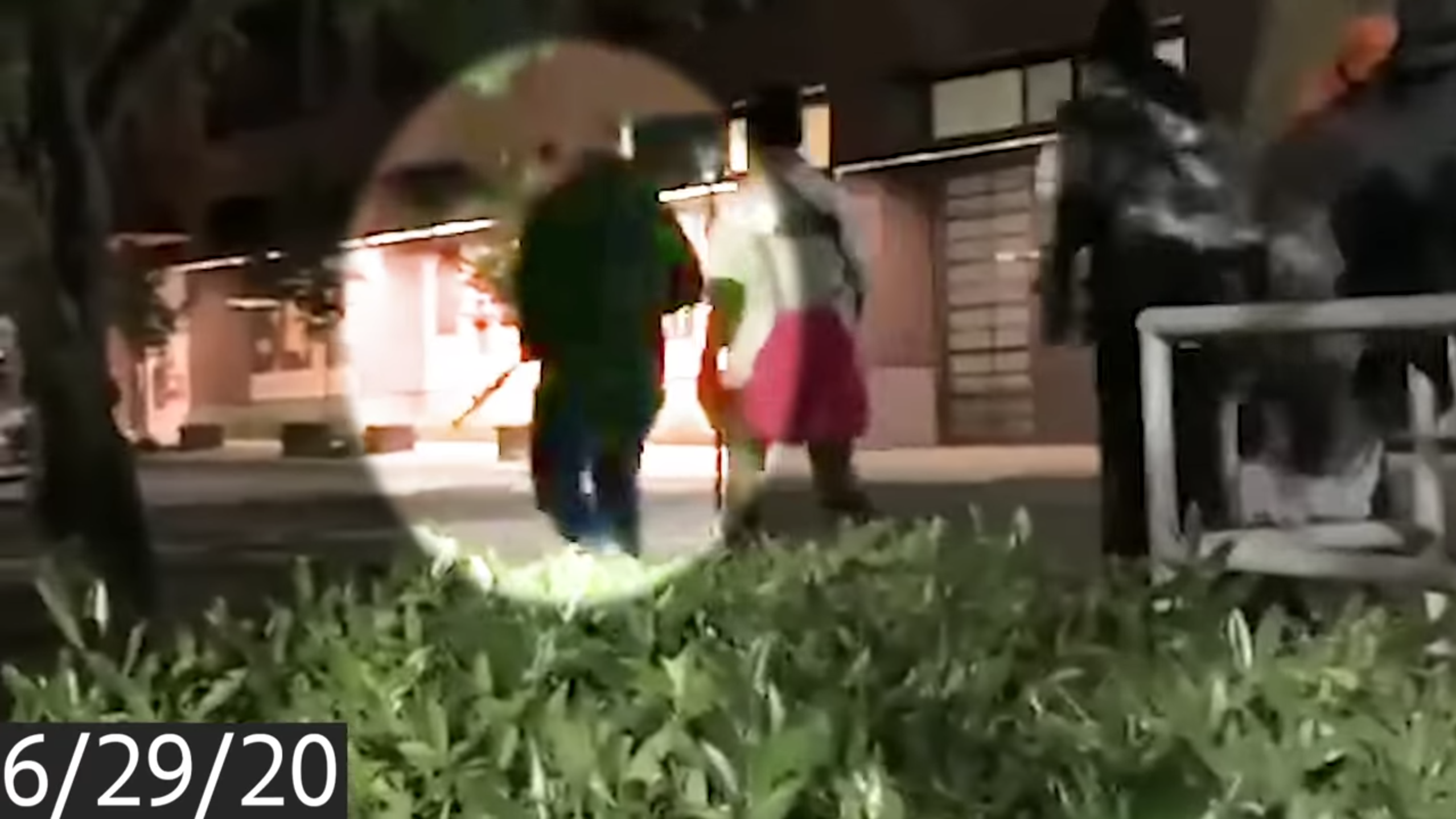 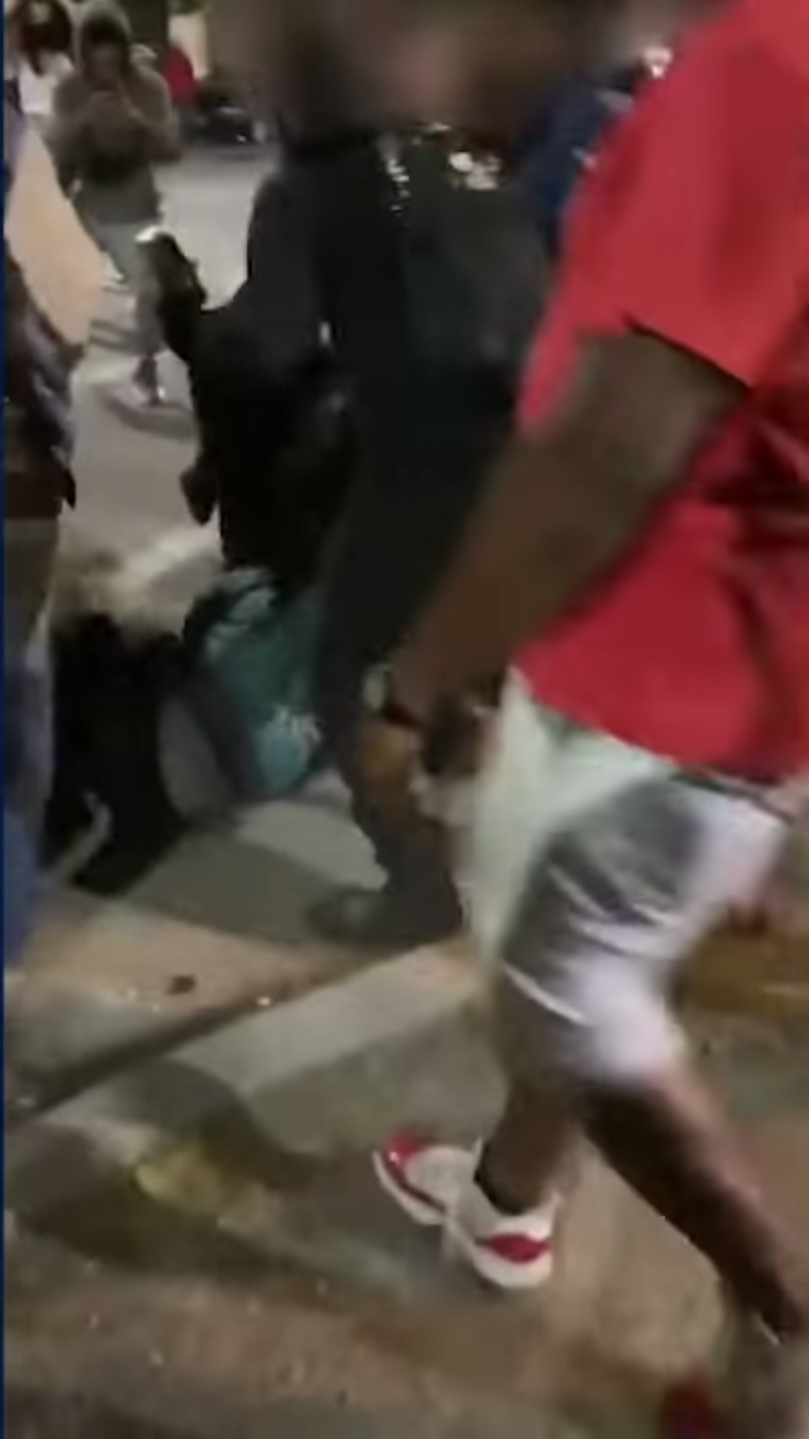 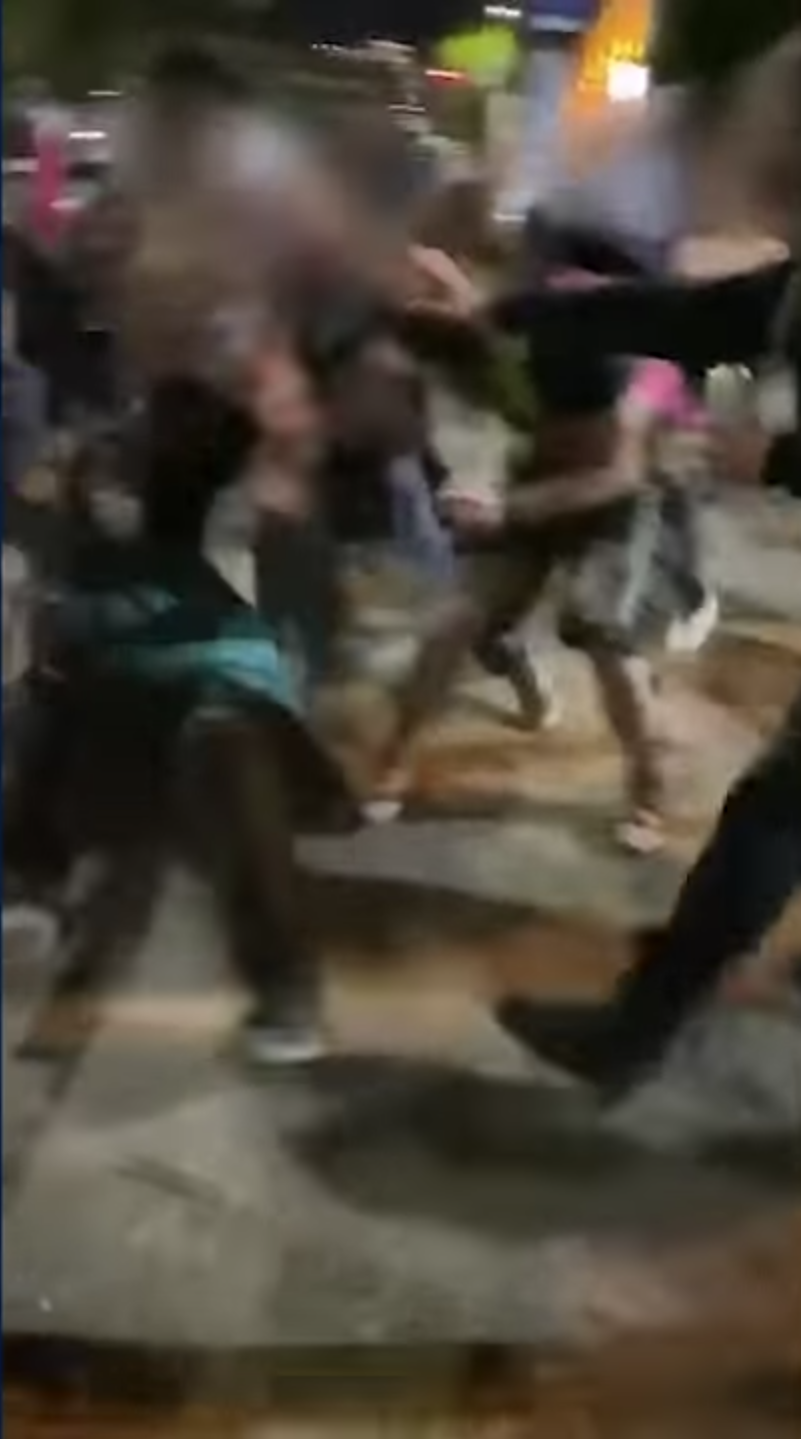 Durkan said she was hoping people would "voluntarily" vacate the ceded territory surrounding Cal Anderson Park after a weekend of violence.

After two shootings, Durkan had confirmed police officers would be retaking the East Precinct in the area "peacefully and in the near future" – two weeks after she ordered they retreat amid protests.

During a press conference, Durkan said the violence was distracting from changes sought by thousands of peaceful protesters, hoping to address racial inequity and police brutality.