The Court of Appeal has thrown out a man’s sexual abuse convictions and ordered a retrial because a judge caused a substantial miscarriage of justice by making comments that favoured the alleged victim’s case, including suggesting she was courageous to come forward.

The decision means the complainant, who went through two days of cross-examination in which she was called a “bare-faced liar”, and the accused, who is her father, will face a second jury trial. 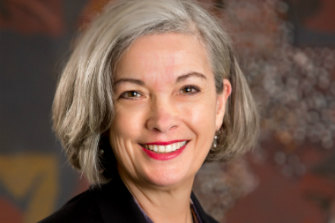 In their judgment handed down on Thursday, Court of Appeal judges David Beach, Stephen McLeish and Terry Forrest set aside the convictions because Judge Felicity Hampel “significantly undermined a substantial plank of the applicant’s defence”.

“The judge made a comment favourable to the prosecution that bore on a disputed factual question of considerable significance to the trial,” the appeal judges said.

The father, aged in his 40s, was found guilty by a jury in 2019 of committing an indecent act with a child and three charges of incest over offences that allegedly occurred from when his daughter, who is now in her 20s, was nine years old.

Prosecutors alleged the daughter became pregnant to her father three times when she was a teenager.

The father was convicted and sentenced to 18 years’ jail, with a non-parole period of 14 years, before he appealed to the court last week and the convictions were quashed.

The central point of the appeal was the comments Judge Hampel, who has been on the bench for more than 15 years, made to the jury during her instructions about the law, also called a charge. The charge to the jury occurs after the evidence is finished and before a jury begins deliberations.

According to Thursday’s Court of Appeal judgment, after directing jurors on the way they might assess a witness, Judge Hampel told them that “as is usual in cases such as these” there were no eyewitnesses.

“Sometimes sexual activity can occur covertly in the presence of other people, but without the others being aware of it,” she said. 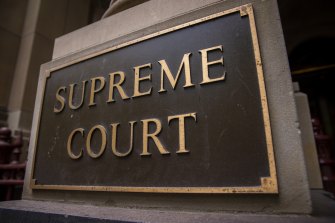 Three justices of the Victorian Court of Appeal ordered a retrial in the case.Credit:Wayne Taylor

In summarising the evidence in the trial, Judge Hampel went on to describe a topic as “evidence of disclosures made by [the complainant] over the years that her father had been sexually abusing her”.

Usually lawyers and judges use the word “complaint”, but Judge Hampel said it wasn’t “always a particularly accurate term” and disclosure was more neutral.

She then went on to tell the jury, in what she called a comment rather than a direction, that making a disclosure or speaking out “is not an easy thing to do, you might think, and it may take some courage to do so”.

Lawyers for the accused, led by Theo Kassimatis, QC, and solicitors from James Dowsley & Associates, said the jury could have thought Judge Hampel regarded the complainant as an honest and reliable witness.

The appeal judges said Judge Hampel’s comment about eyewitnesses should not have been made because it concerned an important disputed question of fact, in a case where the credibility of the complainant was a central issue.

“The judge’s comment significantly undermined a substantial plank of the applicant’s defence — namely, the unlikelihood of the complainant’s account of sexual offending against her of the kind described in a room where other people were present,” the appeal judges said.

It amounted to a substantial miscarriage of justice, they said, and it could have improperly influenced the jury.

The appeal judges, who upheld all three grounds for appeal, said that by saying it took courage to make a disclosure, the jury could have understood Judge Hampel to be suggesting it took courage for the complainant to come forward.

“On one view, it would only take such courage if those allegations were true,” they said.

A new trial date is yet to be set.