Shamima Begum poses no threat to security and should be allowed home to live in the UK, a former diplomat has claimed.

Peter Galbraith – who was the US Ambassador to Croatia – said Ms Begum has ‘absolutely rejected the Islamic State’ and should be sent home from the al-Roj camp in northern Syria.

Ms Begum was 15 when she and two other east London schoolgirls travelled to Syria to join the so-called Islamic State group in February 2015 and marry jihadis.

Now 21, she is challenging the Home Office’s decision to remove her British citizenship and has asked a specialist tribunal to consider whether she was a victim of trafficking when she travelled to Syria.

The Home Office says she is a threat to national security and should not be allowed to return to the UK or be a British citizen. They claim she is not stateless because her parents are from Bangladesh. 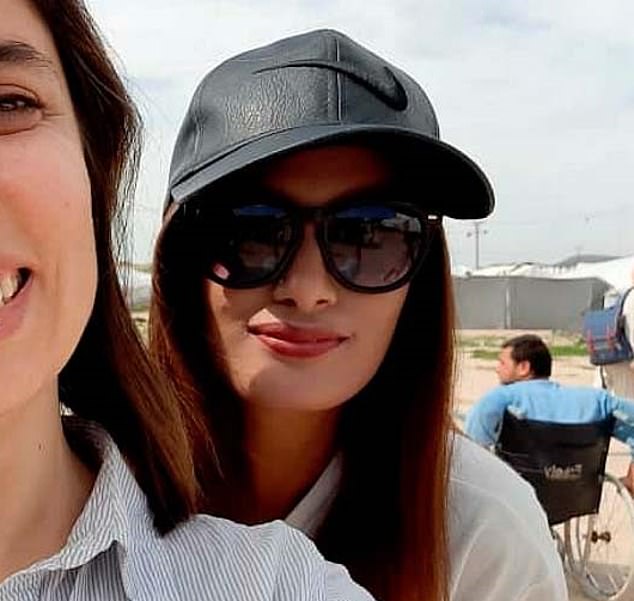 Shamima Begum (pictured) poses no threat to security and should be allowed home to live in the UK, a former diplomat has claimed

Mr Galbraith told The Daily Telegraph: ‘I’ve talked to Shamima – she is part of the group of women who have absolutely rejected the Islamic State – I know enough about her to feel quite confident that she’s not a dangerous person.’

Mr Galbraith said he was key to securing the freedom of a Canadian woman in the same camp not long ago. After fleeing, the woman was able to contact the Canadian embassy from the Kurdistan region of Iraq, he claims.

Typically, countries must submit requests to Syrian Kurdish authorities to have their nationals returned to them prior to release, Mr Galbraith said.

He stressed the case of the Canadian woman – who cooperated with US law enforcement during certain inquiries –  is the exception.

He added: ‘There are other women who have rejected the Islamic State, I don’t know if there are many who have been so helpful to law enforcement and, in her case, the identification of people including Americans who have committed major crimes.’ 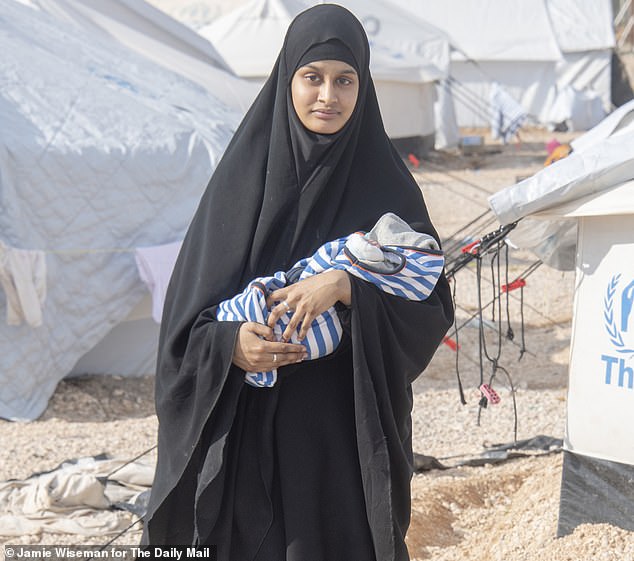 Earlier this month, Miss Begum’s lawyers told the Special Immigration Appeals Commission (SIAC) at a hearing that the Home Office had a legal duty to investigate whether she was a victim of trafficking when her citizenship was revoked.

It came days after Begum was interviewed and claimed she only left the UK to join ISIS in Syria, because she ‘didn’t want to be left behind’ by her friends and insisted she only supported the ISIS fanatics because she was ‘naive’.

Her British citizenship was revoked on national security grounds shortly after she was found, nine months pregnant, in a Syrian refugee camp in February 2019 having married a Dutch jihadi and had three children, all of whom died.

Samantha Knights QC said that ‘the counter-terrorism unit had suspicions of coercion and control’ at the time Ms Begum left the UK, which she argued ‘gives rise to the need to investigate the issue of trafficking’.

In written submissions, Ms Begum’s legal team said the Home Office failed to consider whether she was ‘a child trafficked to, and remaining in, Syria for the purposes of sexual exploitation and forced marriage’.

Ms Begum also wants to challenge the removal of her British citizenship on the grounds that it made her ‘de facto stateless’ and that the decision was procedurally unfair.

Ms Knights told the court that Ms Begum is currently held in the al-Roj camp in northern Syria where conditions are ‘dire’.

‘Ms Begum … is in a fundamentally unsafe environment in a camp run by the SDF.

She added that Ms Begum was ‘living in a situation of serious and present danger’ and asked SIAC to consider her proposed new grounds of appeal in November.

David Blundell QC, representing the Home Office, said: ‘Ms Begum should not be permitted to amend her grounds again’. He argued in written submissions: ‘It is significant that the allegation is not that Ms Begum was trafficked, but rather that she ‘may have been’ trafficked.

‘Ms Begum herself has never stated that she has been trafficked, despite having given numerous media interviews and provided instructions to her solicitors on a number of matters.

‘The absence of a claim that she has in fact been trafficked means this ground proceeds on an uncertain factual basis.

‘It is entirely speculative.’

The Home Office also argues that Ms Begum’s case should be put on hold until a separate case before SIAC, which is due to be heard next March, has concluded. 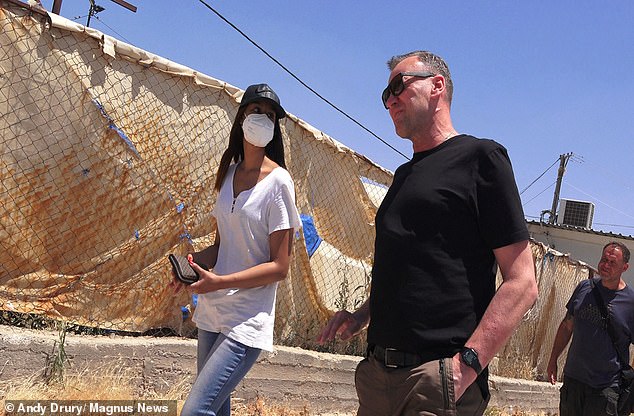 Shamima Begum, 21, has insisted she does not need to be rehabilitated during an interview at al-Roj prison camp in Syria 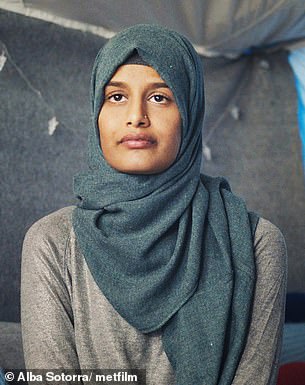 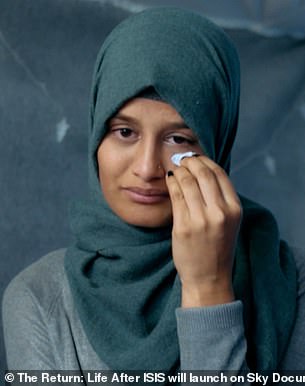 Begum, who left Britain to join Islamic State when she was 15 in 2015, remains in the camp stripped of her UK citizenship.

In her latest interview there, she told journalist Andrew Drury: ‘I don’t think I was a terrorist. I think I was just a dumb kid who made one mistake.

Explaining why she had stopped wearing her traditional Islamic dress, she said: ‘I wear these clothes, and I don’t wear a hijab, because it makes me happy. And anything in this camp that makes me happy is like a lifesaver.’

She added that she liked rapper Kanye West’s music, was following news of his divorce from reality TV star Kim Kardashian and watched re-runs of Friends in the camp.