Beagle’s about! Sharp-dressed hound makes bold entrance as dogs and owners troop in for final day of Crufts

As Crufts enters its final day, terriers and hounds were seen trooping into the competition to compete in their categories.

Now in its 129th year, the 2020 contest has been running at Birmingham’s NEC since Thursday despite fears amid the coronavirus outbreak.

Dogs including Irish wolf hounds and beagles were led into the arena this morning to face off in the prestigious competition.

This year’s Crufts has attracted more than 160,000 visitors so far to witness canines taking part in categories such as gundog, working and pastoral.

Handlers have also put forward pets to take part in the utility and toy sections but the most prestigious prize is yet to come.

Audiences across the country will this evening be tuning in to see which competitor takes home the Best in Show award. 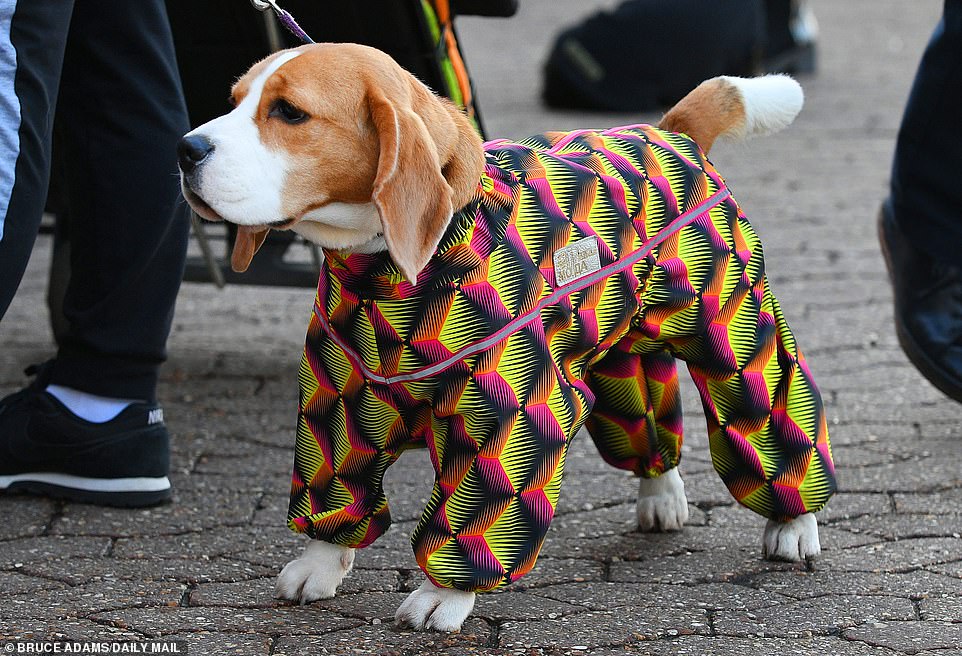 The beagle made a bold entry in Birmingham this morning, where the canine will face down competition at the NEC in the West Midlands as it takes part in the hound category. The pet was spotted sporting a coat to protect its preened fur ahead of its appearance at the prestigious competition which is in it final day 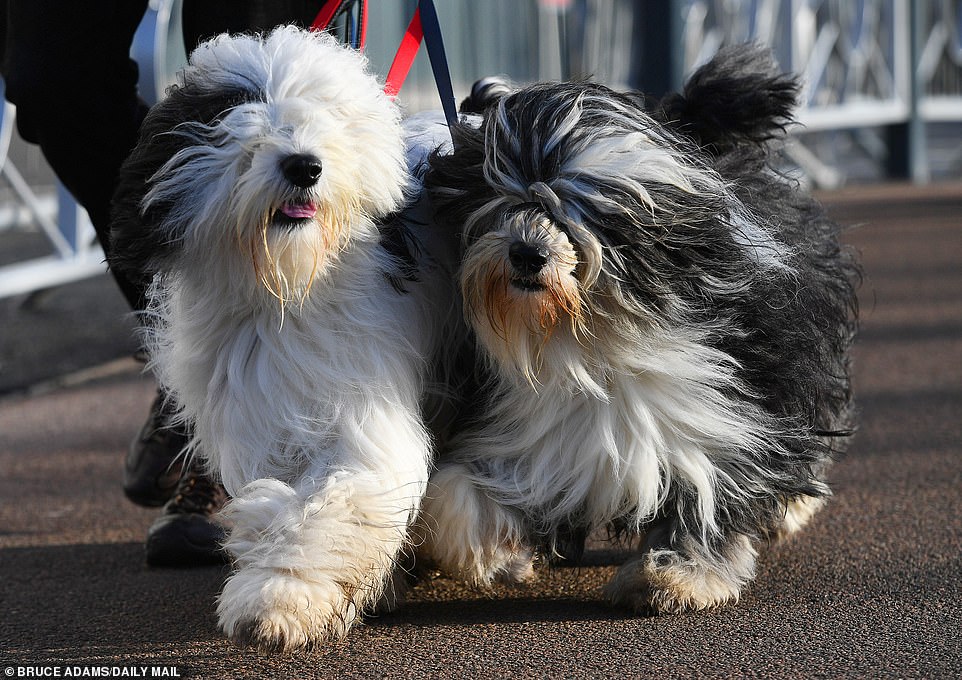 English sheepdogs make their way into the Birmingham NEC today as thousands descend on the venue in the West Midlands for the final day of the prestigious competition, which will see the winner of the Best in Show category announced in a show presented by Clare Balding that will be livestreamed on Twitter for the first time ever 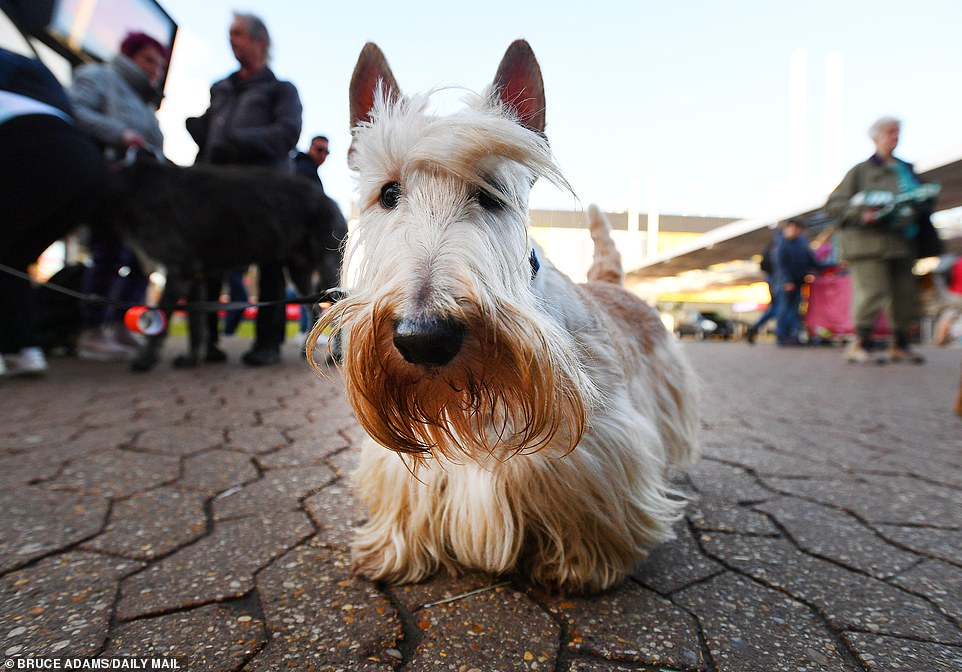 A white miniature Schnauzer is pictured outside the NEC in Birmingham, West Midlands, today as thousands of owners and spectators head into the arena to enjoy the final day of the contest. This dog will be competing in the terrier category today, with the highly anticipated Best in Show slot set to feature in the programme this evening 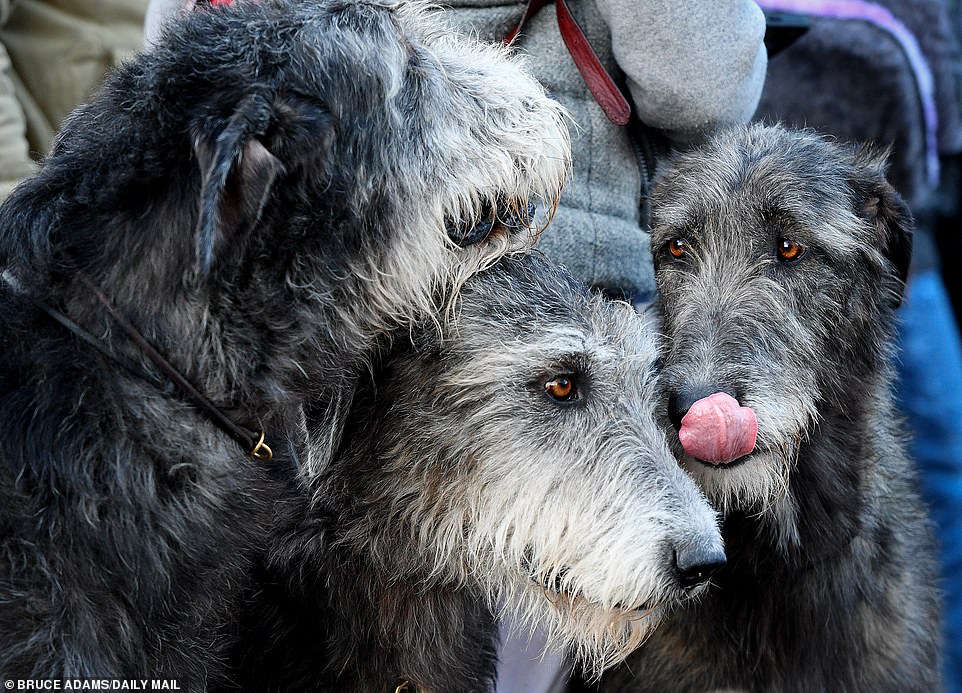 A pack of Irish wolf hounds are pictured snuggling for warmth before they enter the arena in Birmingham, West Midlands, today to take part in the hound category before the competition closes by announcing the winner of its most prestigious category and selecting the Best In Show 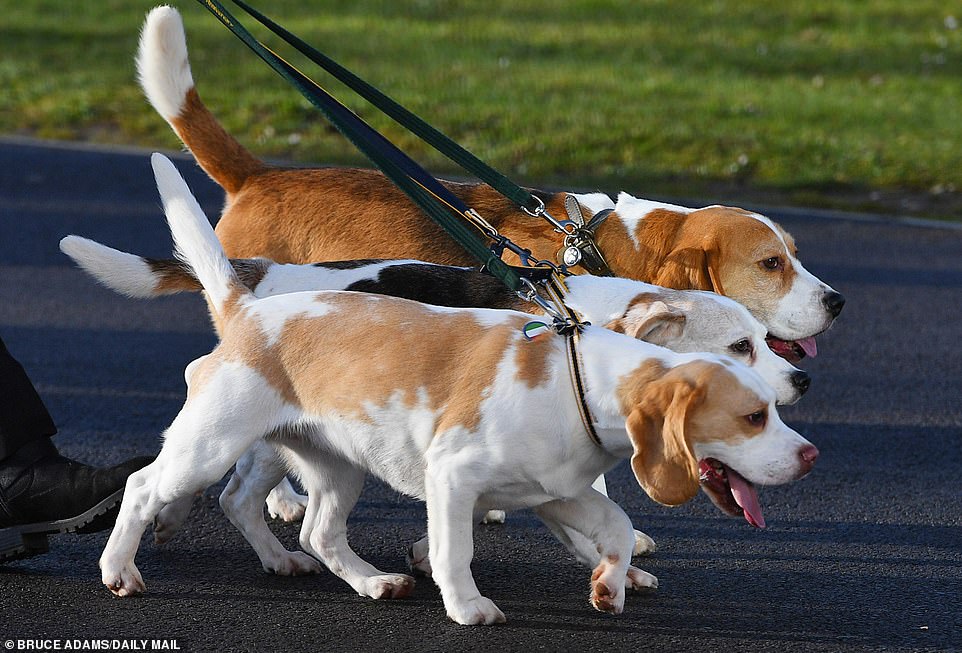 This year’s Crufts has attracted more than 160,000 visitors so far to witness canines taking part in categories such as gundog, working and pastoral. But these beagles will be set to compete in the hound category this afternoon as the competition hits its final day in Birmingham, West Midlands 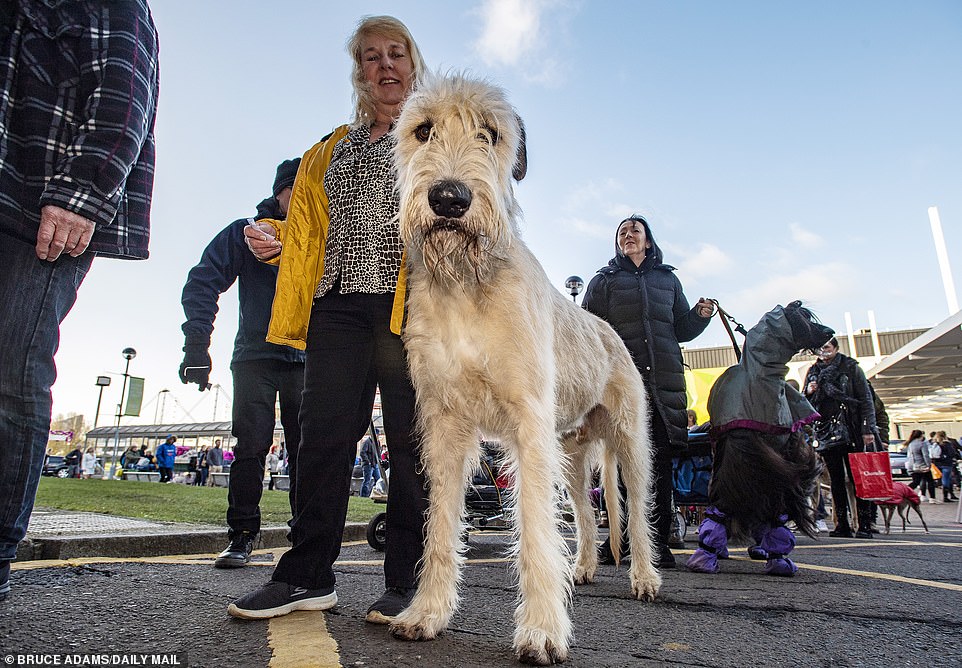 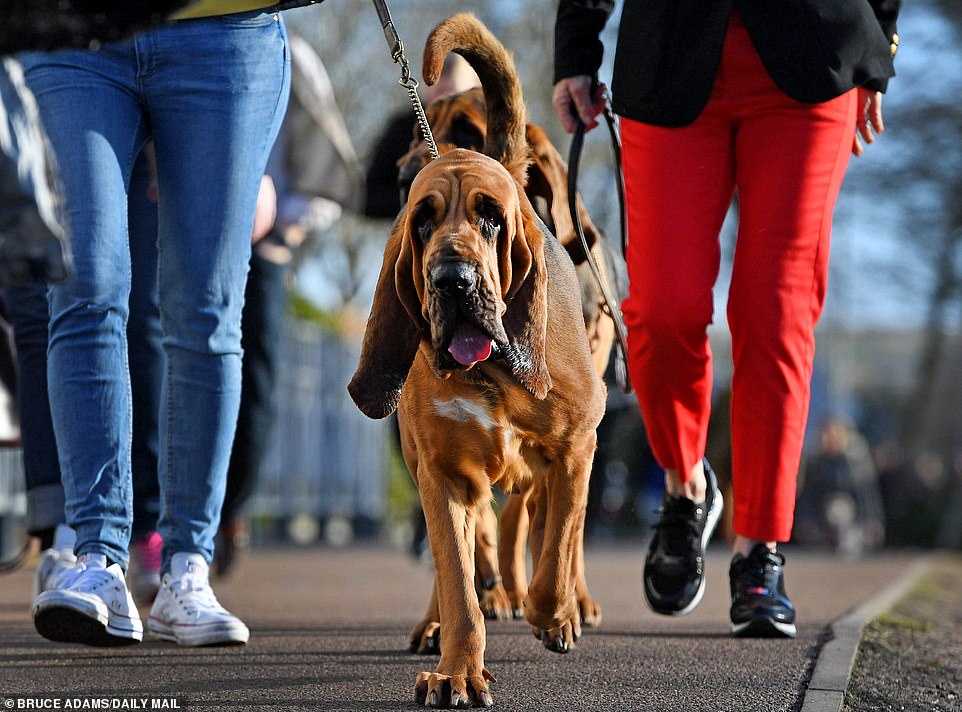 Blood hounds are pictured heading into the competition at the NEC in Birmingham, West Midlands, today were the Best in Show will be announced this evening 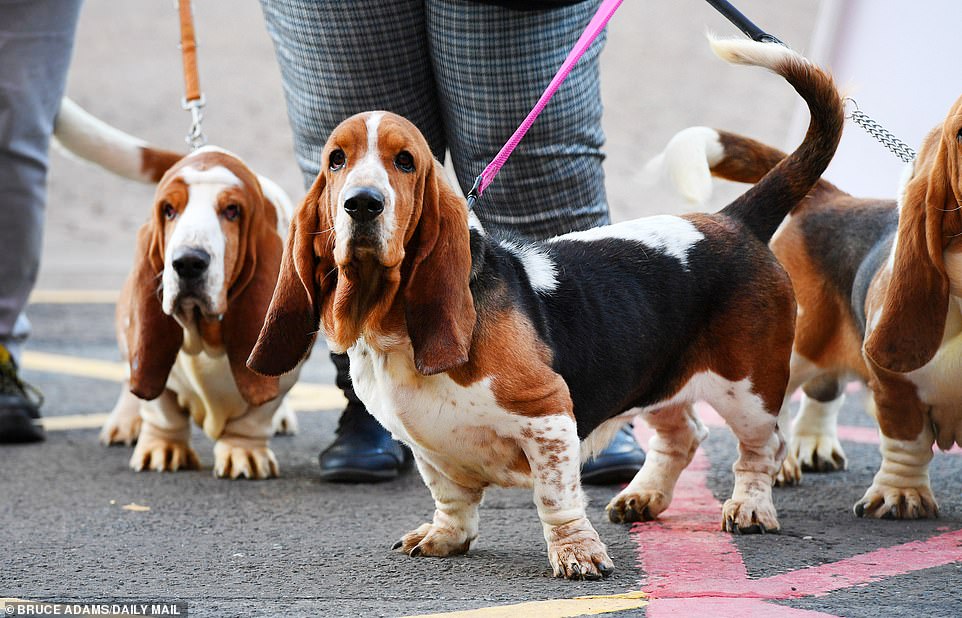 Bassett Hounds – second only to the Bloodhound in their scent tracking abilities – are pictured today outside the NEC in Birmingham, West Midlands, as they prepared to head in and compete in the final day of Crufts 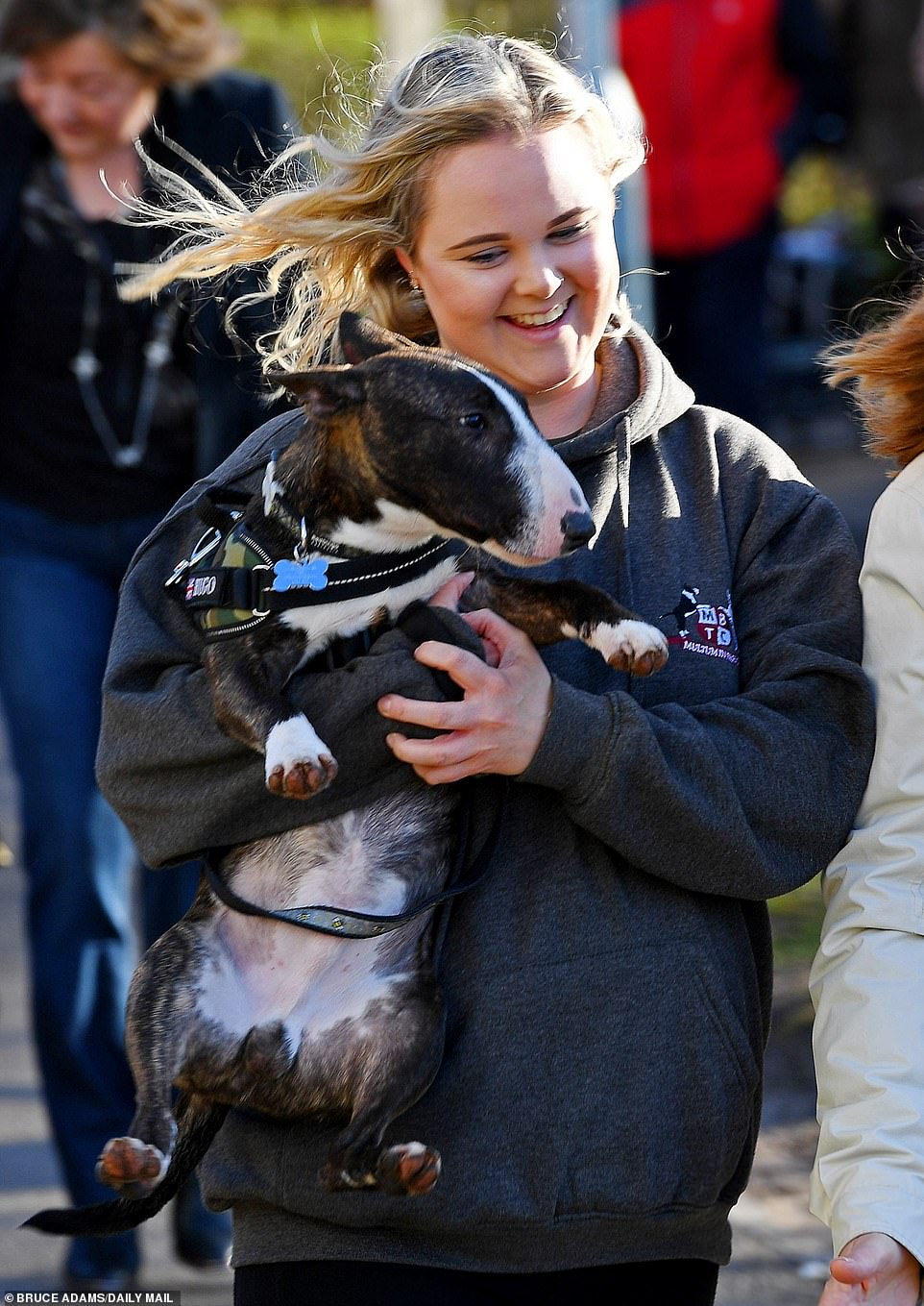 An English pitbull is cradled by its owner outside the NEC in Birmingham, West Midlands, this morning as it prepares to compete in the terrier category 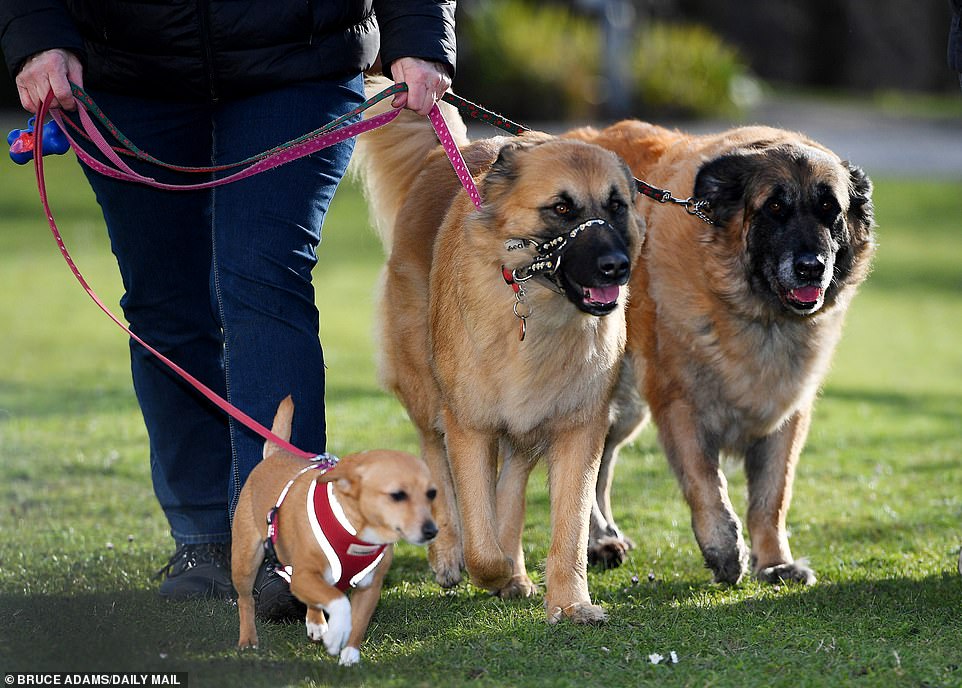 Terriers and hounds were seen trooping into the NEC in Birmingham, West Midlands, this morning to take part in the prestigious competition as it entered its final day