SHOPPERS at the UK's 'big four' supermarkets have been left “feeling sick” after finding green chicken in their roasts.

Customers complained about the meat online after buying it from Tesco, Sainsbury's, Asda and Morrisons. 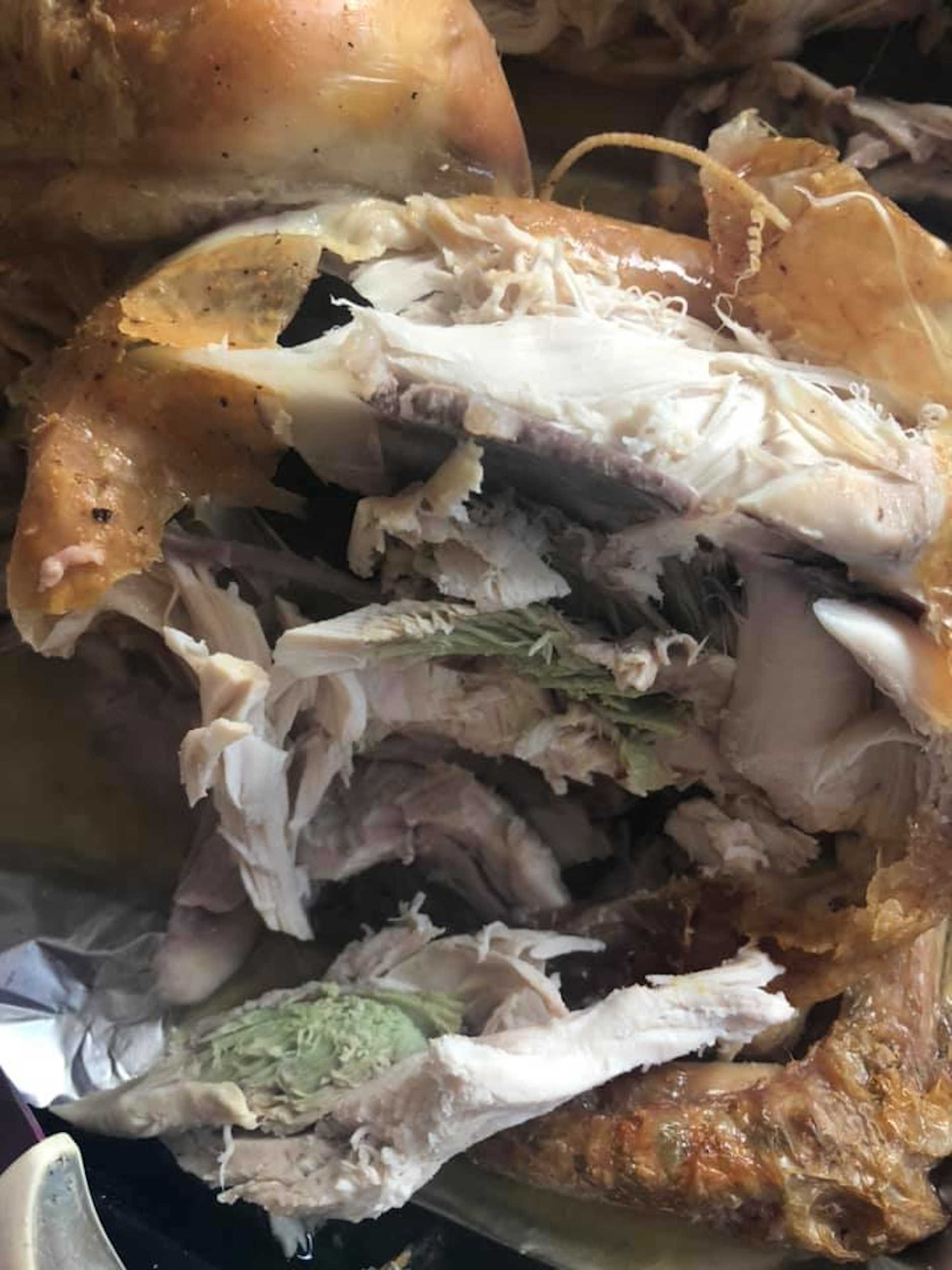 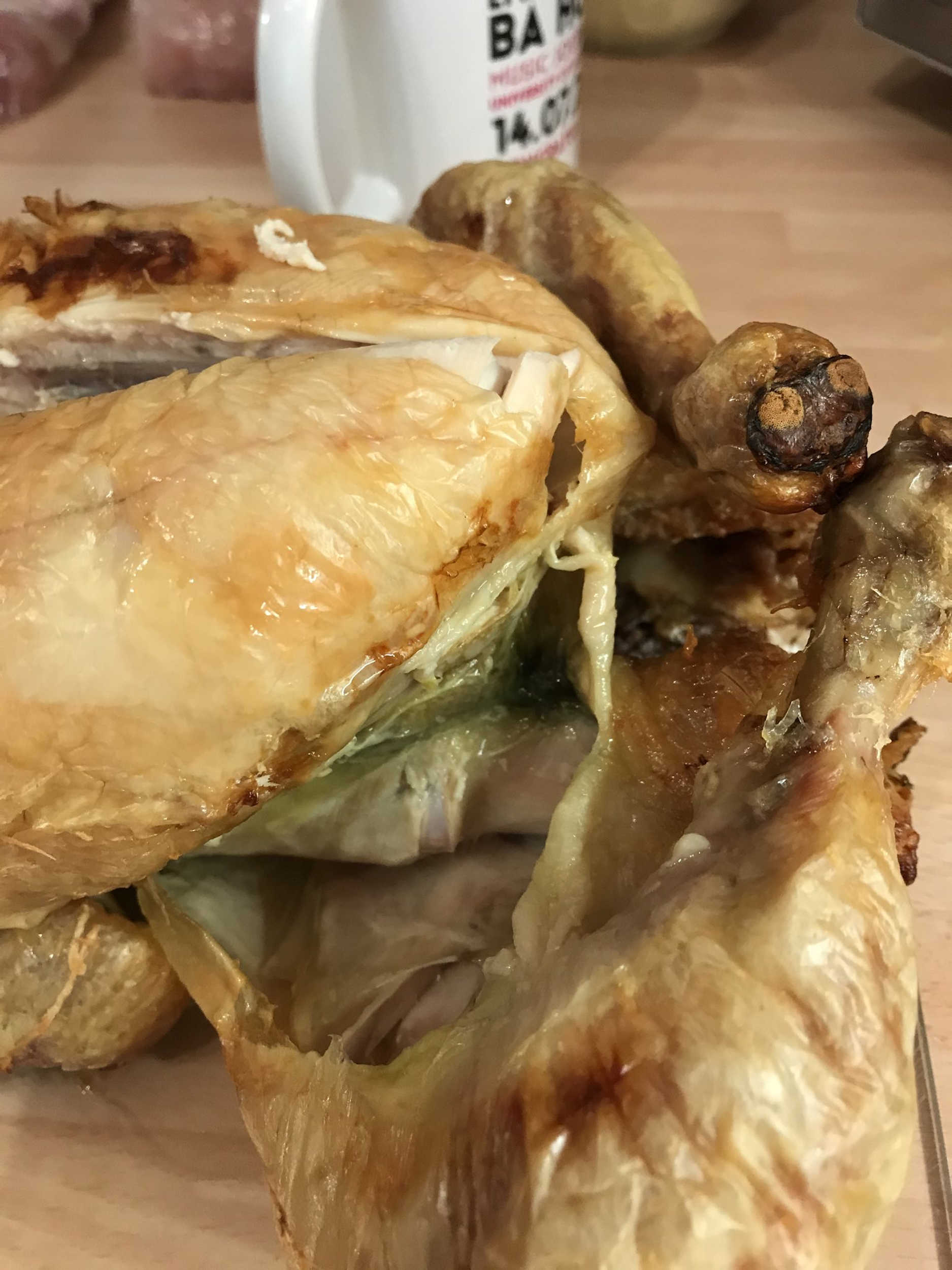 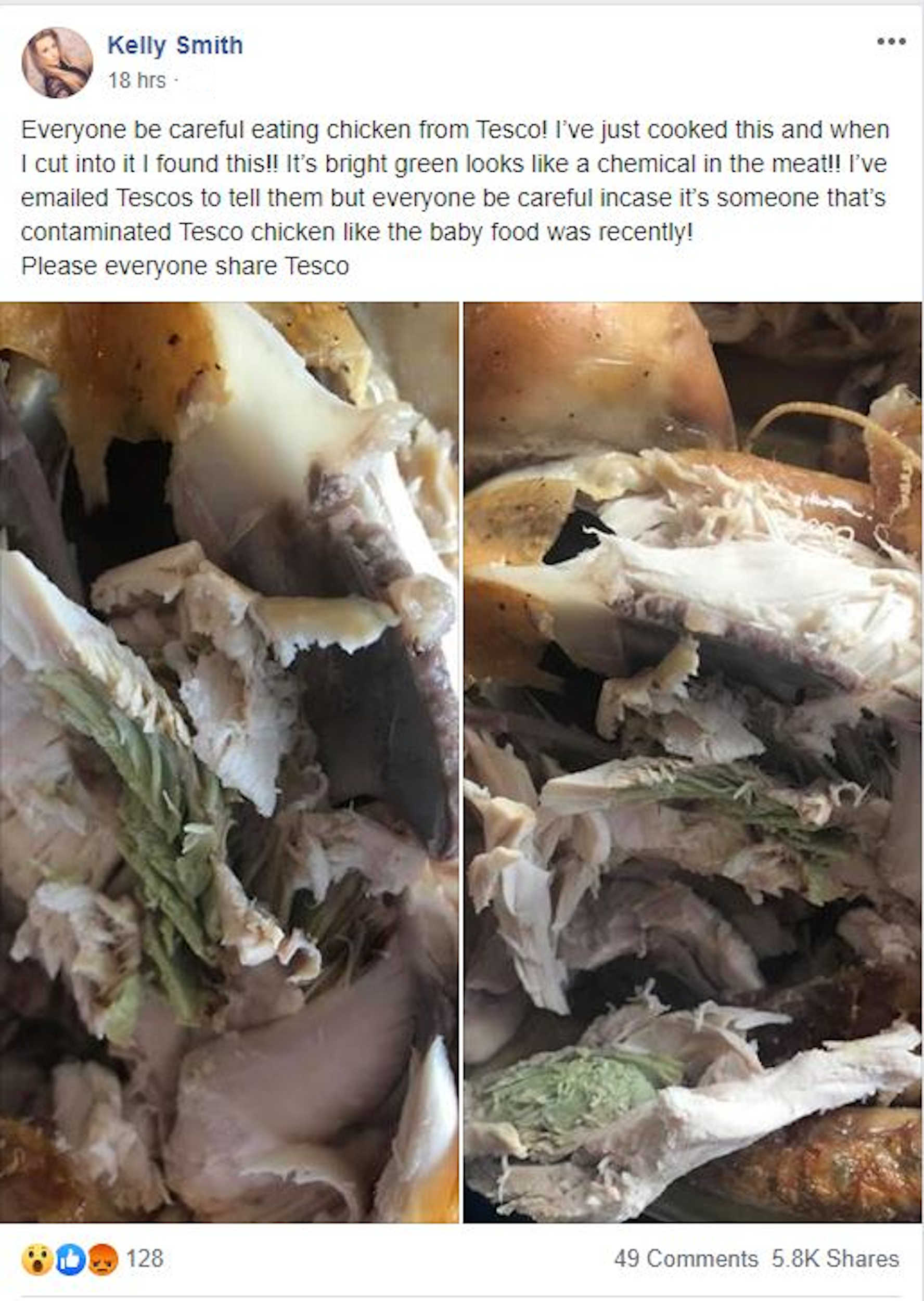 Several photos posted on social media show a green stain running through the bits of flesh – causing many customers to complain.

The colour is thought to be caused by Oregon's disease or ‘Green Muscle Disease’ – although individual chickens would need to be tested to confirm this.

The disease occurs when birds flap their wings too vigorously, causing the muscle fibres to starve of oxygen and turn green.

It is more common in broiler birds, any poultry raised specifically for their meat, who are kept inactive for long periods of time.

The colour is only discovered when meat is cooked and cut into – but is still said to be safe to eat.

It is unclear whether the chickens sold recently came from the same supplier..

Kelly Smith from Yateley, Hampshire took to social media to warn others on Monday.

Posting a selection of snaps of her green chicken , she wrote: “Everyone be careful eating chicken from Tesco!

“I've just cooked this and when I cut into it I found this! It's bright green looks like a chemical in the meat!”

Natasha Probert, who bought a cooked chicken from her local Sainsbury's in Biddulph, Stafforshire had the same issue.

She posted photos of the £5.50 chicken, writing: “My rotisserie chicken is green!”

Twitter user @Gilly45 tweeted a photo of her green meat from Sainsbury’s, which the supermarket soon apologised for.

“Green muscle meat is not harmful but certainly not appealing and is off putting”. The team assured the customer they would look into her complaint.

Morrison's customer Amber North was left “feeling sick” after cooking her roast chicken – only to find it had turned a putrid green inside.

She wrote on Twitter: “The smell made me feel so sick! Lucky our children didn't eat any before we realised it was green.”

A Sainsbury’s spokesperson told the Sun Online: “We have apologised to Natasha and Gilly for this rare, unpleasant find and are investigating with our supplier.”

A Tesco spokesperson said: “We’re sorry to hear about this. We want to ensure the highest standards for all of our food.

"We would ask the customer to return the product to her nearest large store so we can investigate this further and arrange a full refund for her.”

The Sun Online has contacted Asda and Morrisons for comment. 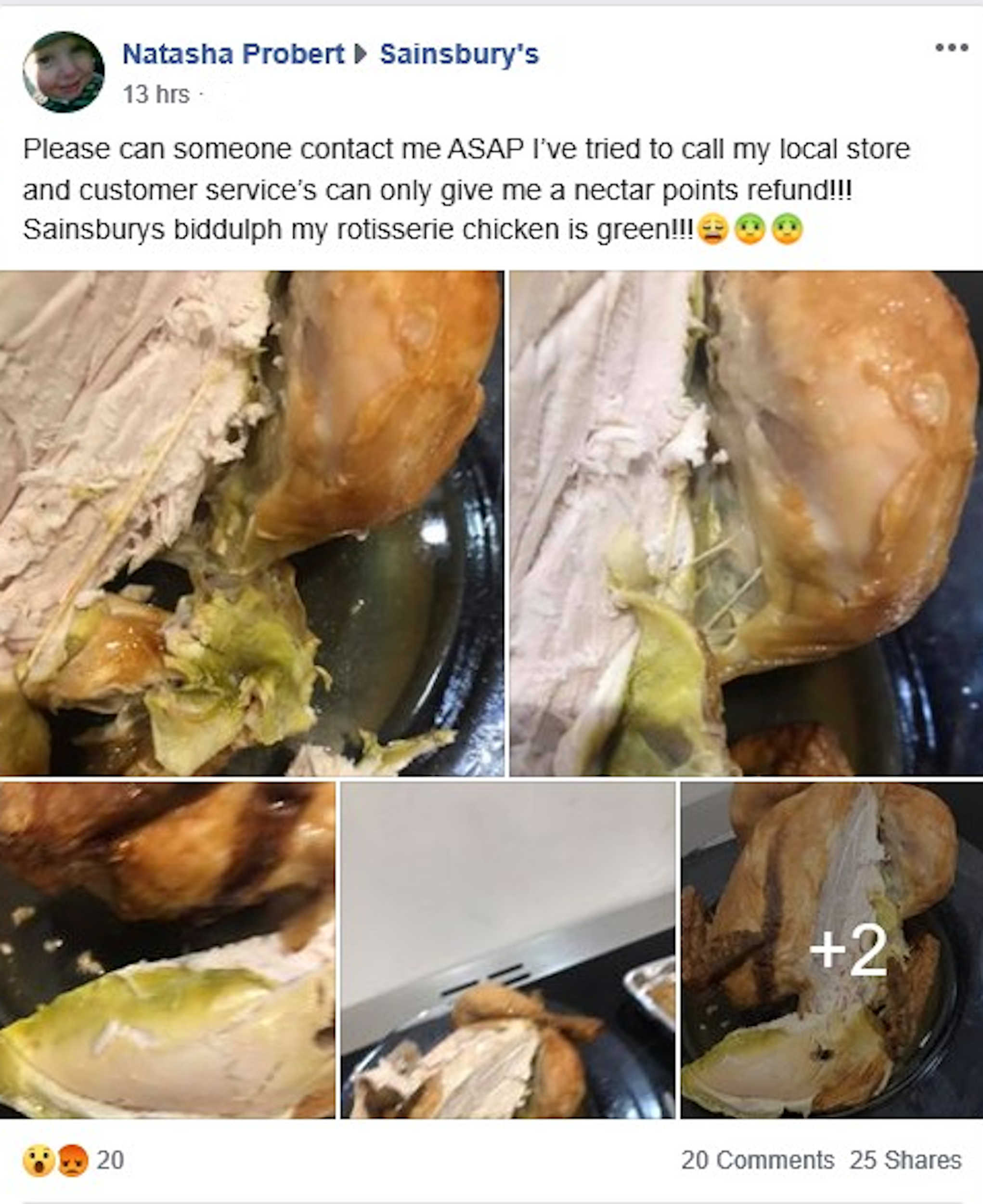 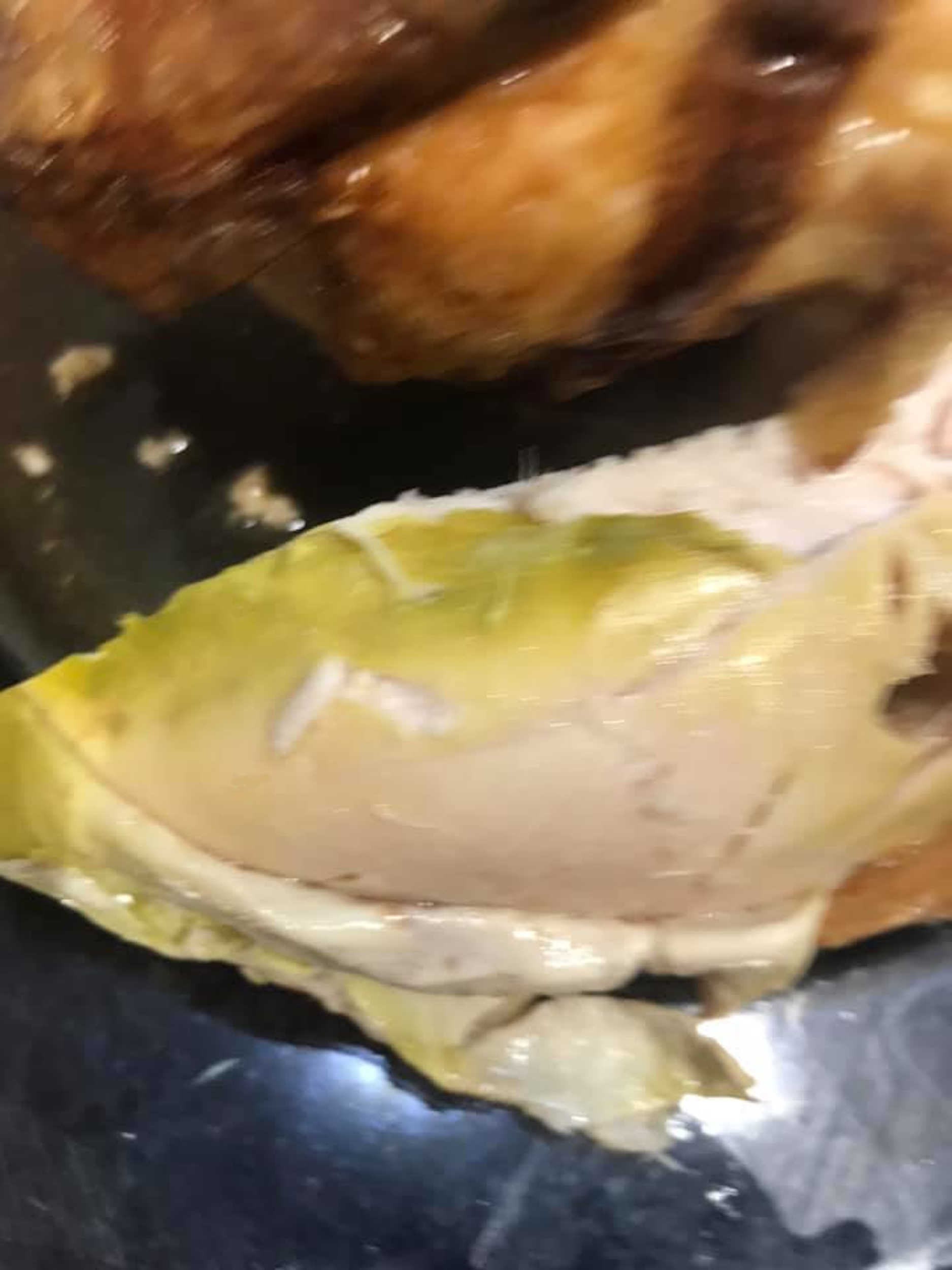 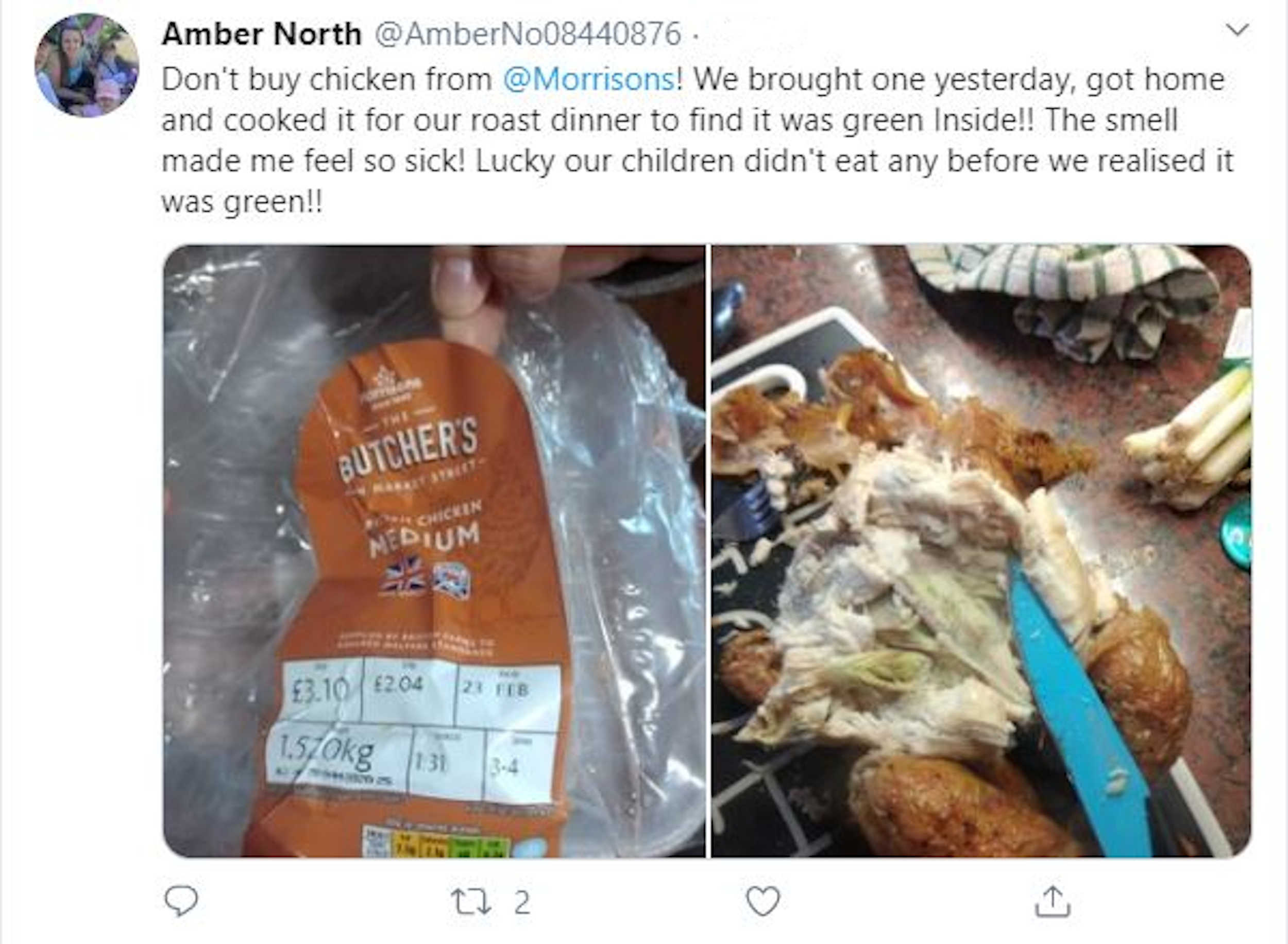 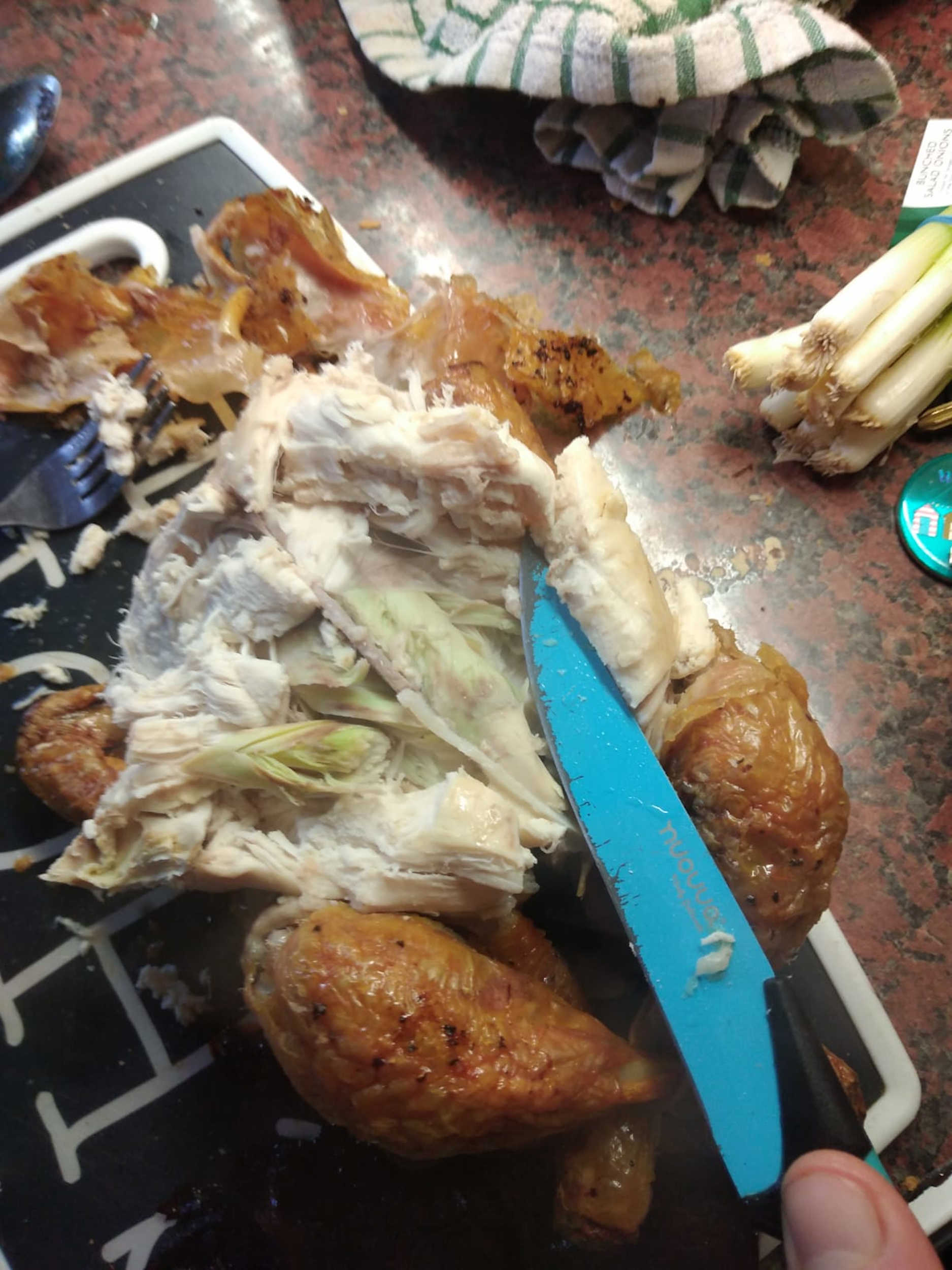