Spanish children will be allowed outside to play after campaign by parents, including pop star Shakira, warned it was cruel to keep them indoors after five-week lockdown – as country’s daily death toll falls from 565 to 410

Spanish children will be allowed outside to play after a campaign by parents warned it was cruel to keep them indoors after five weeks of lockdown.

If accompanied by an adult, youngsters will be able to enjoy ‘limited outings’ with effect from April 27. The recommendations have to be endorsed by Congress and the age range has yet to be decided. It is believed they will need to be 12.

Mr Sanchez has bowed to calls from autonomous communities in Spain, including Catalonia and the Basque country which launched a ‘Free our children’ campaign.

Spain has suffered less than 500 coronavirus deaths in the past 24 hours for the first time in nearly a month. Health chiefs announced today confirmed number of Covid 19 single-day dead had dropped to 410 from 565 yesterday. 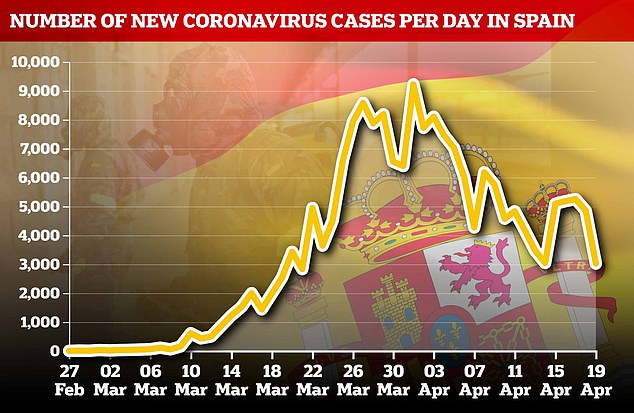 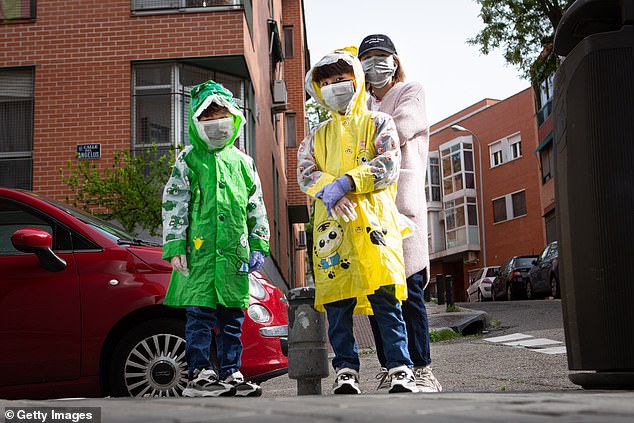 If accompanied by an adult, youngsters will be able to enjoy ‘limited outings’ with effect from April 27. Pictured: A Chinese family in Madrid wear masks as they walk in Madrid

Mr Sanchez stressed the government was aware of the reality that many children live in homes of 40 or 50 square metres and of their need to ‘go out into the street to oxygenate themselves.’

‘We will define in the coming weeks what will be the criteria, requirements and motivations for children to leave and under what safety criteria,’ he added.

Pop star Shakira had previously called on politicians to let children out so they can get fresh air to protect their physical and mental health.

The Barcelona-based Colombian, whose sons Milan and Sasha are seven and five, said last month: ‘Knowing the difficult situation of parents with small children in this difficult period of quarantine, I empathise with those that don’t have an outside space or balcony so their children can breathe fresh air.

‘If going out to walk dogs is allowed or adults can go out for shopping trips, a solution needs to be found that grants children who need sun and fresh air for their mental and physical health that same right.

‘I would urge the government to consider a policy that permits a responsible adult to take a child out for a walk, although it is subject to the restrictions decided by experts and always respecting social distancing. 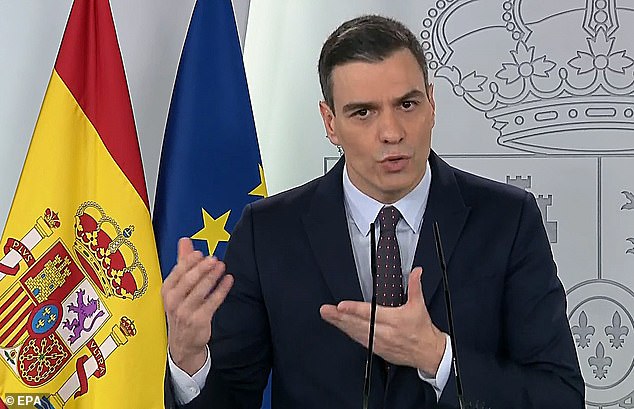 ‘Children are becoming the real champions of this social drama and we should think about their wellbeing.’

The Prime Minister said the country couldn’t go to ‘phase two, to de-escalation’ because the achievements are ‘insufficient but above all fragile and we cannot put them at risk with hasty decisions.’

However, he praised the exemplary behaviour of Spanish residents since the State of Emergency was imposed on March 14th and with which ‘we have saved tens of thousands of lives.’ 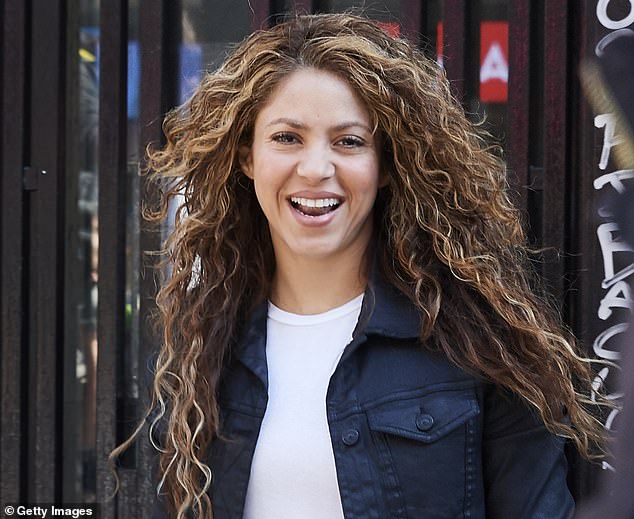 Mr Sanchez said the new extension from April 26 to May 9 would not be like the previous ones as ‘we will be in varying States of Emergency. The progress of these five weeks allows us to make decisions.’ This will probably mean confinement will be relaxed first in such regions as opposed to others.

Spain will aim to comply with the six guidelines set by the World Health Organisation to achieve the ‘new normal’, measures such as having those infected by the coronavirus controlled and identified or that the health system is in ‘conditions’ to detect each new case.

The Prime Minister said they doubled the daily tests, from 20,000 to 40,000 daily. He also stressed that 42 percent of those diagnosed have already conquered COVID-19, one of the highest rates in the affected countries.

Downing Street has warned people should think carefully before booking any summer holiday, with Transport Secretary Grant Shapps admitting he would not commit to a break.

But Mrs Armengol insisted she wasn’t writing off the possibilities for islands like Majorca and Ibiza which depend heavily on British tourism.

She told respected daily Diario de Mallorca, in an interview published the same day as the new central government figures showed the number of single-day coronavirus deaths in Spain had fallen to less than 500 for the first time since March 23: ‘We don’t support the idea of giving up on 2020.

‘Whatever we can reactivate safely we must do.

‘If tourists want to come this summer and there are hotels which can receive them, we won’t get in the way.

‘On the contrary, we’ll encourage it, as long as it’s done safely.’

Her comments came as Melia Hotels CEO Gabriel Escarrer sounded a note of caution in a separate interview, insisting the ‘hibernation’ of the tourist sector was ‘inevitable’ under a coronavirus vaccine was found.

He said a ‘short-term’ solution could be Covid-19 tests for holidaymakers on departure and arrival, adding: ‘The creation of a European health passport could also help a lot.’

Spanish PM Pedro Sanchez has said the lifting of restrictions as Spain made its ‘slow and staggered’ transition back to normality will be area-based.

It will give parts of Spain which have registered far fewer coronavirus cases than the worst-hit areas of Madrid and Barcelona hope they might get the green light to welcome back British tourists before the end of the summer.

Figures announced yesterday/on Saturday for Ibiza and Formentera showed it had registered no new coronavirus cases in the previous 24 hour period.