A TODDLER who was found starving and severely dehydrated with broken bones all over her body was subjected to 18 months of torture, an affidavit claims.

Her 24-year-old mother Celia M. Lara-Licon was arrested earlier this month after she allegedly told Missouri state child welfare workers that she had been abusing her daughter because she was "frustrated". 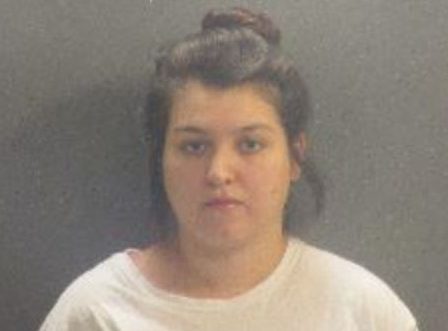 The woman brought her three-year-old daughter to a hospital, telling doctors she had been continuously vomiting.

A medical examination found she was suffering from malnutrition, fractures to nine bones, bruising, severe dehydration and kidney failure.

Due to the severity of her condition, she was flown to the Children’s Mercy Hospital in Kansas City, where she was treated in the pediatric intensive care unit according to a probable-cause affidavit and as reported by the Joplin Globe.

She was additionally diagnosed with laceration of her pancreas and pancreatitis caused by blunt force trauma to her abdomen.

Doctors said the child had not been seen by a medical professional for almost 18 months.

A physician specialist classified the alleged abuse as “child torture", the affidavit said.

An investigation was launched with the Missouri Department of Social Services and Joplin Police.

Lara-Licon allegedly told investigators she was “frustrated" with her daughter and hit her several times.

She was arrested and charged with two counts of first-degree domestic assault, child abuse and child endangerment on Wednesday.

She is currently being held without bond in Jasper County, southwest Missouri.

Her next hearing is scheduled for April 1.

Last month, two parents were arrested after their toddler was found with a fractured skull and was so malnourished he ate his own feces, officials said.

Jade Newman, 21 and Delane Bostic, 25, were arrested after their two-year-old was found weighing 18 pounds with broken bones all over his body, county officials said.

And distressing footage showed a Texas woman sitting on a toddler leaving the child struggling to breathe.