A Swedish police officer was shot and killed on Wednesday night while on duty in Sweden in what is a rare occurrence in Nordic countries.

The police officer, a man in his 30s, was shot during a patrol of the Gothenburg suburb Biskopsgarden which has been plagued by gang violence in recent years.

Caretaker Prime Minister Stefan Lofven today expressed outrage at the murder, calling it an ‘attack on our open society’.

Sweden today held a national minute of silence to honour the slain officer. 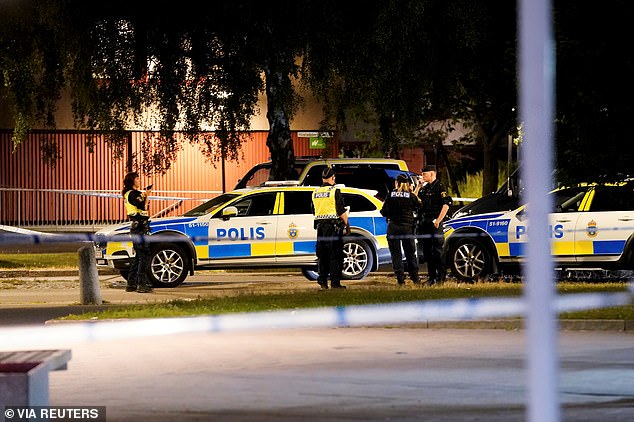 There has been an increased police presence in the suburb of Biskopsgarden, Gothenburg due to increasing concerns of gang violence in recent years 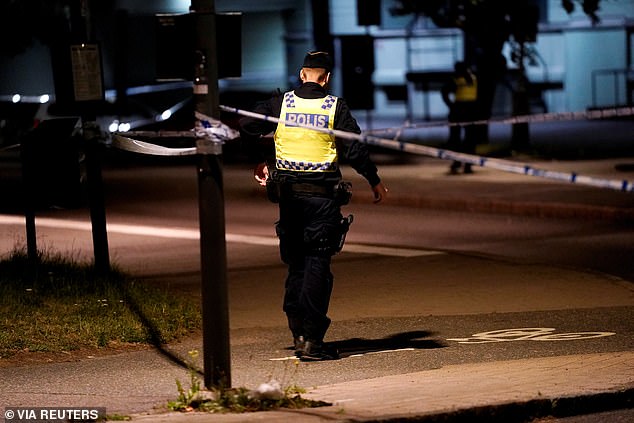 The officer, a man in his 30s, was killed while on duty patrolling the streets of the Gothenburg suburb

‘It is with great sadness and dismay that we received the news that a policeman was shot to death last night,’ Lofven told a news conference. ‘We will never back down in the struggle against organised crime.’

Local police said they did not know why the officer had been attacked. They had a description of the shooter but said no arrests had been made in connection with the shooting.

Right-wing opposition leader Ulf Kristersson, who earlier on Thursday abandoned his attempt to form a new government after Lofven lost a no-confidence vote last week, urged Sweden to rally and defeat what he called ‘domestic terrorists’.

The crime has shocked a country where fatal attacks on police officers are rare.

Only three Swedish police officers have been killed in the last 20 years, including Wednesday’s victim.

But a report published this year by the Swedish National Council for Crime Prevention said the country had some of the highest levels of fatal shootings in Europe and that no other country had seen as swift an increase as Sweden. 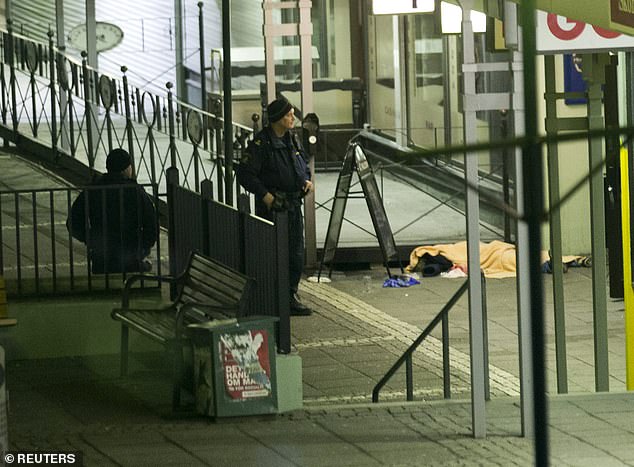 Sweden has some of the highest levels of fatal shootings in Europe. Two people were killed and 15 wounded in a gang-related incident in Gothenburg in 2015

Gang violence has been in the spotlight as of late following a number of shootings and explosives attacks, some of which have killed innocent bystanders.

The issue has become a political battleground as experts disagree over the causes of Sweden’s gang problem.

Sweden’s tax laws, segregated urban areas, immigration policies and an increased drug trade are among some of the potential reasons cited by the experts.