Sweden’s top virologist admits mistakes: Expert says too little was done to protect elderly, he wrongly predicted Wuhan would contain Covid-19 – but non-lockdown is NOT among his errors

The virologist leading Sweden’s relaxed response to the coronavirus pandemic has admitted that elderly people have been left vulnerable – and acknowledged that he was wrong to play down the crisis in January.

Anders Tegnell said too little was done to protect people in care homes, which are thought to account for as many as half of Sweden’s 2,462 deaths.

Admitting his mistakes on SVT television, he accepted he was wrong to predict that the virus would be contained in Wuhan, but said he did not have a ‘crystal ball’.

However, Tegnell is not backing down on his lockdown-free strategy – which Sweden believes is more effective in the long term despite the mounting death toll. 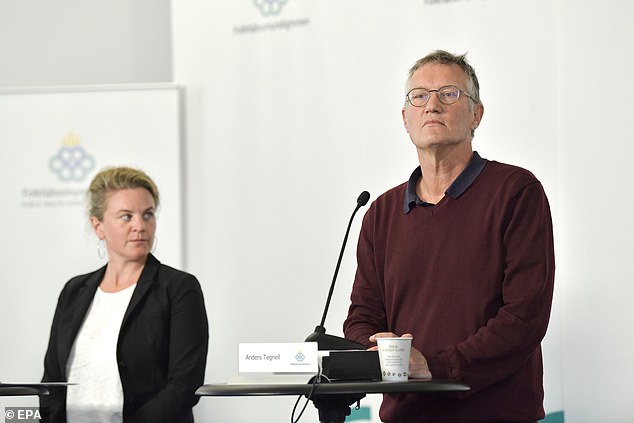 Sweden’s top epidemiologist Anders Tegnell, right, has admitted a series of errors in the government’s handling of the coronavirus pandemic

Tegnell said in January that there was ‘no need to worry’ about the virus, arguing at the time that there was no reason to shut down travel from China.

The public health chief spoke confidently about Wuhan’s ability to contain the epidemic, saying that the new virus did not appear especially contagious.

A statement from Tegnell’s Public Health Agency said on January 16 that the risk of the infection spreading to Sweden was ‘very low’.

Asked about those predictions on Tuesday night, Tegnell said he was ‘far from alone in this assessment’.

His initial optimism was based on the SARS and MERS outbreaks – two previous coronaviruses which had not led to a pandemic, he said.

SARS resulted in around 8,000 cases around the world while MERS caused only around 2,500 infections.

Tegnell was also asked about the influx of new cases from Italy, some of them linked to ski trips when the government was not advising against them.

Not until March 6 did Sweden advise against non-essential travel to northern Italy, the first major epicentre of the crisis in Europe.

Tegnell said on Tuesday that the government based its strategy on information coming from Italy, which it regarded as reliable.

‘The virus was much more unpredictable than we initially thought. After all, developments in Italy became violent, even though Italy had taken drastic measures to begin with,’ Tegnell said.

He added: ‘We have to make an assessment based on where we stand. We can’t try to look in a crystal ball and try to guess how it will be going forward.’ 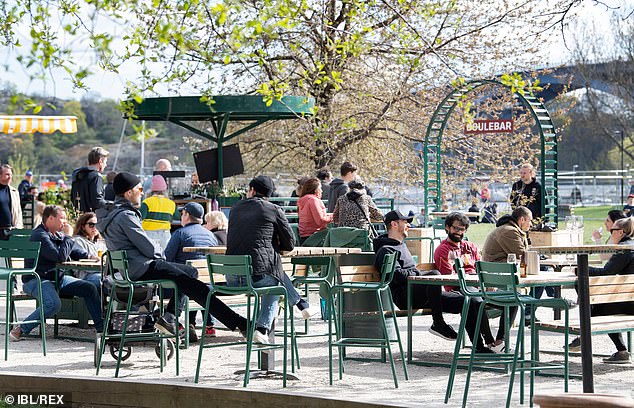 People sit outdoors in a park in Stockholm last weekend, enjoying a freedom to go outside which has been heavily restricted in most of Europe 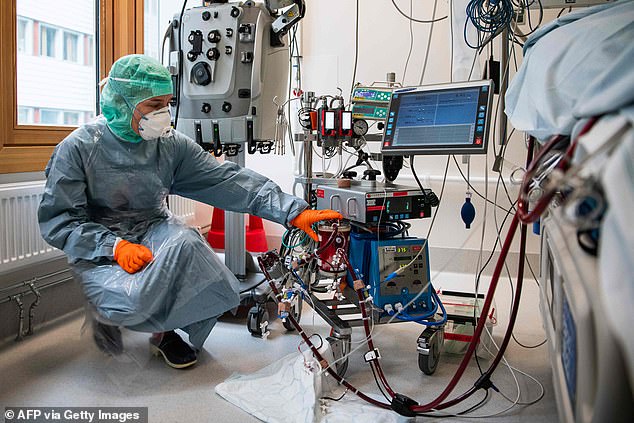 On top of that, Tegnell blamed ‘a lot of different players’ for a failure to improve elderly care ‘before we got into the situation we are in today’.

Tegnell said the virus appeared to have spread more rapidly in Swedish care homes than in some other countries, but said it was not clear why.

Swedes have been banned from visiting care homes in one of the few restrictive measures that the government has imposed.

Tegnell has previously argued that a lockdown would hardly have prevented the thousands of care home deaths when the visit ban was already in place.

In his latest interview he said that other countries including Britain had suffered equally bad death rates despite imposing drastic lockdowns.

Sweden cites the ‘high level of trust in government agencies’ as a reason for its relaxed approach, saying that advisory measures are generally accepted.

Some Swedes have even had Tegnell’s face tattooed on their arms in a tribute to their top virologist. 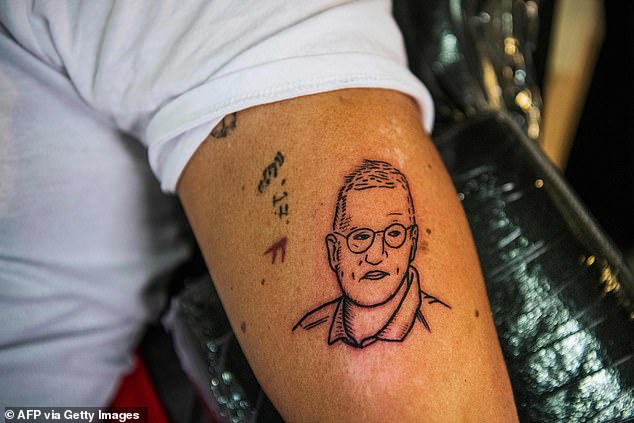 Gustav Lloyd Agerblad displays his tattoo of Sweden’s state epidemiologist, Anders Tegnell – the face of Sweden’s response to the pandemic 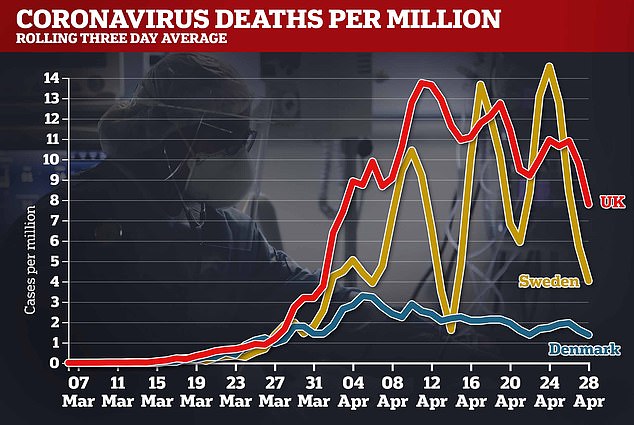 This graph shows the number of deaths per million, which has mostly been higher in Sweden than in Denmark, although Sweden’s figures tend to fluctuate wildly at weekends

However, some doctors and academics have raised concerns as Sweden piles up cases and deaths more quickly than its Scandinavian neighbours.

Sweden has recorded 2,462 coronavirus deaths compared to only 443 in Denmark, a difference not adequately explained by the size of their populations.

Denmark has already sent children back to primary schools and re-opened some businesses including hair salons and driving schools.

Tegnell has previously said that Sweden may have passed the peak of the epidemic in mid-April and that Stockholm was already developing herd immunity.

Studies suggest that more than 20 per cent of Stockholm’s population have already been infected with the virus.

Herd immunity is achieved when so many people are immune that the virus will not spread through the population and even those who are still susceptible will not be exposed.

However, the World Health Organisation has warned that it is unclear whether every virus patient subsequently develops immunity, or for how long.