Teenager, 15, becomes one of Britain’s youngest blacksmiths after watching US reality show Forged in Fire and teaching himself through YouTube videos

A teenager has become one of the youngest blacksmiths in Britain after he taught himself through YouTube tutorials aged just 13.

Jacob Shafe, now 15, runs his own blacksmith business on the side in between practising karate and going to school.

There are only thought to be around 600 blacksmiths left in the UK but Jacob hopes to carry on the traditional trade when he leaves school in three years.

He initially became interested in the vocation after watching Forged In Fire, an American reality TV show where contestants compete to forge tools. 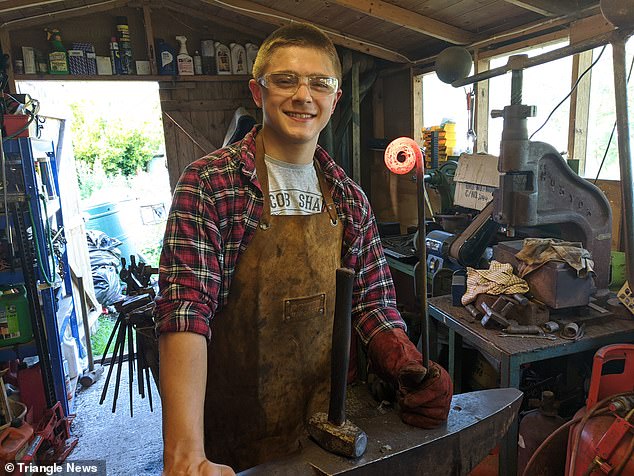 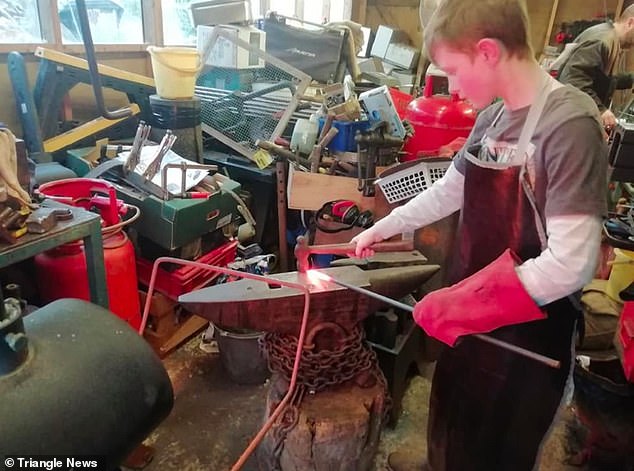 And his dad Chris, 42, then told him that he had his grandfather’s old anvil in the workshop where he works as a gun restorer and repairer.

Chris said: ‘Jacob has always had an interest in hands-on things. It really came to the fore when he began watching Forged In Fire and then when I told him I had an anvil that was his grandfather’s. He wanted to have a go, so I picked up a forge and he’s been doing it ever since, getting better and better.

‘He’s never happier than when he’s doing karate or his blacksmithing. He’s got a natural talent for practical applications.

‘Obviously I’m biased as I’m his dad but he’s very capable and when you put into the fact that he’s only 15 it’s amazing. Most 15 year olds – I hate to be stereotypical – but they’re either up to no good or playing on the Playstation.

‘He’s taken to it like a duck to water.’

The anvil has been passed down through four generations of the Shafe family, initially belonging to Chris’ grandfather and then his uncle before he took ownership of it.

It had been sitting in his workshop in West Hythe, Kent, where he works on repairing, restoring and selling firearms, until Jacob showed an interest in learning how to use it.

After initially learning how to use the forge and anvil under his dad’s careful supervision, he then looked to YouTube for extra tuition.

And the results are amazing – he now sells bottle openers at a local brewery and garden utensils like hanging basket brackets via a nearby garden centre. 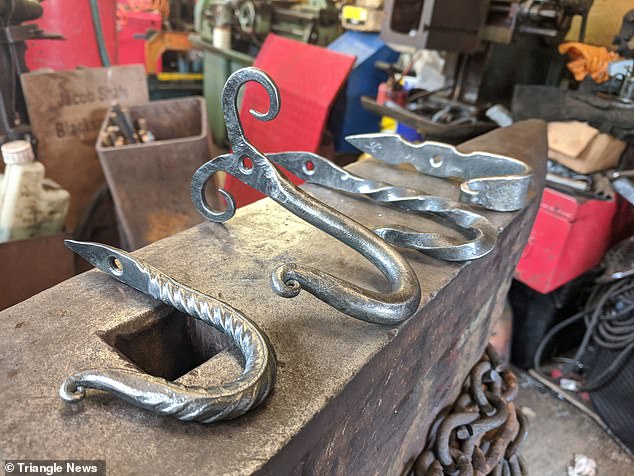 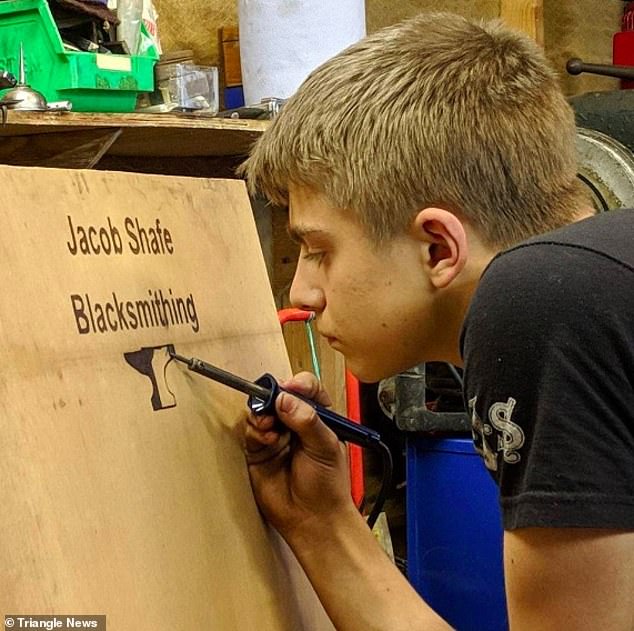 And he now has his own YouTube channel where he creates and restores items and shows off his metal work.

Chris, of Hythe, Kent, added: ‘I think we’re turning away from mass produced stuff and a lot of the country fairs are seeing much better attendances. There is this fondness to look back and when you get something that’s handmade and that a blacksmith made out of steel, you will be passing that down to your kids.

‘It’s not like the mass-produced stuff you’d buy on eBay and then bin it – this is stuff you’d pass down for years.’

Jacob says he is now looking at apprenticeships and metal work courses to decide whether he wants to take smithing forward as a full-time career.

Jacob said: ‘I became interested in blacksmithing because I loved the idea of being able to make anything out of metal, I thought it was just an amazing concept. 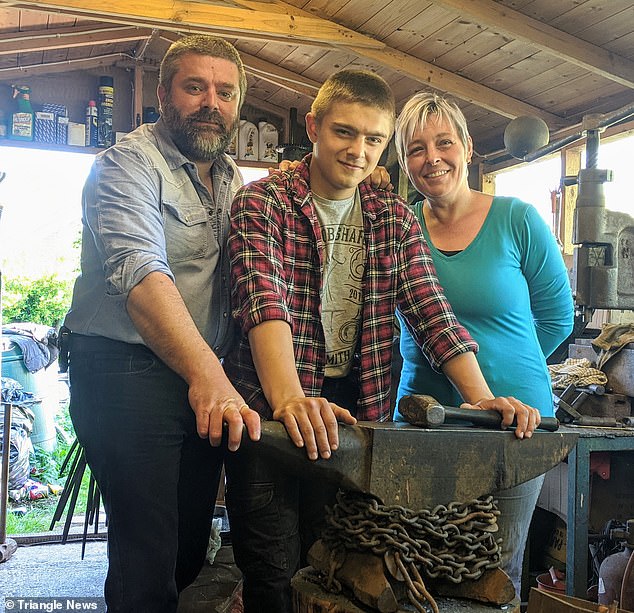 Jacob, with dad Chris (left), 42, and mother Emma (right), 45, uses his grandfather’s anvil that was passed down to him

‘I also became interested in it because it is really fascinating to try and fathom how much hard work and effort it took to do blacksmithing back when they had no electricity to help in their craft.

‘I’m also keen to learn and use some of the ancient blacksmithing techniques and bring them into the 21st century.’

And he added: ‘In the future I see myself with a good skill set for my craft and possibly even other crafts that I may wish to take up alongside it.

‘I have a good attitude for business and a good work ethic and if I get good enough at it then I can make a very good income from both the blacksmithing and my YouTube channel.’

Blacksmithing originated in the Iron Age, and reached Britain in around 450BC.

As the production of iron increased, so too did the number of blacksmiths, but the practice exploded in the 13th century.

But the village blacksmith almost disappeared after the Second World War when mechanisation became widespread.