A teenager is fighting for his life in hospital after being stabbed in the chest in a mass street brawl.

At about 4am on Sunday, police responded to reports a number of men had been fighting on Church Street, near to River Island.

One of the men is in a critical condition in hospital after sustaining a stab wound to the chest while another 19-year-old sustained a minor neck injury. 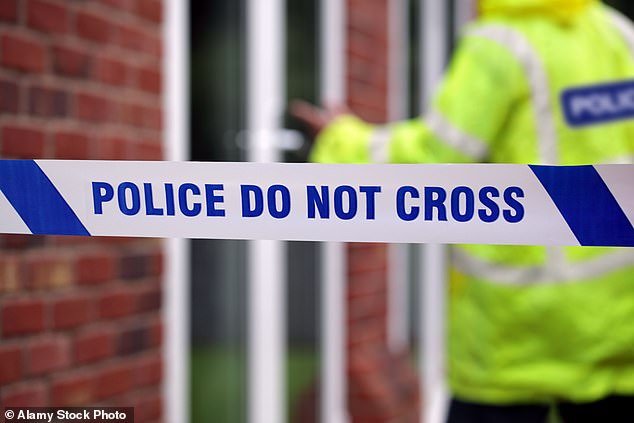 A short time later the 20-year-old man was detained on Ranelagh Street close to McDonalds and arrested on suspicion of two counts of assault, possession of a bladed article and possession with intent to supply drugs.

He is in a stable condition in hospital after suffering a medical episode.

CCTV, forensic and witness enquiries continue at the scene and cordons are in place.

Detective Inspector Mark Drew said Merseyside Police were eager to speak to anyone who may have witnessed the incident.

‘At this stage the exact circumstances are unclear, so we need to speak to anyone who was out in town in the area of Church Street who saw or heard anything around 4am this morning, or may have since heard talk of who was involved,’ he said.

‘Bringing knives on to our streets has caused devastation to so many people and their families in recent years. 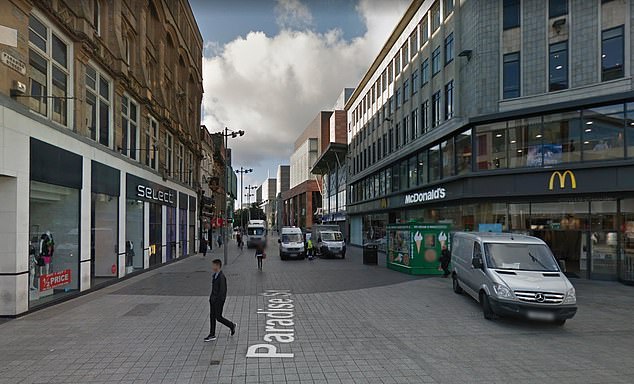 At about 4am on Sunday, police responded to reports a number of men had been fighting on Church Street (pictured)

‘We have shown that when people tell us what they know about who is carrying knives and where they are being stored, we will and have taken positive action to remove knives and those who recklessly carry them from the streets.

‘We understand the fear and harm that knife crime causes across the country, and Merseyside Police invests significant resources into carrying out warrants, stop checks and searches to target offenders who carry knives.

‘In recent weeks and months, we have seized large numbers of weapons and made significant arrests connected to knife crime. Much of this is down to the information our communities provide, so please come forward.’

Anyone with information is asked to contact Merseyside Police or 101 with reference 136 of Sunday March 1. Alternatively, you can speak to Crimestoppers anonymously on 0800 555 111.